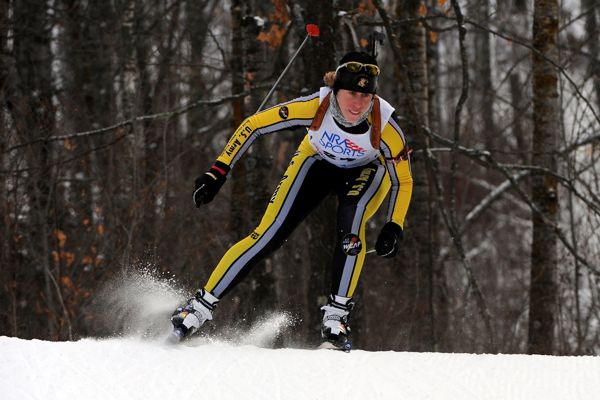 Photo by The U.S. Army

Whether it’s surfing, snowboarding, hiking, volunteering, or just chucking all stereotypes aside for a chance to redefine herself, if a woman’s doing it, SheJumps supports it.

THERE IS A SAYING about how well-behaved women seldom make history.

Though women don’t have to be criminals to make the news, many would probably agree they do have to do extraordinarily outstanding things to receive the attention and kudos they deserve.

For example, we usually think about men when it comes to playing sports like football, baseball, soccer, and hockey.

But even if women aren’t winning gold medals or climbing the world’s highest mountains, that doesn’t make them any less worthy of the attention and support they deserve for taking a risk and trying something new.

With that in mind, Vanessa Pierce and Lynsey Dyer co-founded SheJumps, a non-profit organization that supports women who want to take the “jump” and do something courageous. This may mean putting on a pair of skis for the first time or working up the courage to travel solo.

The jump may be different for each girl or woman, but SheJumps feels that every one of them deserves the support she needs to follow through on her goals while feeling part of a larger movement of women that are achieving great things in ordinary ways.

In a culture where cut-throat competition dominates, it was important to the founders of SheJumps simply to empower.

“We really felt like we needed to create a community where not only were women supported but where women could come together to show that they were part of a whole. We also wanted to acknowledge what women were doing that was so incredible on a daily basis.”

The organization is 100% volunteer based and still relatively new, but it’s already got an active Twitter account, which it’s using to highlight stories about women in the 2010 Olympics, such as the participation of Marjan Kahlor, Iran’s first female Winter Olympian. 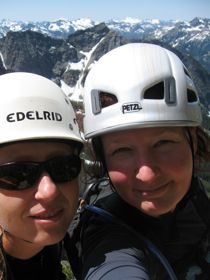 SheJumps’ website is fairly dominated with sporting news, but don’t be mistaken about its purpose. Dyer says that while athletics is one area where women are empowered to try something new and personally gratifying, it is certainly not the only kind of jump that the organization supports.

“Our vision is to represent anything that involves taking a risk. That may be a physical risk or on a philosophical basis. We want women to take a risk to better themselves, whether that’s getting out of a bad relationship or following your passion. We want to represent things that society doesn’t necessarily applaud,” Dyer says.

The organization has many initiatives. It hopes to organize programs that encourage women to get outdoors and try new sports, collect gear and lend it to women interested in pursuing outdoor adventure. It also intends to develop awareness about women’s athletics, promote and encourage responsible outdoor education, and offer an online forum for women interested in taking part in outdoor activities.

In addition to all that, though, SheJumps is collecting stories and working to build a community of women who can support each other whatever their goals and dreams may be. Thinking about selling everything you own to take a road trip to who-knows-where? SheJumps hopes the organization’s community will be able to give up a couch for you to sleep on wherever you might stop. Interested in taking up snowboarding? Somewhere in the SheJumps community could be a woman who wants to help you learn.

SheJumps is also building a collection of resources for women who hope to become more active outdoors. Among the highlights are a page showcasing “jumpers” (inspiring women who serve as role models to other women) and a list of events for aspiring or active women athletes.

For those ready to take the jump, SheJumps offers a grant program that matches women with the gear they need to get started in exchange for three blog posts about their experience.

Women who have taken their own jump are encouraged to share their stories by emailing Dyer at lynsey (at) shejumps (dot) com. The organization is also looking for sponsorships and is interested in getting in contact with women who would like to help the organization grow.

Tagged
Volunteer
What did you think of this story?
Meh
Good
Awesome

7 things to consider before volunteering abroad