Guilt and empathy are familiar emotions to backpackers in developing countries. Some backpackers try to give back to the places they visit by volunteering, some by writing, blogging, or contributing to local charities, some by giving to beggars on the street.

Viktoria Orizarska, however, decided to do something different.

This interview is about how she’s combined backpacking and charity with incredible results. 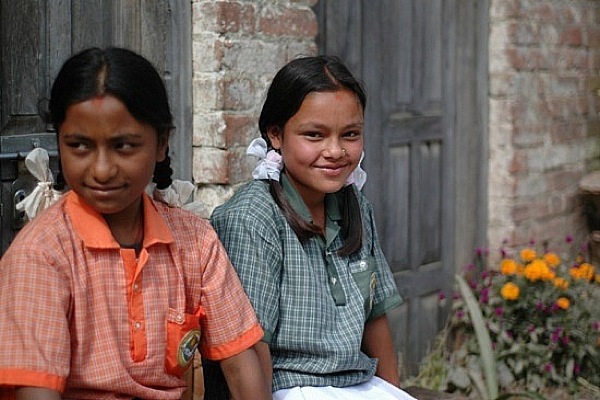 (MC): What led to the decision to quit your job and backpack for charity? How did your previous experiences as a traveler influence this decision?

During my short breaks from New York, I’d go down to South America and meet all those Europeans… on sabbatical and traveling for three, six, nine months.

I was so jealous. I even asked my boss in New York for 3 months unpaid leave… so I could go to Australia. He said no way. So when I saved enough, I just quit my job and started planning a long trip. The charity part of it came shortly after.

I happened to pick up a book called Leaving Microsoft to Change the World. … [T]he author of the book left his high flying executive job to build schools and libraries in impoverished parts of the world through Room to Read, the non-profit… he established. 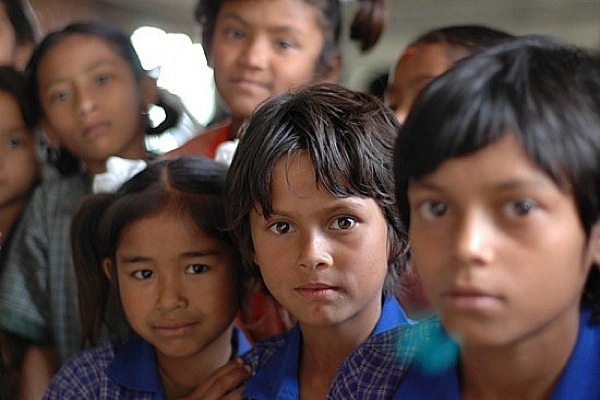 The organization also provides long term scholarship to girls in those regions, thus giving them opportunity for education, which very often is denied to them because of economical reasons and cultural prejudice. The idea to help other gals reach out for their dreams through education resonated with me. Before I even finished reading the book, I had a plan how to raise money while traveling.

What kind of response did you receive throughout your travels?

The response has been either huge enthusiasm or indifference. I still can’t quite guess who is going to be excited and who wouldn’t care. It depends more on life experience than on gender or nationality.

Many of my white male ex-co-workers, who were also keen travelers, made generous contributions, while my appeal fell on deaf ears with the professional women’s association I was involved with in London.

The most enthusiastic and generous response came from New York, partially because I have so many friends there. But the photo show/fundraiser last December was also attended by supporters of Room To Read who I didn’t know. During the photo show, Elsa and David Brule made a very generous offer to match…every dollar raised on the evening. Their gesture inspired everyone and the total for the night (match included) was $8,500.

I just learned that after their visit in Laos this February, the Brule Family has made the incredible commitment to match every dollar raised worldwide for Laos until June 30th, 2009, up to $1 million. On the upcoming April fundraiser / photo show in Sofia, I will be raising funds for girls scholarships in Laos.

My fund raising target, when I started traveling, was quite ambitious – to raise enough to help 100 girls get education. For now, I’ve raised enough for almost 100 girls to go to school for a year, but it takes 10 years to go through the full course of education. I am not giving up, though. My travel project transformed into a life project. 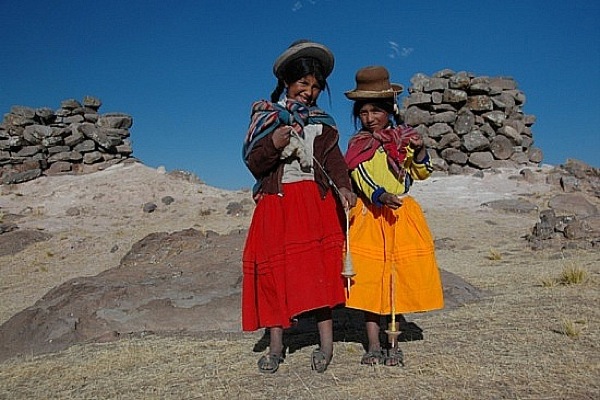 In your writing, you often mention the privilege you feel as a (comparatively) wealthy traveler in very poor countries. Do you think travelers have an obligation to give something back to the places they visit?

I don’t think giving back is an obligation, but it would be awfully nice if people don’t just go to places to drink cheap beer.

I felt terrible in India – I was, spending money to travel, to fulfill a life long dream, while people around me were surviving on a bowl of rice a day. At the same time, there were so many beggars – if I gave one rupee to everyone who begged, I would have spent all my money and wouldn’t have changed the world the slightest.

At the end of the day, everyone decides for themselves how much to take and how much to give to the world.

First, Room to Read has an established track record – they have been around since 2000. They are very efficient and keep low overhead, so more of the money I raise goes to the people that really need it. Also, Room to Read is respectful and works with the local communities…. Last but not least, everyone I met that works with RTR is incredibly motivated and very impressive… and I met people in 5 different countries – UK, US, Australia, Nepal and Vietnam.

Most importantly, I chose RTR because they were addressing an issue that I deeply cared about – young women’s access to education. I come from Bulgaria, an ex-communist country – for me school was a birthright. Young women in Bulgaria were encouraged to pursue whatever career they chose. Yet, after communism fell and the country was propelled into economic mayhem for many years, it was a scholarship that I received from a US university that made it possible to further my education….

As a professional woman in full control of my life it is impossible to not be outraged that so many women around the world are still being discriminated based on gender.

How do you think your fund raising work contributes to the societies you have visited?

By helping young women get education, you target… two problems – illiteracy and discrimination against women. I do believe that education is the only way to lift the world from poverty and 2/3rds of all illiterate adults in the world are female.

Mothers tend to pass their knowledge to their children more than fathers. So by educating women, you achieve two things – help erase inequality, and increase the amount of knowledge… passed down the generations. It is a win-win situation. 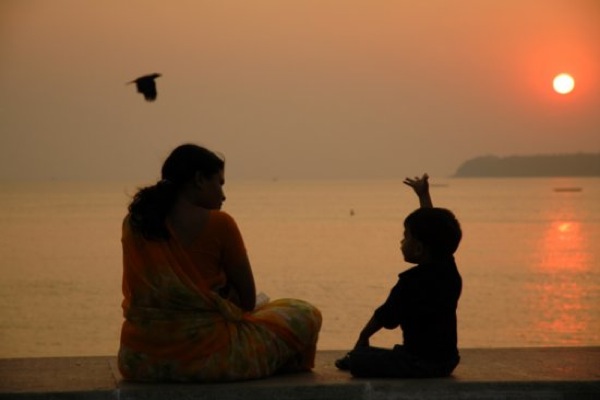 How could other backpackers follow in your footsteps? What advice and what warnings might you give another backpacker who wants to backpack for charity? Were there any books, websites, or people in particular who aided you?

Just do it…. It is only positive – fulfilling,empowering, a great way to meet local people, and experience you can one day use in business. I did look at some volunteer opportunities before I started working (without pay) with Room to Read. There are so many non-governmental organizations out there – just pick one that you really believe in – be it for the people or for the cause, or for both.

How has this experience changed you as a traveler? What are your plans for the future?

I have become more compassionate to strangers. If you keep telling yourself that this is not your problem, and that is not your problem, you will end up traveling in a bubble. People recognize when you care, and so they are more open with you as well. On this trip I met a lot more local people than on others.

Planning to settle down somewhere (still debating on the place), maybe start a small art business – something I have been thinking about for years, and of course to keep up with the charity work.

Support Viktoria’s efforts to get one hundred girls back to school here. Keep up with her adventures on her blog. Learn more about Room to Read on their website.