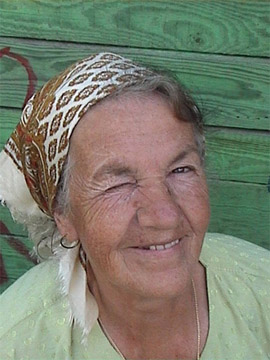 In an office set away from the large NGOs and government buildings of downtown Washington, D.C., a group of committed advocates are working to empower human rights activists around the world.

Since establishing itself as a charity in 2001, the Advocacy Project (AP) has been working for social justice and raising awareness on critical human rights issues. It first made its mark when it was hired to write the online newsletter for the NGO Coalition for an International Criminal Court (CICC) at the Rome Conference in 1998. The newsletter, entitled On the Record provided critical coverage for activists around the world pressing for an international court of justice.

Ten years on, the Advocacy Project now works in partnership with over 45 networks and organizations on five continents.

One of its most sought-after programs is its Advocacy Project Fellows for Peace. Graduate students interested in education, human rights and development are posted around the world to provide field support for grassroots organizations.

Last year, 30 Fellows from North American universities volunteered in over twenty countries as disparate as Bangladesh, Afghanistan, Peru, Kenya, Israel, Palestine, Bosnia and Malaysia. Blogging for Peace, their online dispatches from remote regions around the world, has been picked up by media outlets across the US and internationally.

Former AP Peace Fellow Stephanie Salazar used her skills in finance, technology and marketing to work with an AP partner, eHomemakers, in Malaysia, After graduating from John Hopkins University with a MA in International Relations in Washington, DC, she was driven to use what she had learned to work in the public sector.

“If not for the Advocacy Project,” says Stephanie,” I would not have been able to find such a worthwhile organization to work with. My time with eHomemakers gave me valuable experience in the development field, and I was able to develop a strong connection with them that continues to this day.” 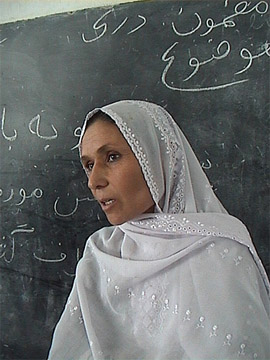 From its headquarters in Washington, D.C., AP gives support to groups and media attention to issues often overlooked in the mainstream press.

It works to empower activists by providing information support (such as press releases and news bulletins), information dissemination (website postings and online petitions), trainings (ICT and peace-building), financial services (grant-writing and fundraising) and in-country support, including partnerships. Some of the dynamic groups AP works with includes:

– Youth in the slums of Rio de Janeiro who are vulnerable to drugs, gangs, violence and guns (Children Against Organized Armed Violence)

– The Indians of the Ecuadoran Amazon, who assets are threatened by foreign oil companies (Center for Social and Economic Rights)

The impact of the Advocacy Project’s work has been indicative of its value to grassroots civil society groups around the world. Working on a small budget of less than $400,000 a year, the Advocacy Project has raised over $950,000 for partners since 2002.

Ultimately, what drives the Advocacy Project is its belief in the power of the people to transform themselves, their community, and their world.

Ultimately, what drives the Advocacy Project is its belief in the power of the people to transform themselves, their community, and their world. AP makes no distinctions of political, geographical or religious borders and makes every effort to take on organizations in need. It stands out in the field of social justice and human rights, not only for its commitment to its partners in the field, but in its determination to help the tens of thousands of people around the world whose voices go unheard.

AP’s message is clear: “These days it’s commonplace: we live in an information age. What perhaps we don’t see as clearly is the way that information can empower a newly emerging civil society. Launching a campaign, building partnerships, advocating for a cause, reaching an audience—all these have enormous capacity to make change happen.”

As the world is struggling to make sense of mass-scale atrocities, environmental damage and geo-economic inequalities, the Advocacy Project is using the power of information and technology to connect, inform, advocate and inspire people to affect change.

Operating on a minimal budget with a modest staff, the successes of AP are that much more noteworthy. The Advocacy Project was recently featured in the Washington Post for its coverage of land evictions in the UK, and has been at the frontlines for many groups involved in policy-making.

Fighting for social justice may appear to be a never-ending battle, but the Advocacy Project plans to stay in it for the long-haul. In the words of US anthropologist Margaret Mead: “Never underestimate the power of a small group of committed people to change the world. In fact, it is the only thing that ever has.”

For more information on the Advocacy Project and its partners, go to: http://www.advocacynet.org/.

To find out about the Advocacy Project Fellows for Peace Program, go to: www.advocacynet.org/page/fellows

To make a donation to the Advocacy Project or its partners visit: here.