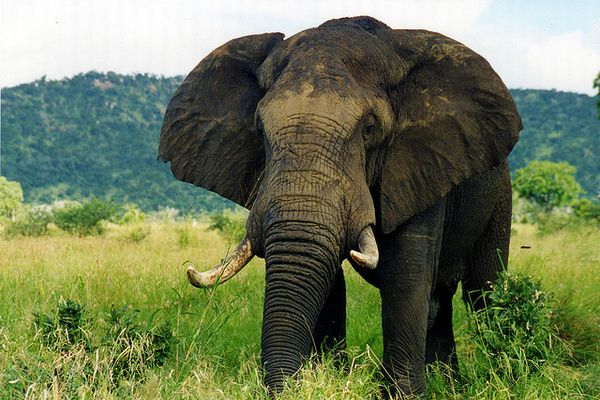 Andy and fellow Epicocity Project memberTrip Jennings landed in the Democratic Republic of Congo the day before. Fellow team member, Kyle Dickman, is writing and blogging about the project on National Geographic’s blog.

A couple of months ago, Matador covered the crew’s Amazon expedition, and now they’re on a new mission: The Elephant Ivory Project, which has received two grants from National Geographic.

The team landed on March 13, 2011, meeting up with Dr. Sam Wasser, director of the Center for Conservation Biology at the University of Washington, to identify ivory poaching hotspots by collecting elephant scat DNA samples. Wasser will use the scat DNA to match it with DNA from illegal ivory seizures. This will help determine where the poached elephants came from.

“There’s so much conflict in the country that we don’t know how many elephants are left in some of DRC’s biggest protected areas,” says Dr. Wasser. “One thing we do know is African elephant numbers are dropping, and a lot of ivory is coming from the Congo.”

“The expedition is far and away the most complicated of my life. I’ve never needed a military escort.” -Trip Jennings

The decision of where to start sampling elephant dung hasn’t been simple. The region Dr. Wasser most wanted to sample, the proposed Lomami National Park in the 25,000 square mile jungle known as TL2, has become increasingly dangerous.

But they’ve gone in.

Part of the team flew south to Kindu, a town of 200,000 on the edge of TL2. For five days, they took motorcycles and motorized pirogues the 120-some miles into Obenge, a remote research facility on the Lomami River to try and collect 30 scat samples from 30 different groups of forest elephants living near the research camp. A second team came from Kisangani in the north pushing bicycles loaded with three weeks of supplies (camping gear, sampling vials, etc.) 100-some miles into Obenge.

Once they met up, Andy and Trip started a period of two weeks sampling elephant scat near the Lomami River.

You can follow the team’s progress in the jungles on their Stop Map posted at the Elephant Ivory Project homepage.

The team is also using Twitter to connect: @EPFilms and @amaser

To support the Elephant Ivory Project:

Authorities have been working on bringing elephant ivory poachers to justice, but it continues to be a problem. One of the successes came in December 2009 when 100 people were arrested, and over two tons of elephant ivory were seized in Africa.