Lead photo courtesy of www.faveladodarocinha.com. Other photos courtesy of the author.
A look inside one of the most misunderstood places in the world, and how one group has been working for almost two decades to promote awareness.

It was my first night in Rio de Janeiro. From the balcony of a friend’s apartment, I could see the brightly lit Christ the Redeemer on Corcovado Mountain. But then I noticed some sparsely shining lights on a nearby hill.

“What’s that?” I asked my Brazilian friend. “That is one of the many favelas of Rio. It’s a very dangerous place; make sure to stay away from there.” 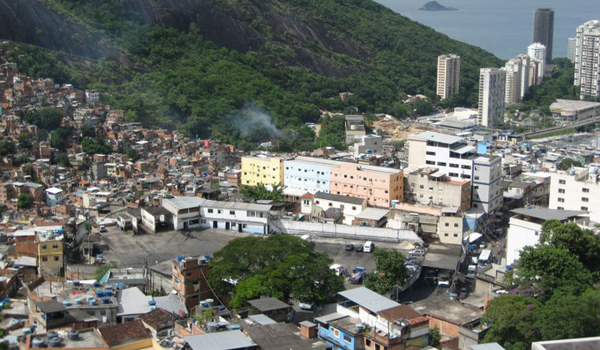 Many of these “illegal” barrios in Rio sit atop the city’s best real estate, enjoying views from their high locations alongside the mountains. The favelas are surrounded by a beautiful peak on one side and an upper class neighborhood on the other. Favelas exhibit a typical scene in Brazil, one of extremes: the rich living next to the poor, yet largely unaware of them.

The warnings from locals were fairly alarming. Some advised me never to enter a favela, while others said to visit only with a trusted tour or friend. My Brazilian host said he would never enter a favela.

Would favela life be like the movie “City of God”? Who lived there? Were wars constantly being fought between police and drug lords? Would I be in danger of being robbed? How does one see a favela without exploiting a group of people living in a poorer environment? The questions continued. 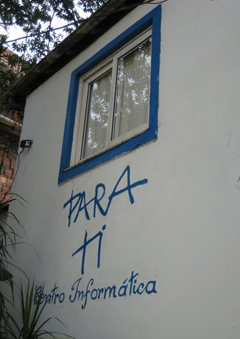 I found the aptly named Favela Tour, run by Marcelo Armstrong for the past 17 years. He assured me we’d be safe visiting the two favelas on the itinerary (Rocinha, the largest favela in the country, and Vila Canoas).

And just as importantly, he explained that the tour does not exploit the favelas, but helps them through:

Para Ti was founded by an Italian family who had migrated to Rio de Janeiro. When the family members saw the slums around their affluent neighborhood of Sao Conrado, they decided to help. The Favela Tour donations (roughly 25% of the tour’s price) now help keep the school in operation, as well as promoting local artisans.

Overall, the Favela Tour’s mission is to help Brazilian society (along with the world) understand these communities. As Armstrong noted, “It [Favela Tours] changes the general idea that favelas are simply no-go areas dominated by criminals only, and opens a new perspective [about] Rio society.”

Our guide, Isabell, was quick to explain that the residents of the favelas are the waiters, the maids, and other honest working people of Rio. According to Isabell, only 0.5% of the population is involved in the drug trade and wars. Yet entire communities have received a bad name, a condition they don’t deserve.

But the tour did not gloss over real dangers. Shootings do occur sporadically. Most times, the shots are fired by police trying to find drug lords with a shoot-first-ask-questions-later mentality. These drug lords run the majority of favelas.

However, they do so with laws keeping the societies in tight order. For example, if you steal from someone, your arm will be broken or your hand will be shot. These are very effective measures; hence, robbery and theft are not prominent in the favelas. 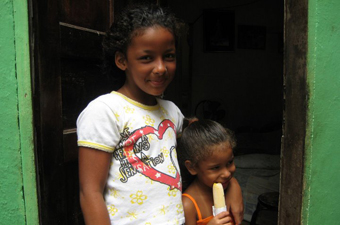 Armstrong feels that the favelas have become more integrated into Brazilian society over the past 17 years, though more work needs to be done.

Regarding attitudes about favela dwellers, Armstrong said, “People in Rio [should] start to see that ignoring favelas is not the solution. The answer is to promote more citizenship through actions of…integration made through music, culture, sports and social initiatives.”

Roughly 20% of Rio’s population calls one of the city’s 750 favelas home. This is no small part of the society; as such, it is important to include favelas and their residents in the city’s social agenda. Marcelo Armstrong’s Favela Tour seems to be on the right track to bring about this change for a better Brazilian future.

Favela tours, slum tours, and disaster tours are controversial forms of so-called “dark tourism” and have raised passionate conversation here on Matador. Do you agree with the conclusions Dominic reached after his visit to a Rio favela? Contribute to the conversation below.

Tagged
Volunteer Rio de Janeiro, Brazil
What did you think of this story?
Meh
Good
Awesome