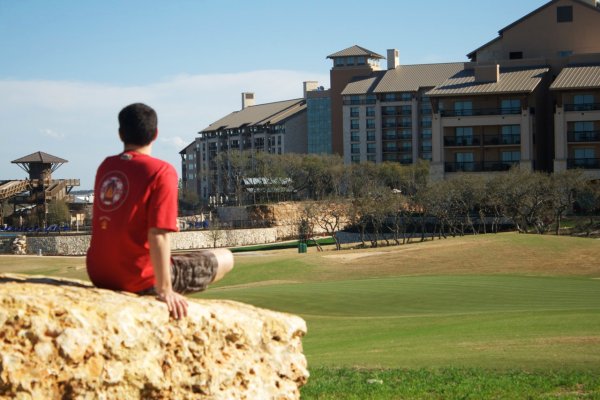 Matador Trips editor Hal Amen wonders whether one of the nation’s largest resorts could ever be considered “environmentally friendly.”

Last month, my wife and I spent two nights at the recently opened (as of late January this year) JW Marriott San Antonio Hill Country Resort and Spa. Our lodging and meal costs were comped. 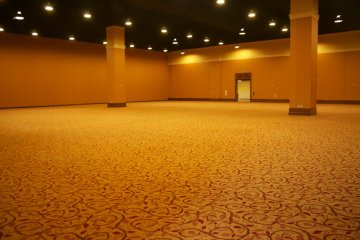 The “executive suite” we stayed in had as much square footage as our house, I’m pretty sure, and featured a giant dead space in the sitting room that could’ve served as a mini square dance area.

Add to that a couple 40,000sqft “ballrooms,” some 20 smaller (but still enormous) meeting/conference rooms, three wedding/event venues, a 26,000sqft spa, a waterpark, half a dozen restaurants, hallways of shops and cafes, and two 18-hole golf courses.

It is the largest JW Marriott resort in the world.

So when I saw them also proudly pushing their “Greenitiatives” (an unfortunate neologism I hope doesn’t catch on elsewhere) on their website, I knew what my junket would focus on. I mean, all else aside, the idea that a golf course of any size, one hole or 36, could be “green” is bullshit.

What I found during my stay, however, was that not all of these — okay, fine — “Greenitiatives” were totally contrived. And, given the land development alternatives in the region, signing off on the resort might have been the city council’s way of making the best out of an inevitably bad situation.

Golf is what it’s about. The resort’s two 18-hole courses make up the private TPC San Antonio club and will host PGA Tour tournaments. I don’t know what that means. 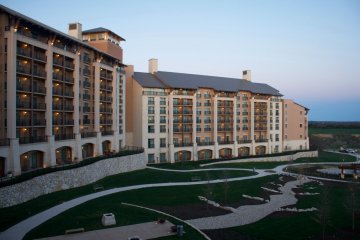 But I do know golf greens are on par with Superfund sites in terms of toxicity, a result of all the chemicals used to keep the grass nice and pretty and green.

And these courses I’m sure are no exception. In fact, we saw signs along the greens warning of pesticide contamination.

But TPC San Antonio’s 36-hole complex does differ from the standard golf course in other ways. It’s built over a shield of 75,000 cubic yards of impervious clay that largely keeps the contaminated water from seeping into the earth below.

It features a closed-loop irrigation system that captures irrigation and rainwater runoff, preventing it from leaving the course and recycling it for future irrigation use.

And there are monitoring stations at the entrance and exit of the local watershed to measure how much contamination is escaping the system via water that manages to pass through.

All this kinda puts TPC San Antonio out in front of golf “greenery,” if there is such a movement:

Scott Halty, director of resource protection for the San Antonio Water System, said he’s been unable to find another system like it anywhere in the country. Vernon Kelly, president of PGA Tour Golf Course Properties, said the system…goes far beyond anything the tour has installed at its 26 other Tournament Players Clubs.
Source: San Antonio Express News 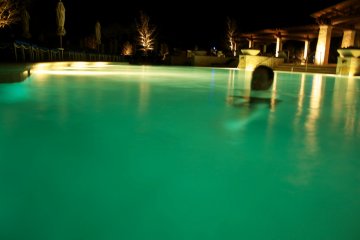 Author enjoying one of the heated pools

San Antonio tap water is delicious. The bulk of it is pumped from the Edwards Aquifer, a subterranean network of porous limestone that traps and stores enough water to supply two million people.

The recharge zone for this aquifer — the area where water from precipitation and creek systems enters the ground — is spread over 1,500 square miles of the Texas Hill Country. And the JW Marriott San Antonio Hill Country Resort and Spa, golf courses and all, sits on top of a sliver of that recharge zone.

The aquifer is an abundant but fragile artesian water source:

In most places, rain passes through layers of sand or gravel that act as natural filters before it enters the underground water supply. But over San Antonio’s recharge zone, a thin layer of grass and dirt has less ability to filter impurities.
Source: San Antonio Express News

This is why previous development proposals brought by the land’s owners, the Austin-based Lumbermen’s Investment Corp., were rejected by the city. They failed to provide adequate protection for one of San Antonio’s most essential natural resources.

The investment in the clay shield, closed-loop irrigation, and monitoring system, then, can be seen as a concession, the absence of which would have scuttled the entire project. You could call it an “Involuntary-Greenitiative” (amalgamate that!).

Another fundamental of Lumbermen’s proposal was that the entire 2,847-acre Cibolo Canyons Development (which includes the resort and golf courses as well as residential properties) cannot exceed 15% impervious cover. 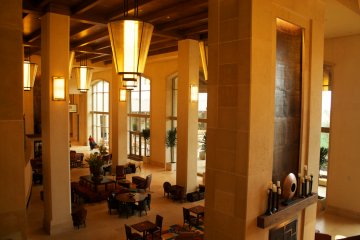 This figure comes from studies showing that “the recharge zone’s natural ability to filter pollutants is compromised when the area covered by streets and houses exceeds 15 percent of the land’s surface.”

Additionally, 758 acres adjoining the golf course are to remain untouched, within which is a 100-acre bird sanctuary. It has walking trails, but they’re closed March–October to protect the endangered golden-cheeked warbler.

(Also included in the deal was a living wage commitment to resort and golf-course workers, something on which Marriott generally has a good track record.)

The argument made to me by Mike Kass, the resort’s Director of Sales and Marketing, was that all of this is “better than the alternative”: an extension of the tract housing that uglies up the rest of north San Antonio. Streets and roofs and driveways that collect and channel motor oil, paint, and other everyday toxins into the recharge zone. Totally unmonitored.

It’s the same argument Jim Mayor, chairman of the board for the San Antonio Water System, made back in late 2007:

I truly believe that this is the best environmental plan that any organization could put together with a private property owner over a most-sensitive part of our aquifer… It’s the maximum that could be achieved short of taking somebody’s property.
Source: San Antonio Express News

Voluntary or not, these “Greenitiatives” seem to be better than nothing. 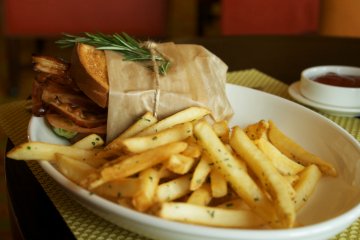 Of course, the JW Marriott, like most other mainstream hotel/resort chains these days, knows consumers like “green.” And they’ve adopted some policies I’m assuming weren’t arm-twisted out of them.

The most impressive is their participation in the Windtricity program, a service offered by South Texas’s CPS Energy. Residences and businesses pay a premium to help fund the capture and transmission of energy from wind farms in west and northwest Texas to the state’s electric grid.

Marriott isn’t feeding off renewable energy directly (such as they would if they had turbines on their property, for example), but their annual premium supposedly pays for 70% of their power. So, in the abstract, the resort gets 70% of its electricity from a renewable source. It’s the largest single user in the Windtricity program.

The list of smaller green initiatives is long and includes a few from Julie Schwietert’s 10 Steps Hotels Can Take to Go Greener. Here’s a sampling:

I was even given a “green” press kit — a little cartridge with a USB interface. Sweet. For some reason, though, it was accompanied by an attractive but ultimately wasteful cardboard-bound photo brochure. 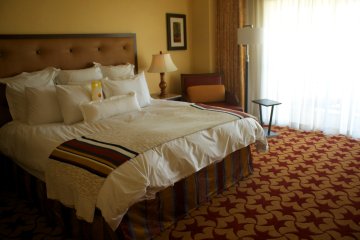 Is the JW Marriott San Antonio Hill Country Resort and Spa “green”? No.

It is a behemoth, it is sprawl, it devours energy and natural resources. Plus, there’s no guarantee all the fancy clay cover, closed-loop business on the golf course is going to work.

In the words of Graciela Sanchez, director of San Antonio’s Esperanza Peace and Justice Center:

“What they presented us was the best that they thought they can do, but they have no history with this. We don’t know for a fact that it is not going to leak. It’s just going to be, ‘Try it and see how it goes.'”
Source: San Antonio Express News

I can think of dozens of “greener” uses to which this land could have been put. But the truth is that no one was going to make a park, or a 2,800-acre bird sanctuary, or a giant disc golf course (still golf, but none of the chemicals!) on this prime piece of real estate.

If it hadn’t been the resort, it almost certainly would’ve been something worse. Something much less controversial and thus much less scrutinized and monitored.

It’s a “lesser of two evils,” “opportunity cost” scenario. But maybe this is how we baby step towards true sustainability in the hotel industry.

What do you think? Would you ever consider a resort like this one to be “green”? Been to a resort that does it better? Speak up in the comments.

Over at BNT, Jennifer Bernstein looks at The Inconvenient Truth About Green Travel. And Nights has profiled The 9 Best-Designed Hotels Worldwide.

Tagged
Lux Travel United States
What did you think of this story?
Meh
Good
Awesome