“ONE DAY WE’LL JUST DISAPPEAR,” Kris Tompkins told me in 2011, “but the parks will still be here.” It’s this spirit of protecting lands, not just for the sake of future generations, but the inherent worth of biodiversity itself, that has driven the Tompkins and their foundations such as Conservacion Patagonica to conserve over two million acres of land, more than any other private individuals in history.

Kris admitted how their model for conservation — buying massive tracts of land (oftentimes huge and overgrazed estancias, or ranches), with the intention of rehabilitating the land and conveying it back to the public via national parks — has been met with suspicion over the years. People in Argentina and Chile are wary of foreign impresarios (Doug Tompkins was the founder of The North Face and ESPIRIT; Kris was the president of Patagonia for over two decades). But as projects have reached completion and lands donated back to parks systems (including Pumalín in Chile, and Corcovado and Monte León in Argentina), people are seeing how this model benefits everyone, beginning at the level of local economies. 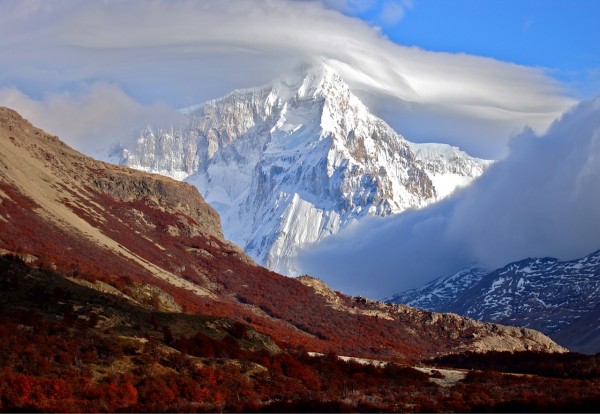 The latest donation represents, as Conservacion Patagonica explained, “a key milestone in our plan to contribute all our conservation properties into the national parks system of their respective countries.”

I first visited Perito Moreno National Park in 1992, to scout the south face of Cerro San Lorenzo. My plan was to return later to make a first attempt at this wall, the largest and possibly most challenging of all in the Patagonian Andes. We entered the park from the south and began making our way north toward the peak, crossing the Lácteo River Valley, which lies outside the park boundaries. To our surprise, we found that the most spectacular area of the zone, for some reason, had been excluded from the National Park. My climbing partners and I had a clear feeling that this property must be purchased and integrated into the National Park. A year and a half later, I had the opportunity to buy Estancia El Rincón, which I did with the express intention of donating it someday into the national parks system.

Tagged
Activism Argentina
What did you think of this story?
Meh
Good
Awesome