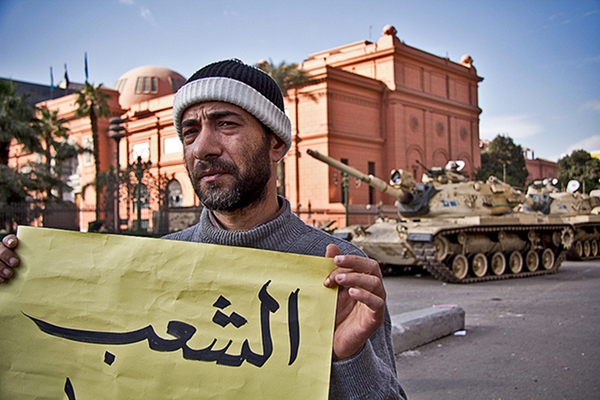 The current unrest and protesting in Egypt may have a lot of potential long-term effects on the country and its people. The short-term effects are clearer: violence, curfews, internet shut offs, fear, excitement, prison breaks, shortages, and looting of Egyptian artifacts and antiquities.

On Friday, January 31, according to Reuters, looters stole and damaged artifacts from The Egyptian Museum including two mummies. Groups broke into the gift store, the museum and a storage facility. Many fear that since Egypt is home to 3000-year-old artifacts, destruction would be a huge loss to our entire civilization.

Archaeologists from other countries offered to fly in to try to protect artifacts today, Wednesday, in a desire to prevent a repeat of the destruction of artifacts in Iraq in 2003 after the fall of Saddam Hussein. Officials reported that “hundreds of people formed a chain around the museum to protect it after looters broke into the museum.” 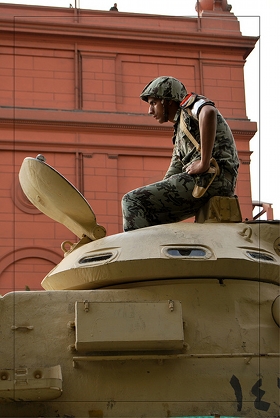 In an interview with The New York Times on Tuesday, Dr. Zahi Hawass, Egypt’s chief antiquities official, said most museums are now secure. He described the attacks on Friday. First, a group of thieves entered the museum, stole mostly from the gift shop, and were apprehended.

In a separate incident, a group of armed Bedouins entered a storage facility on the Sinai Peninsula and stole boxes of artifacts. He claimed that after appealing to the thieves to return objects on TV and the radio, many of them were returned. But National Geographic reported that though objects stolen from Cairo were returned, more remote sites were also looted and those items are gone.

According to a blog post on his website (which, because there was no internet access on Saturday, he faxed to a colleague in Italy to publish) Hawass thanked “tourist police” and other “young Egyptians” for fending off the criminals. In his message he made clear that, “The Egyptian people are calling for freedom, not destruction” and a small minority is responsible for the theft.

The Washington Post reported that looters in Cairo and Alexandria were caught with police identification cards either at the scene of the crimes or at the hospital where they were taken for injuries sustained during arrest. They also claim that Mubarak aired news of the lootings and prison breaks in an effort to scare the population and discredit the pro-democracy groups. 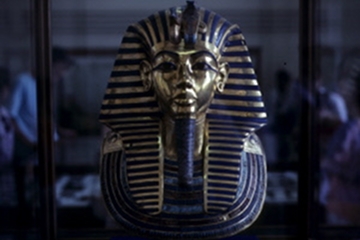 On Monday, Egyptian news website Bikyamasr reported that antiquities official Mohamed Megahed gave an estimate of the damage done so far. He alleged that people outside Egypt may use the confusion caused by the protests to cover smuggling of artifacts outside the country.

At the time of this posting, sources on Twitter, Aljazeera, Reuters, and Fox News are reporting increased tension in the streets of Cairo and Molotov Cocktails, fire, and gunfire in and around the Egyptian Museum. The army is extinguishing the flames and news of damages has not yet been reported.

For more on the uprising in Egypt, there’s 12 Facts That Will Help You Understand What’s Going On In Egyptand Elizabeth Zito writes Notes on Trying to Call Egypt.

What did you think of this article?
Meh
Good
Awesome
Bookmark
Posted In
News
Destinations
Egypt

Instagrammer thrown in jail for climbing one of Giza’s pyramids