WHEN DOZENS OF LOBBYISTS for massive corporations and entire governments spend years working on an international “agreement” behind closed doors while the majority of the world’s media ignores it, you know we’re in trouble.

Here’s what we know about how ACTA (Anti-Counterfeiting Trade Agreement) came about.

Just now hearing about ACTA? It started back in 2006, when Stan McCoy, US chief negotiator for IPR (Intellectual Property Rights) enforcement, met with Japanese officials to introduce the concept. He described it as aiming “to set a ‘gold standard’ for IPR enforcement among a small number of like-minded countries, and which other countries might aspire to join.”

According to Wikileaks, the first cable mentioning a meeting between US and European officials was sent on December 1st from the US Embassy in Rome. US diplomats stated that Italy was indeed interested in ACTA; however, Italian officials emphasized Italy’s commitment to multilateral organizations like the EU and the G-8. They made it clear that their government must evaluate taking steps “outside of these institutions” with caution.

In June of 2007, during Portugal’s presidency of the EU council, the Prime Minister’s Economic Adviser informed US officials that his government supported the Commission’s leadership on ACTA. However, Portugal also recognized that member states would “eventually have to be brought into the negotiations as progress was made in order to resolve competency issues over the criminal chapter.”

Later that year, Italian officials were irritated to learn that the EU Commission was approached with ACTA, rather than a few select member states. Officials felt there was a “significant gap between the EU Commission views and those of several member states (including Italy) on how ACTA competencies should be allocated.”

ACTA first came to public attention in May thanks to Wikileaks. There was virtually no mention in the mainstream media that ACTA proposed to establish the ACTA committee, which would exist as its own governing body outside existing international institutions like the World Trade Organization or the United Nations.

Something you’d think might be worth a headline or two.

The White House claims the secrecy surrounding ACTA, as well as the list of participants involved in drafting the agreement, is a matter of “national security.” In October, an FOIA (Freedom of Information Act) request forced the USTR (United States Trade Representative) to share the names of the hundreds of “cleared advisors” who had access to ACTA documents.

These “advisors” represented institutions that included: 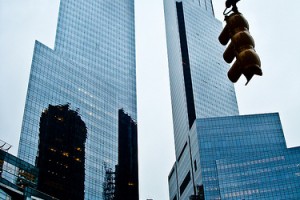 A Swedish official involved in ACTA negotiations stated in late 2009 that the secrecy surrounding ACTA “has led to the legitimacy of the whole process being questioned.”

“I signed ACTA out of civic carelessness, because I did not pay enough attention. Quite simply, I did not clearly connect the agreement that I had been instructed to sign with the agreement that, according to my own civic conviction, limits and withholds the freedom of engagement on the largest and most significant network in human history, and thus limits particularly the future of our children… I missed an opportunity to fight for the right of conscientious objection on the part of us bureaucrats.”

A private ACTA meeting was held in Mexico in the fall, during which an MPAA rep asked whether ACTA could be used to block access to “damaging” websites, such as Wikileaks.

In April, India’s Commerce and Industry Minister, Anand Sharma, stated that India “will not accept any attempt made by groups of countries to discuss intellectual property rights outside the multilateral forum of the WTO.”

Between September 1st and November 1st, only 13 newspapers worldwide covered the story:

In November, the Dutch Parliament requested the ACTA negotiation texts, which included earlier versions. Maxime Verhagen, the Minister of Economic Affairs, Agriculture and Innovation, sent them along with a non-disclosure obligation — i.e., during debates, members of Parliament were not allowed to refer to or quote from the documents.

That same month, the Foundation for a Free Information Infrastructure sent an open letter to the Chairman of the Committee on International Trade objecting to a planned closed-door meeting on the 23rd. On the 12th, the INTA chairman defended the secrecy in a return letter.

Meanwhile, seven civil society groups requested European Parliament transparency on ACTA on the 17th of November. The following day, the European Parliament partly released the legal service’s opinion on ACTA – but left out the actual analysis on ACTA, stating that including it would “seriously interfere with the complex ratification procedures” of the agreement.

This past January, ACTA was signed by the European Union and 22 of its member states. Germany, Cyprus, Estonia, the Netherlands, and Slovakia have yet to sign.

Kader Arif, the European Parliament rapporteur, resigned over ACTA, stating that he witnessed “never-before-seen maneuvers” by officials preparing the agreement and that he “will not take part in this masquerade.” His full statement:

“I condemn the whole process which led to the signature of this agreement: no consultation of the civil society, lack of transparency since the beginning of negotiations, repeated delays of the signature of the text without any explanation given, rejection of Parliament’s recommendations as given in several resolutions of our assembly.”

In February, trade negotiators joined MPAA lobbyists prior for a secret meeting in a Hollywood hotel. Public interest groups weren’t even allowed to meet in the same building.

Meanwhile, Europe saw massive protests against ACTA, including demonstrations in Germany, Poland, and the UK. The president of the European Parliament, Martin Schulz, stated of ACTA: “I don’t find it good in its current form.”

WHAT CAN WE DO?

It’s not too late. Protests are still gaining steam in Europe, the US, and Canada. Find one near you:

Other options include writing to your country’s officials, embedding informative popups on your blog, and spreading the word via social media. Visit KillACTA.org to learn more.