If you haven’t heard about Twitter yet, it’s just a matter of time. 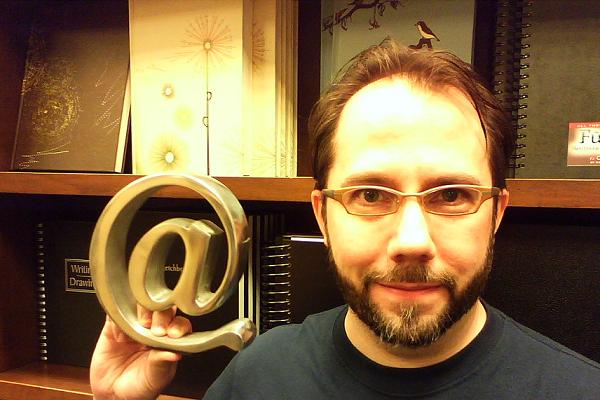 A micro-blogging platform that restricts users to 140 word bursts of communication, Twitter is a social media tool that permits people around the world to connect with one another in real-time.

A search function lets you plug in topics that interest you–travel, food, business, technology, social change, whatever– and turns out a list of “tweeters” (people using Twitter) who are “tweeting” (writing) about these topics.

Though some users of the service worry aloud about how much time they fritter away on the site, Twitter can be used to make powerful connections to help others and yourself.

Twitter has been incredibly useful for travelers–check out Pam Mandel’s post about how Twitter landed her a blogging gig with Conde Nast (she’s @nerdseyeview on Twitter), or Paul Smith’s article in the Guardian about how he planned his travels as they were unfolding using Twitter as his only guide (he’s @twitchhiker on Twitter).

I’ve been on Twitter for a few months (I’m @collazoprojects), and in addition to following some fascinating travelers, I’ve populated my follow list with international aid workers, bloggers living in countries where mainstream media never dispatch journos, and social entrepreneurs working to save the world.

Here are seven of them to add to your list:

@bloodandmilk: Alanna Shaikh is a global health blogger for Change.org and maintains an insightful blog of her own in which she critically examines international aid and development projects. She has plenty of experience to do so–she’s worked for almost 10 years in international development, heading up programs in East Africa, Central Asia, and the Middle East.

@globalvoices: Another Twitter feed being tweeted by a group of independent bloggers filing reports from around the world. A must-follow to keep up with the world’s news and community-based stories totally ignored by mainstream media.

@insideislam: The University of Wisconsin at Madison effectively leverages digital media to engage followers in thoughtful conversation about Islam and Muslims around the world.

@scarlettlion: Currently based in Monrovia, Liberia, Scarlettlion is the Twitter handle for Glenna Gordon, a photographer, writer, and reporter blogging and filing articles about Africa. Her recent tweets have prompted followers to her portfolio of powerful photos taken while collaborating with UNICEF to lead workshops with Liberian girls.

@theroadto: A self-described “addicted traveler, serial expat, and passionate aid worker,” theroadto’s tweets are as much worth following as his blog.

@zyozyfounder: zyOzyfounder, aka Steve Jennings, is a humanitarian entrepreneur whose tweets are as inspiring, thought-provoking, and conversation-starting as his international non-profit zyOzy.