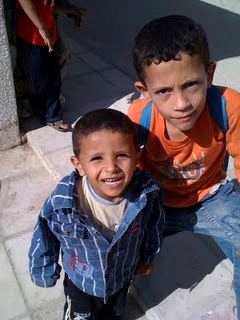 Angela Corrias’ conversation with two Jordanians contextualizes the sociopolitical factors that give rise to unique volunteering opportunities in Jordan.

I recently met up with Jordanian blogger and social activistAli Dahmash and Mohammad Yousef, a Jordanian engineer living in Ryadh, to talk about social issues affecting their country.

“Let’s start with some figures,” Ali said. “Jordan has the highest number of Palestinian refugees: around two million. With the Iraq war, Jordan has been hosting more than 500,000 Iraqi refugees. Poverty levels reach 13% and 50% of the population is under 30.”

According to Ali, the country’s most poverty-stricken regions are in central and southern Jordan. “Palestinian refugees are among the most needy,” he explained. “They have no citizenship or national ID; therefore, they can’t work anywhere, [and they] can’t get health insurance nor social security or free education.”

Where the UNRWA [United Nations Relief and Works Agency] is involved, schools were built and healthcare centers have been opened. But while the UN is helping the refugees, the UN itself is ignoring all the UN resolutions against Israel. Same applies to the WHO and World Food Organization: they spend millions to support Palestinians and at the same time they work with pro-Zionist organizations.”

Sharing a border with Palestine makes Jordan’s heavy involvement in the Palestinian issue inevitable. “The whole idea of activism grew stronger during the war on Gaza,” explained Ali, “and the shipping company Aramex launched a campaign to collect every kind of donation from Jordan, the UAE, and Saudi Arabia: people from all ages, children, women, men helped and drove near the airport to sort the boxes going to Gaza. The spirit was truly overwhelming.” 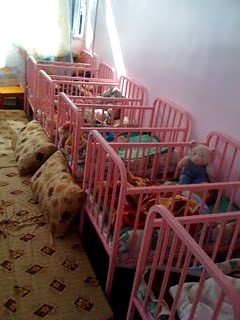 A nursery sponsored by volunteers.

“Most activities are aimed at youth empowerment and social awareness,” said Mohammad. “Although charities are the leading organizations, grassroots activism is getting stronger.”

Ali and Mohammad have helped me make out a list of volunteering opportunities in Jordan.

Ruwwad specializes in local community development, domestic issues, and education opportunities. They have built a local library, a gym, an Internet lab, a police station, and a post office. Many volunteers (Jordanians and non Jordanians) work with Ruwwad to provide language and handcraft classes, even lessons on how to create blogs. Also, many schools in Jordan take their students on volunteering trips to Ruwwad.

“A group of seven people, including myself,” said Ali, “founded an NGO in the Gaza Camp in Jerash, one of Jordan’s most populated and poor refugee camps, to boost business opportunities. 23,000 people are living in one square kilometer and none of them have a national ID or passport. Our idea is to encourage established enterprises to launch their projects here, [thus] securing a regular income for the refugees. We will extend this initiative also to other poor areas in Jordan.”

Ibdaa(‘Talent’ in Arabic) sponsors gifted children in different fields such as music, education or any talent they might have, with the goal to give them the chance to cultivate their abilities. “I, myself, have participated in one of their projects,” told me Ali, “and I’ve collected the money to buy a laptop for a girl who was starting university.”

Kitabi Kitabak (‘My Book, Your Book’) works closely with the UNRWA and Ibdaa, and specializes in building libraries for children. “Some of the children I met didn’t even know what color pens are!” said Ali. Kitabi Kitabak has built libraries in refugee camps in Jordan, Palestine, and Syria.

Zikra is an initiative that promotes an “tourism exchange” where people get to know each others’ cultures by mutual visits to their respective communities. “You can provide money or workshops to the local community in exchange for a trip where residents will teach you their traditional crafts and make you experience their lifestyle,” explained Ali.

Nakhweh– “your means for giving back to communities in the Arab world,” Nakhweh– was started by a group of young Jordanians, who set up this website to encourage people to get involved in the life of local communities. They list all opportunities available and help volunteers find what best matches their interests, enhancing individual participation in the vulnerable areas where they feel most comfortabl.

Ali’s devotion to his projects is remarkable: “Social activism is growing in Jordan, maybe not as much as in other countries, but I hope we are on the right track. And thanks to social media like Twitter and Facebook, it’s much easier to get in touch.”

If you’ve got some downtime from volunteering in Jordan, you might want to use Baxter Jackson’s article “In Jordan, Forget Lonely Planet; Bring the Bible” as your guide to religious sites. And if you love art, then check out Sarah Irving’s article, “Modern Art in Amman, Jordan.”

Tagged
Activism Volunteer Jordan
What did you think of this story?
Meh
Good
Awesome