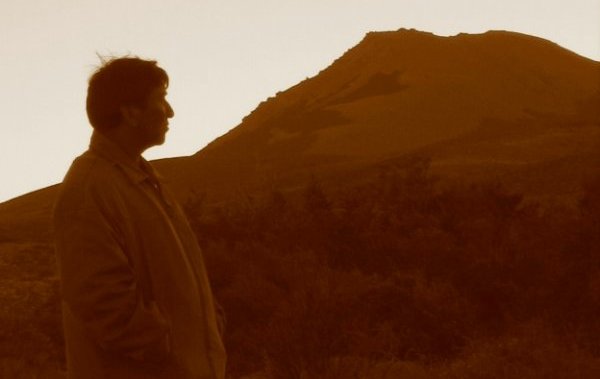 Matador Trips co-editor Hal Amen shines a light on an ongoing land struggle in the cold plains of Argentine Patagonia.

FOR FIVE WEEKS THIS past July and August, I volunteered with Asociación MAPU in Esquel, Argentina.

The many projects being undertaken by the organization have a common thread: the imperiled land rights of the indigenous Mapuche people.

Here’s what I learned…and more importantly, why you should care.

The Mapuche, and other peoples inhabiting the far south of South America, held out against European influence and incursion into their traditional territories for centuries. In Argentina, this autonomy lasted until the 1870s, when the government waged its “Conquest of the Desert.” The stated aim of the campaign was to “exterminate the Indian savages and barbarians of the Pampas and Patagonia.” 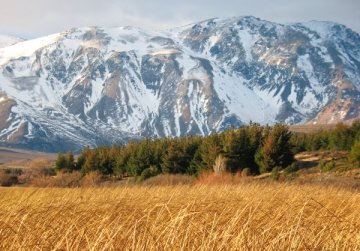 By 1884, thousands of Mapuche had been killed or displaced.

Suddenly, the Argentine government had huge tracts of “liberated” Patagonian land on its hands. Much of the new territory was “gifted” by President Uriburu, through legally questionable means, to individuals who had provided financial assistance during the conquest.

Over the intervening century, some of this land was acquired by corporations and used for timber production, mining (a whole issue unto itself), and other forms of natural resource extraction.

Many landholdings, on the other hand, went unused, fenced off by their “owners” (both the means of acquisition and the exact boundaries of these estates are dubious at best) yet producing value for no one.

Such is the case with Santa Rosa, a 535-hectare plot lying about an hour’s drive north of the town of Esquel via Route 40. It is claimed to belong to a much larger holding (181 thousand hectares) owned, through various subsidiaries, by the Italian fashion multinational Benetton Group. 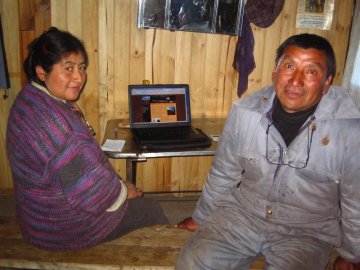 In August of 2002, a local Mapuche couple made the decision to “reoccupy” the Santa Rosa estate. Rosa Rúa Nahuelquir (the name parallel is purely coincidental) had recently lost her job in Esquel due to the closing of a textile factory, and her husband, Atilio Curiñanco, had grown up near Santa Rosa.

Their desire was to “return to the land,” leading a simpler life as the generations of Mapuche before them had. Procuring the supplies needed to construct a small dwelling, keep a few head of livestock, and undertake subsistence farming, they and a handful of friends journeyed to Santa Rosa, stepped over a rusted wire fence that had toppled to the ground long ago, and began establishing the “Santa Rosa community.”

One month later, they were forcefully evicted.

Their possessions were either confiscated or destroyed. This was carried out at the behest of the Benetton-owned Southern Argentinean Land Company.

In the years since, the community has been embroiled in a sluggish legal battle to determine who maintains right of possession over the Santa Rosa estate. Various details regarding the process, in which the organization GAJAT (website in Spanish only) is providing the community with pro bono legal counsel, can be found in this blog. For an illustrated timeline of events affecting Santa Rosa, from 1882 to the present, click here.

Suffice it to say that, although Rosa, Atilio, and other community members successfully (re-)reclaimed the estate in February of 2007, the future of Santa Rosa remains tenuous.

Why You Should Care

So, why do the struggles of a small band of Mapuche in some obscure corner of the globe matter to anyone but themselves? A callous question, but the answer is significant. 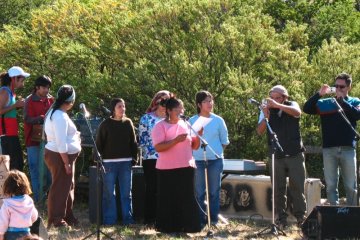 First anniversary of the reoccupation

If you’ve studied anything about modern indigenous issues, the story above should sound poignantly familiar. Whether you’re talking about the Anangu in Australia, the Lakota and other tribes of North America, the Zapatistas in southern Mexico, or any number of other peoples whose traditional territorial claims are being denied, one fact emerges: Violations of indigenous land rights are an enduring plight of global scale.

These often impoverished communities stand alone against federal governments and international corporations who, motivated by the potential for immense profit, exploit the land with little regard for the environmental degradation or cultural and human casualties that result.

It’s clearly not a fair fight.

Yet each legal victory, no matter how small, becomes another link the chain of precedent that will influence how future land issues are judged.

If this little community eking out a living on a speck of land in the vast Patagonian plains can succeed in asserting its territorial rights — as provided for in the Argentine constitution — the reverberations of their victory will bolster similar efforts by other indigenous groups in Argentina, Chile (where Mapuche face even harsher oppression)…and perhaps the world. 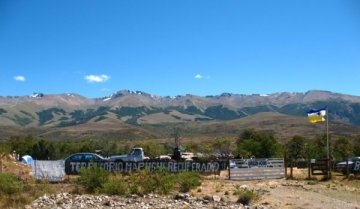 How You Can Help

Asociación MAPU works directly with Santa Rosa, members of GAJAT, and other supporters to ensure that word of the struggle gets out to those who can help.

If you’re planning to travel to Patagonia, consider a volunteer stint with this Matador member organization. You can also volunteer virtually — their greatest current needs are for translators from Spanish to English and animators for the creation of short films, as well as people experienced in community development and/or microfinance to lend a hand with a microloan project.

Information on providing financial support can be found here.

Otherwise, peruse the Santa Rosa website, investigate the issue for yourself, and help spread awareness of this local issue with global implications.

Hal offers more advice from his South American volunteer experiences in the series “Volunteer Voice,” including:

Tracking Down a Chance to Give Back

10 Tips for Surviving the Transition

Volunteering as a Springboard for Travel

10 Tips for Renting a Car in Argentina