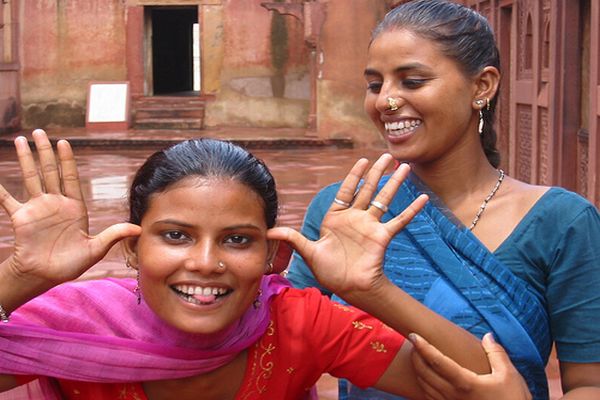 Fourteen years later, the Rajya Sabha has finally relented and the bill has been passed by what The Times of India has aptly termed “the first legislative hurdle”.

The Women’s Reservation Bill was drawn up in order to include more female legislators in a domain which has historically been a male bastion. Politicians supporting the bill believe that women have been inadequately represented thus far, and link this inadequacy to the perpetuation of women’s problems.  Others think of it as an “undemocratic” move.

Brinda Karat, a leading politician from The Communist Party of India (Marxist) has claimed that more women participating in the affairs of Parliament will lead to a more sensitive politics and perhaps to sensitive legislation. She also claims that women are caught in a culture trap and this piece of legislation might prove to be emancipatory.

After the constitution amendment bill had been put to vote by Chairman Hamid Ansari, Karat stated,

“the bill will change (the country’s political) culture because women today are still caught in a culture prison. In the name of tradition, stereotypes are imposed and we have to fight them every day. These stereotypes will also be broken (by the bill).” Source for Quote: IANS via Deccan Herald

While I do subscribe to Karat’s view on the matter of a more “sensitive politics”, the root cause of the insensitivity will not, in my opinion, be solved by this legislation. It will grant adequate representation at the highest level, but the bill will also allow for political parties to field undeserving candidates.

Many politically unfit leaders seep in to the system thanks to reservations. In light of the previous statement, do we really need another reservation? I would say that in the present situation, we do.

I don’t think so.

Since the problem of gender disparity appears to be at the root of this bill, the education provided at the grassroots level needs to lay special emphasis on gender discrimination.

These gender issues pose an important question that may only be answered over time – will the bill serve the purposes of the politicians or will it stand to benefit the women in India who are still subjugated and unable to express a voice that is truly their own?

Gender roles are definitely changing. Check out JoAnna Haugen’s article about Marjan Kahlor, the first woman from Iran to compete in the Olympics this past winter in Vancouver. Or Julie Schwietert-Collazo’s article about how women are redefining politics in the Middle East.

Tagged
News India
What did you think of this story?
Meh
Good
Awesome

Canadian Mounted Police fined seven US visitors $1,200 for hiking in Banff NASA releases epic 10-year timelapse of the sun Portugal will not be welcoming US travelers after all This new tourist train will take you through the most beautiful parts of England This Italian village is offering visitors free accommodation this summer