Atlanta has long been known for its hip-hop music scene and now has a thriving film scene, with popular shows Stranger Things and Atlanta filming in the area. It’s also the birthplace of Martin Luther King, Jr. and is an excellent spot to learn more about the American Civil Rights movement. And no need to shut yourself inside a museum to see some of the finest examples of art on the city — there is free art just about everywhere you look, from stunning architecture to public sculpture and graffiti. Here is all the best art and culture to check out on a first trip to Atlanta — though you’re barely scratching the surface. 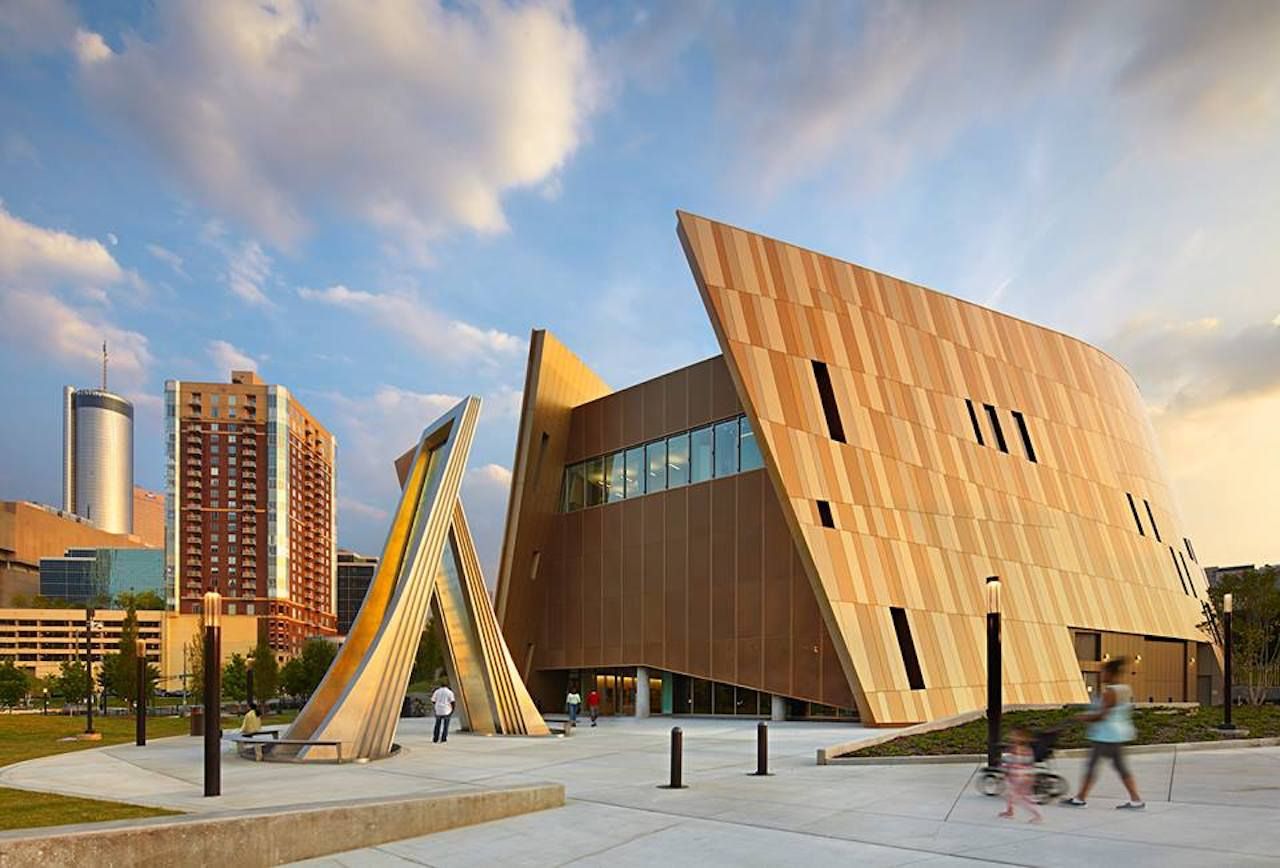 The National Center for Civil and Human Rights — To learn more about the American Civil Rights Movement, Martin Luther King, Jr., and current civil rights issues, visit The National Center for Civil and Human Rights, which opened to the public in 2014 in downtown Atlanta. Despite addressing a serious topic, the museum manages to also uplift and inspire visitors to action. Highlights are the mirrored video wall displays, which put you face to face not only with your own reflection but also with a person on video giving a firsthand account of the injustices they face. Another room provides information on how visitors can get involved in current civil rights issues. 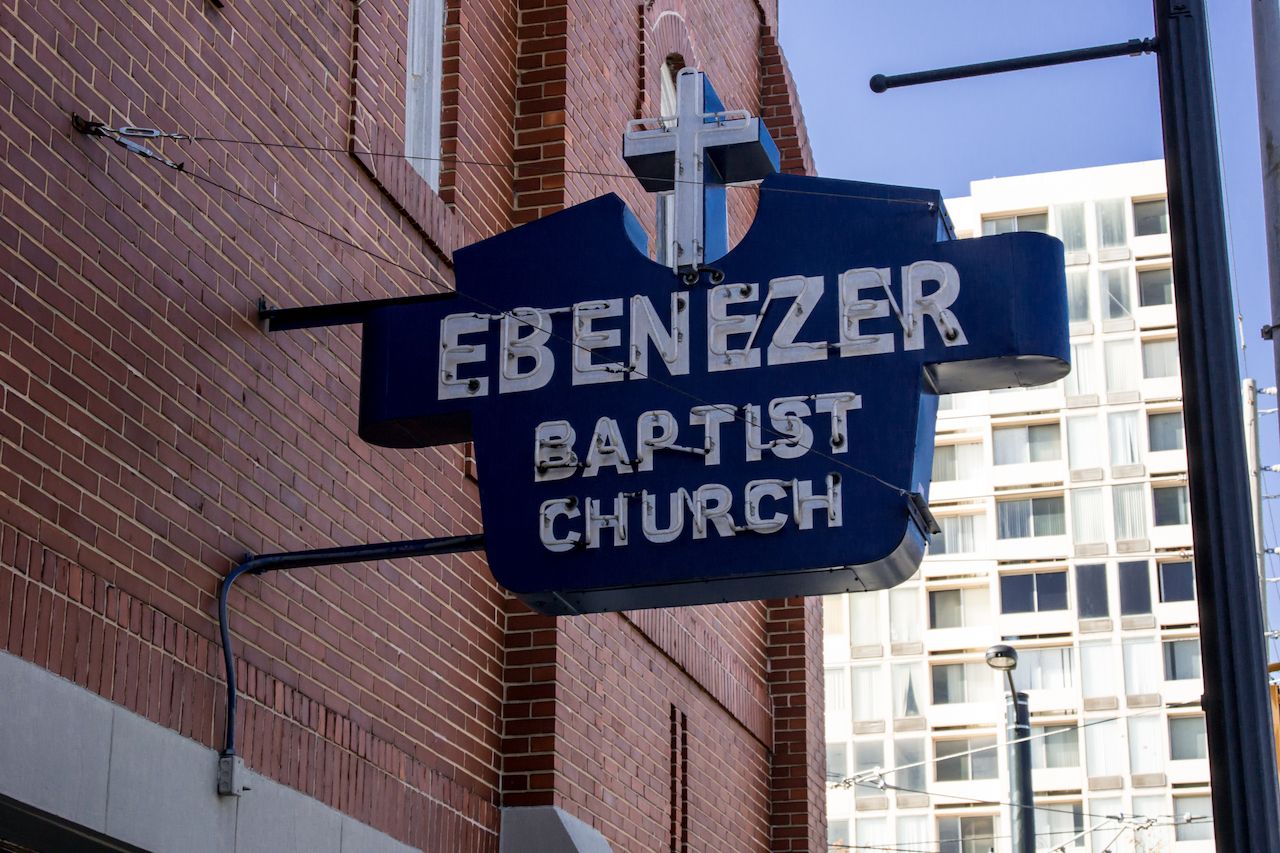 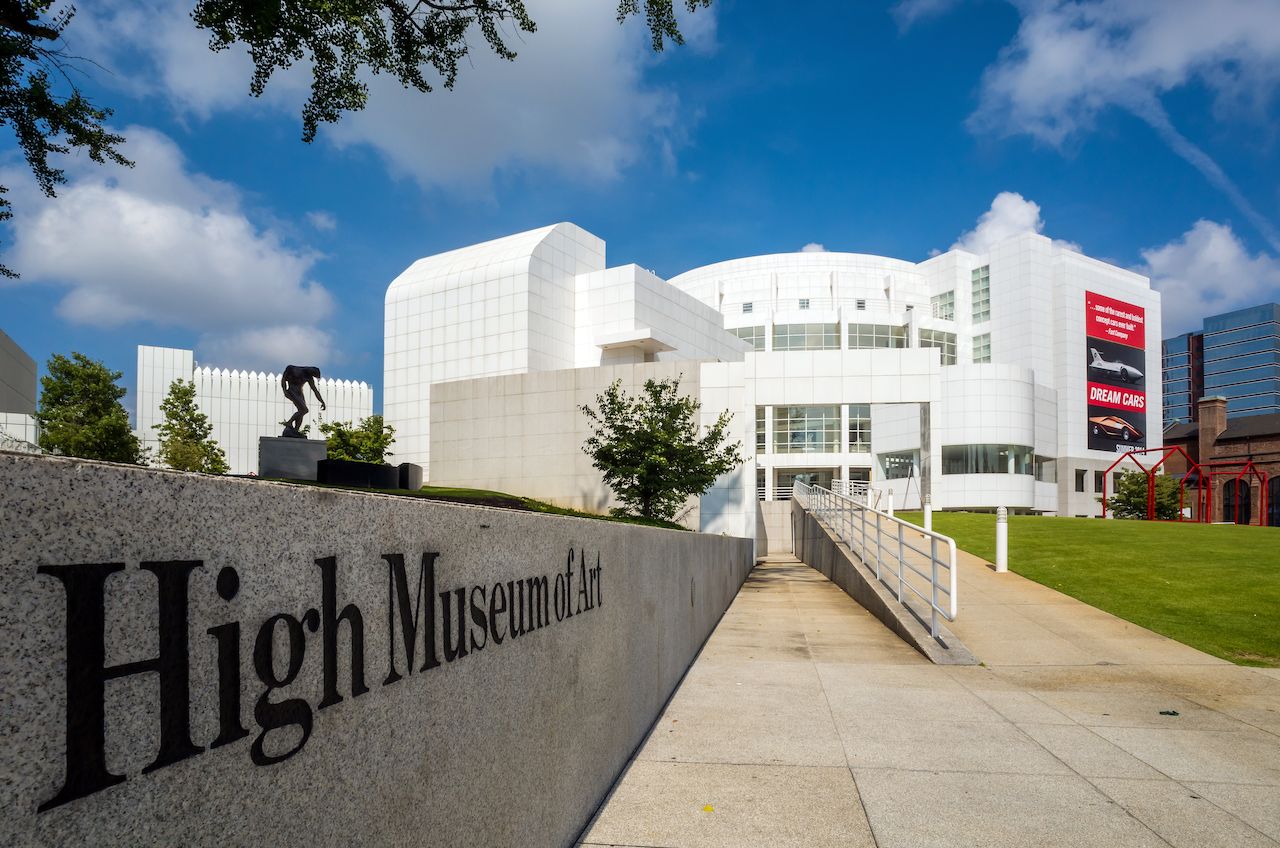 High Museum of Art — The High in Midtown is Atlanta’s premier art museum. In addition to rotating exhibitions, including “Yayoi Kusama: Infinity Mirrors,” it offers film screenings, Friday jazz nights, and art classes. Its permanent collection includes 19th- and 20th-century American art, African American art, European art, and contemporary photography and folk pieces. The stark-white structure designed by Richard Meier and Renzo Piano is a work of art in and of itself. 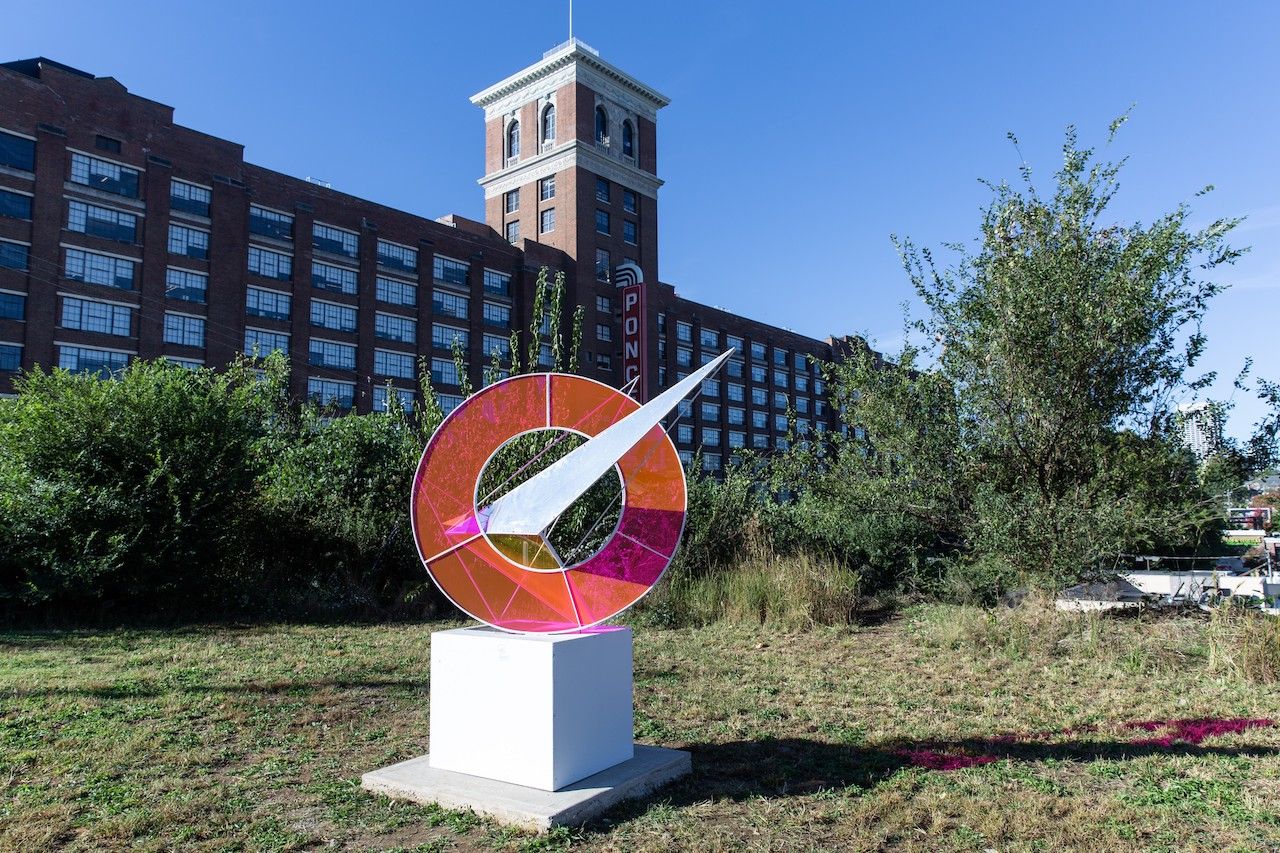 Photo: Art on the Atlanta Beltline

Art on the Atlanta Beltline — One of the goals of the Atlanta Beltline, a rails-to-trails greenway that will eventually encircle the entire city, has been to incorporate public art into the trail experience. As you cruise down the Beltline Eastside and Westside Trails, you’ll encounter sculpture, murals, and photography in addition to performance art, such as dance and music. You’ll also find photography displays that tell the story of Atlanta and the Civil Rights Movement. 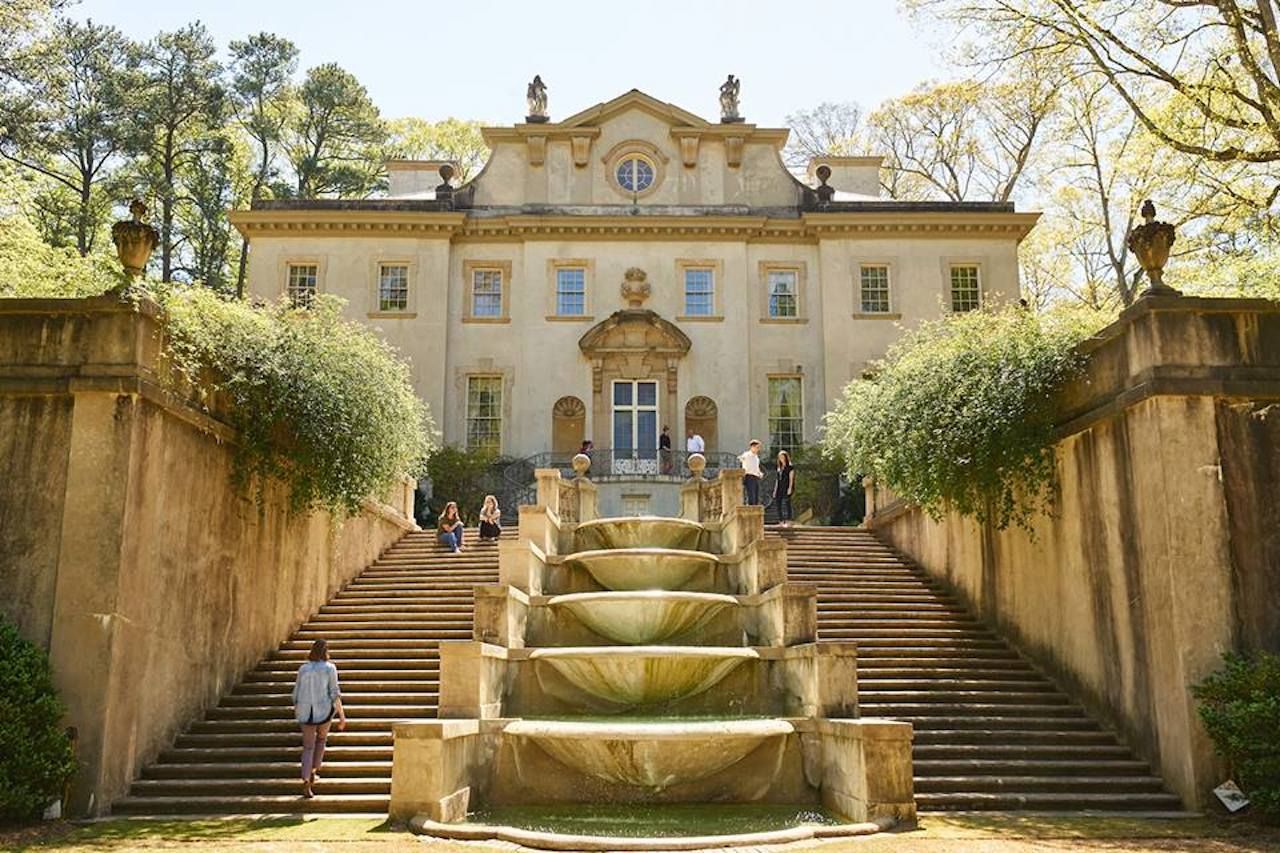 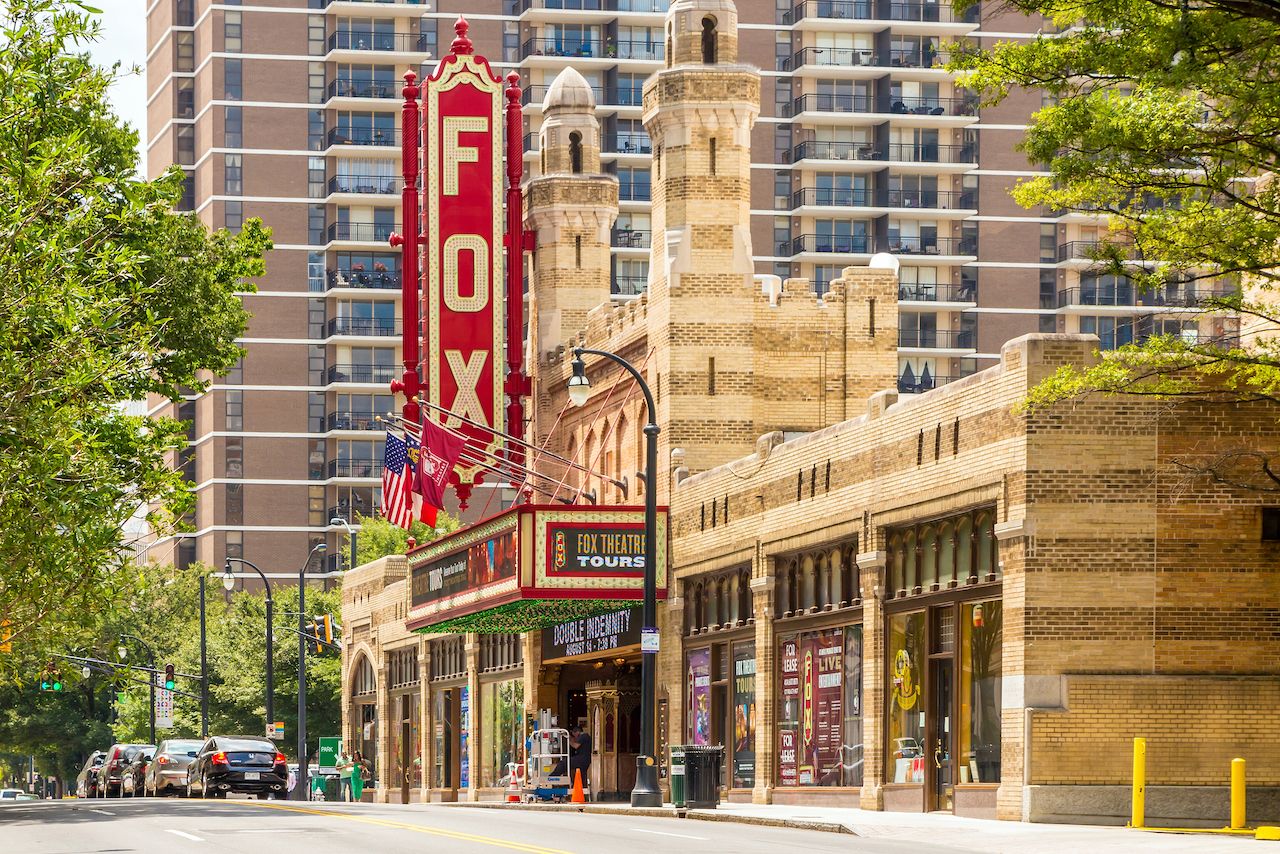 Fox Theatre — Built in the late 1920s, the Fox Theatre’s ornate design was inspired in part by the Alhambra in Spain, making for an awe-inspiring and unique interior. Today the theater hosts musicals, concerts, comedy acts, and more, and it recently added a Marquee Club that gives ticketed visitors access to several chic bar areas and a rooftop lounge with a view of the Beaux Arts-style hotel, The Georgian Terrace.

Atlanta Movie Tours — The film industry is going strong in Atlanta, earning the city the nickname, “Y’allywood.” Popular series Stranger Things and The Walking Dead, and more than 1,500 movies, have been filmed in the area, so if you’re a TV and movie buff, sign up for one of Atlanta Movie Tours’ themed tours. Tickets range from $20 to $69 depending on the tour. 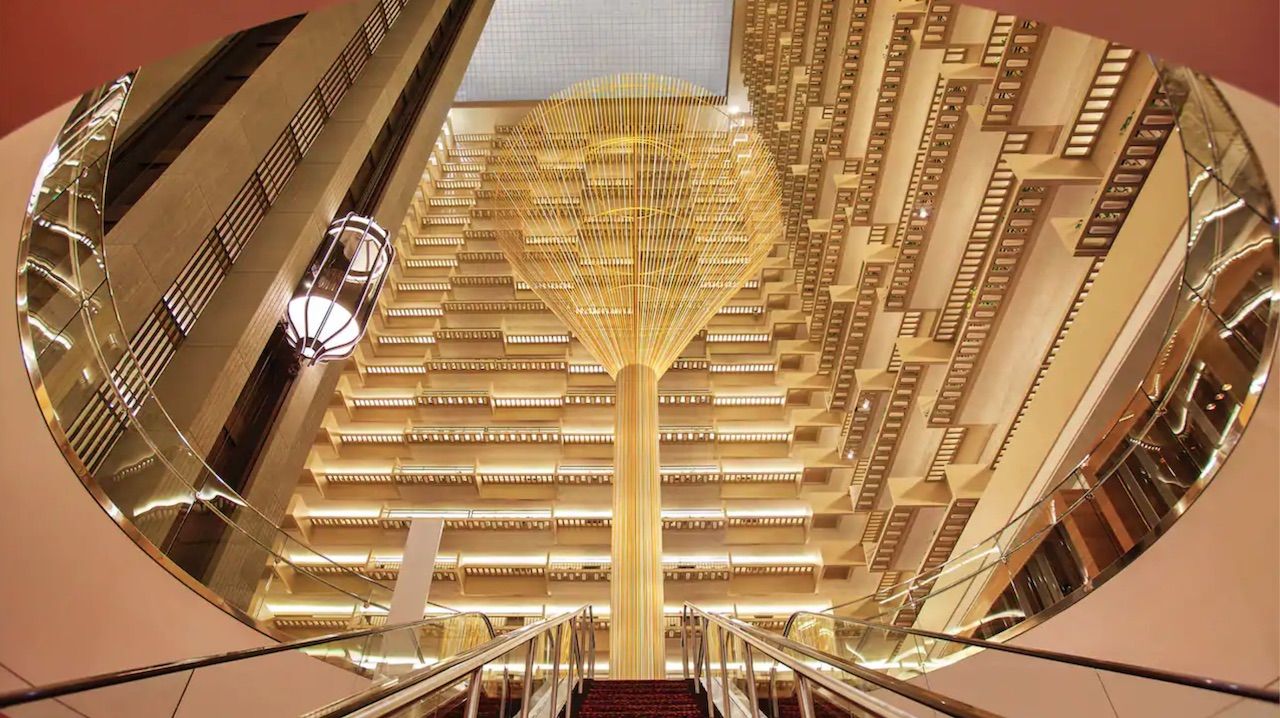 John Portman architecture — World-renowned architect John Portman began his career in his hometown of Atlanta in the 1950s, and his signature sky-high atriums are still jaw-dropping today. No need to book a room to be wowed by the Hyatt Regency Atlanta’s or the Atlanta Marriott Marquis’ futuristic lobbies. Simply walk in, look up, and try not to keel over from dizziness. Then take a swift ride in a glass elevator that feels like it’s beaming you up into a spaceship. At the Hyatt, that elevator will deliver you to Polaris, a mid-century modern lounge in a glass bubble that rotates, altering your view of the downtown Atlanta skyline by the minute. 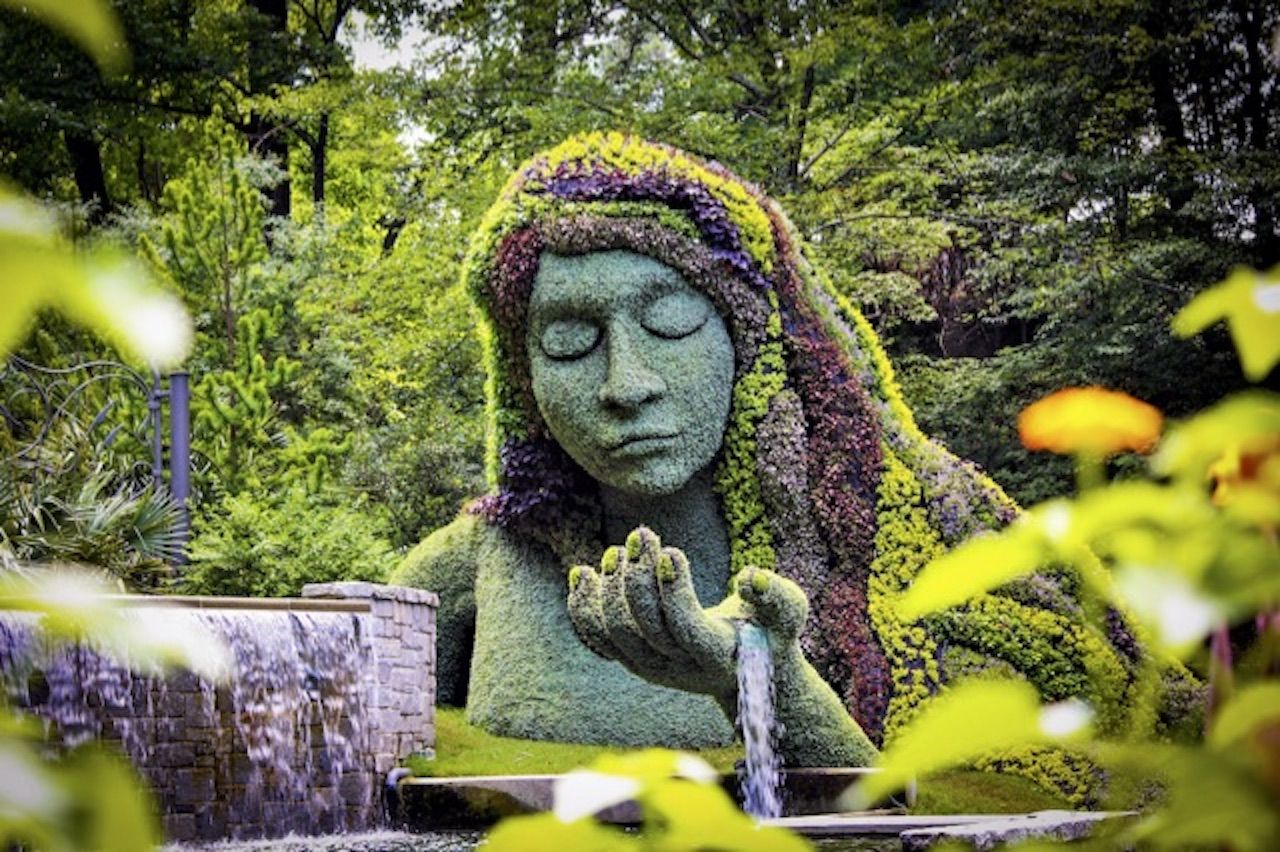