You can count on one thing in Atlanta: You will not go hungry. The city’s food scene has exploded in the last five to 10 years, with new innovative eateries popping up all the time as locals scramble to sample the latest flavor.

Much like its transplant population, the eats here are ever evolving and diverse. Yes, you’ll find Southern influences on menus (shrimp and grits, fried chicken, pimento cheese, etc.), but you’ll also find restaurants inspired by the cuisines of France, Spain, Italy, Mexico, India, and Japan, not to mention plenty of farm-to-table contemporary American cuisine. Perhaps the best displays of the city’s varied fare are at its popular food halls, Krog Street Market and Ponce City Market, where just about any craving can be satisfied.

Thanks to the popularity of the Atlanta Eastside Beltline Trail, a new rails-to-trails walking/biking path, much restaurant development has been focused in the Old Fourth Ward and Inman Park neighborhoods, where diners can use the path to bounce from one spot to another. That’s not to say the rest of the city isn’t worth exploring for food. The whole city is dense with exceptional restaurants, not to mention shops, art galleries, cocktail bars, and pubs, so pick a food spot that sounds delicious and then explore the area around it. 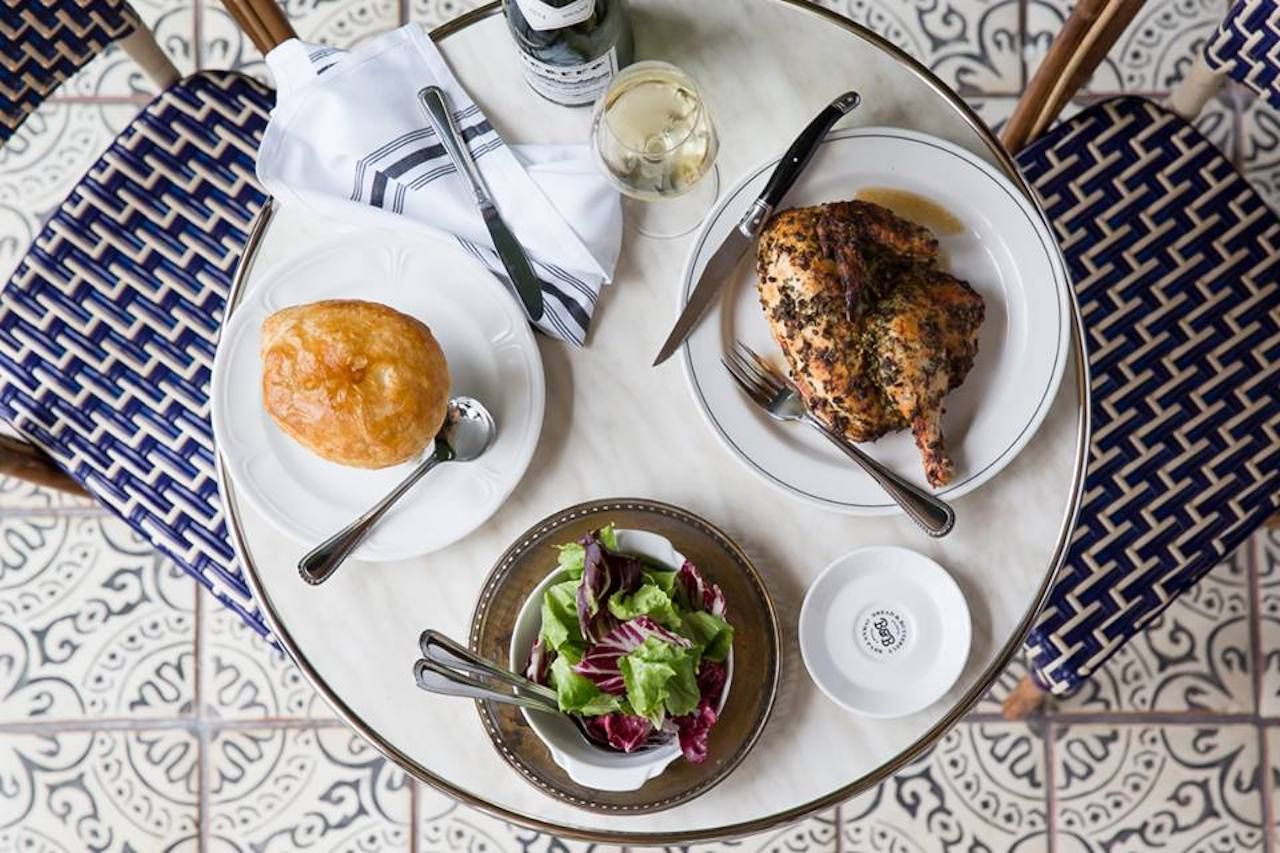 Bread & Butterfly $$ — The décor is fresh, fun, and French, and so is the food. This adorable café and bistro in Inman Park’s buzzy restaurant district serves food all day but is perhaps most charming at brunch, when the sunlight bathes its cozy indoor patio, and you can dig into a quiche that’ll blow your mind. The food has options like the omelet du jour with mixed greens, the burger Americain, and the shrimp remoulade. On Friday nights, the bistro books live French bands for guests to enjoy with their Sazeracs and steak frites.

Krog Street Market $-$$$ — If you only have time for one food spot in Inman Park, make it this small-but-bustling food hall near the Beltline Eastside Trail Irwin Street crossing. The 1920s warehouse-turned-food-mecca buzzes at all hours thanks to its wide variety of quality eats. There’s Neapolitan pizza, phở, burgers, shawarma, sushi, Szechuan dumplings, and Southern fried hot chicken, to name a few of the greats. Settle into one of the long community dining tables inside or on the patio to take in your meal and the cheerful atmosphere. Or try one of KSM’s sit-down restaurants, equally popular with the locals.

BoccaLupo $$ — The dishes at this small but mighty Italian-American eatery never disappoint — probably because the pasta is handmade and the ingredients rotate with the seasons (the black spaghetti with calabrese sausage and shrimp is a favorite). Though the cuisine is upscale, and the atmosphere is dimly lit and intimate, the vibe is never stuffy. Expect a packed (and somewhat noisy) house, and make reservations ahead of time. 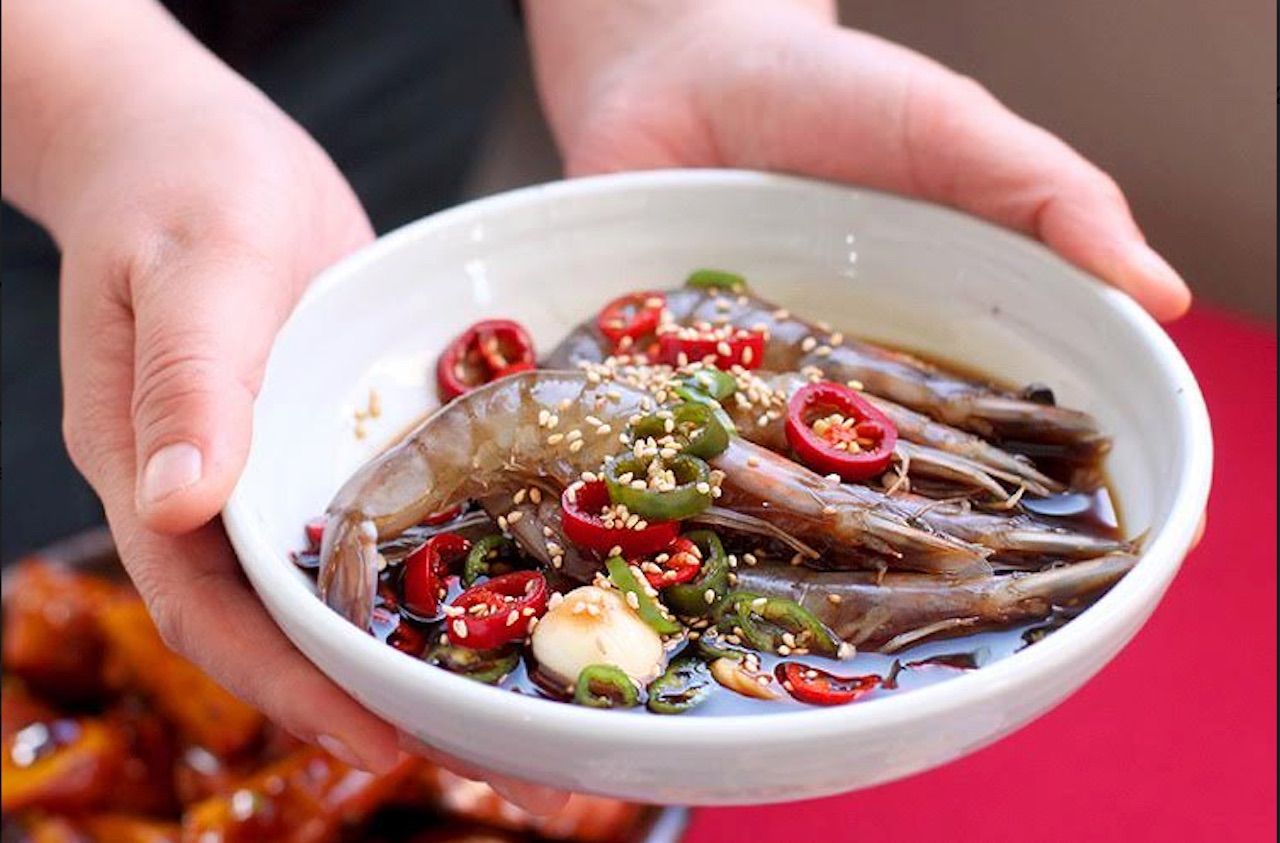 A Mano $$ — A cheerful, mustard-colored structure on a residential street corner in Old Fourth Ward, this Italian-American bistro is small, cozy, and unassuming. Seating is sparse (call ahead for reservations) but the close-knit tables and petite string light-adorned patio make for an inviting space. Expect handmade pasta dishes, excellent cocktails, and a warm neighborhood bistro feel.

Ponce City Market Central Food Hall $-$$$ — The city’s most popular adaptive reuse project, Ponce City Market is a big and beautiful structure built in the late 1800s. The building was restored in 2014 to house a large food hall, as well as retail shops, office space, apartments, and even a rooftop fairground with multiple bars. The food hall offers both sit-down and market-style eateries and a wide variety of cuisine — think Indian street food, Latin-inspired dishes, gelato, burgers, ramen, a fish shack, fried chicken, sushi, and Szechuan. Fuel up in the food hall, browse the shops, play Skee-Ball on The Roof, and then hop on the Eastline Beltline Trail, which runs right by PCM, for more Atlanta exploration.

Staplehouse $$$$ — Voted Best New Restaurant of 2016 by Bon Appetit magazine, Staplehouse is one of Atlanta’s finest eating establishments. The imaginative tasting menu changes daily. While the cuisine is certainly a cut above, the atmosphere is that of a friendly neighborhood hangout. In fact, the vintage brick building in which the restaurant lives is so understated you might think you have the wrong address. (Tip: the entrance is around back, and it’s a warm welcome.) Bonus: All the profits from Staplehouse go toward its parent nonprofit, The Giving Kitchen, which provides emergency financial assistance to restaurant workers in need. 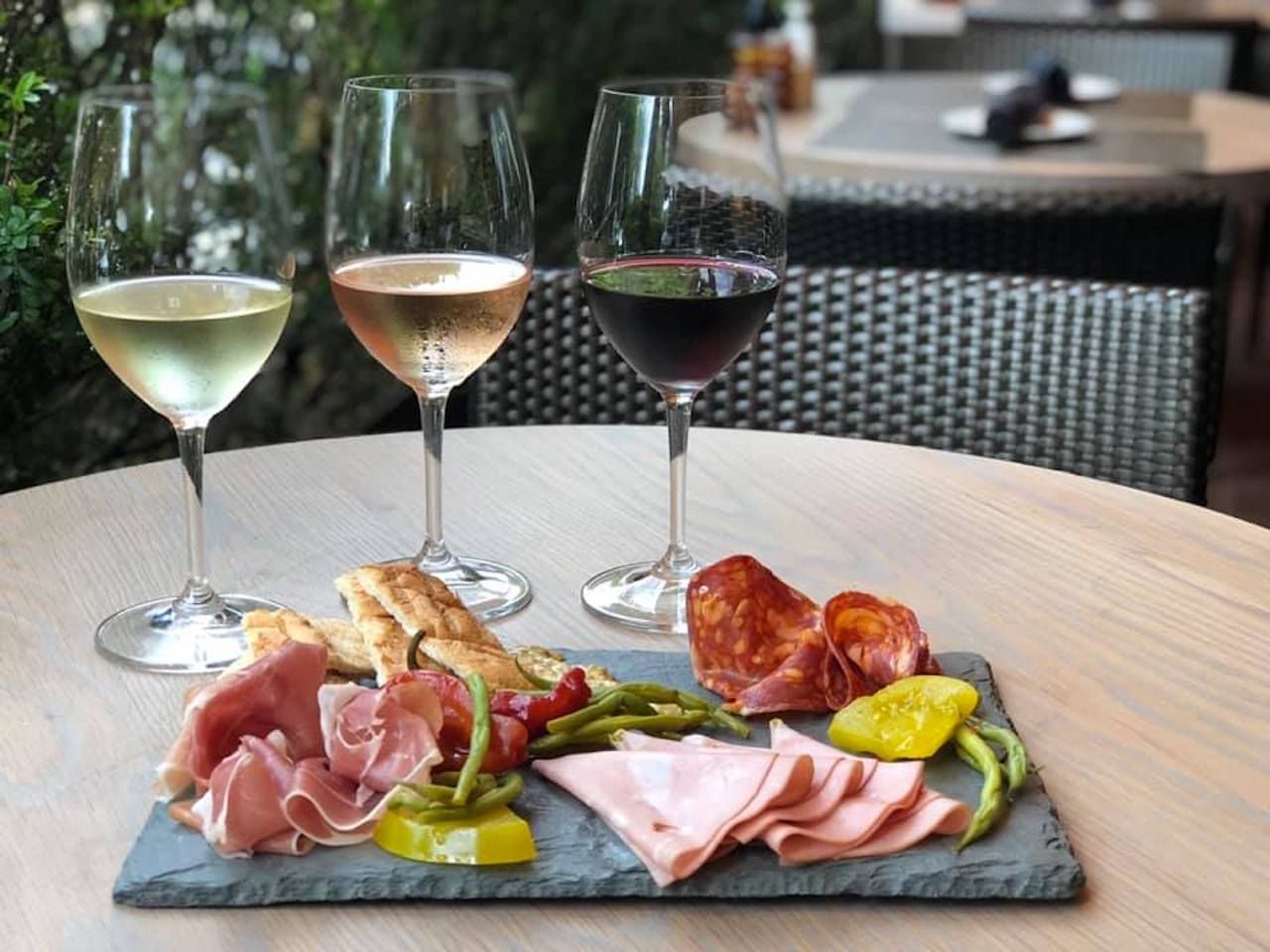 Murphy’s $$ — This restaurant has thrived at the corner of Virginia Avenue and North Highland Avenue for 35 years, never flagging in popularity with locals thanks to a homey atmosphere and top-quality food. Open for lunch and dinner, but most popular as a weekend brunch spot, the fare is contemporary American with a touch of Southern charm (order a side of cheddar grits with your crab cake benedict). It’s also a great place to kick off a Virginia-Highland shopping spree, as the boutiques are just across the street.

Callie’s Hot Little Biscuit $$ — If biscuits are your thing, hit up Callie’s, a Charleston, South Carolina-based bakeshop that sells seven different takes on the handmade biscuit. The most popular are the cinnamon, the country ham, and the blackberry. The biscuits are tiny, and one order includes three. Top those off with a French press coffee and a bowl of grits, and you’ll be perfectly fueled up for walk to Piedmont Park and/or an afternoon nap.

Cacao Cafe $ — Local chocolatier Cacao Atlanta Chocolate Co. has a store in Virginia-Highland where you can sample chocolate bars, confections, cake, and drinks in its modern French café-style setting. Try the warm sipping chocolate, which comes in an espresso cup and tastes like heaven.

8Arm $$ — Situated in the shadow of Ponce City Market, this tiny eatery serves inventive American fare and is regularly mentioned on best-of lists. Come here for brunch, dinner, and the late-night menu. The food is intended to be eaten family-style, so order a few items to share. After dinner, step into its intimate cocktail bar, Ink. 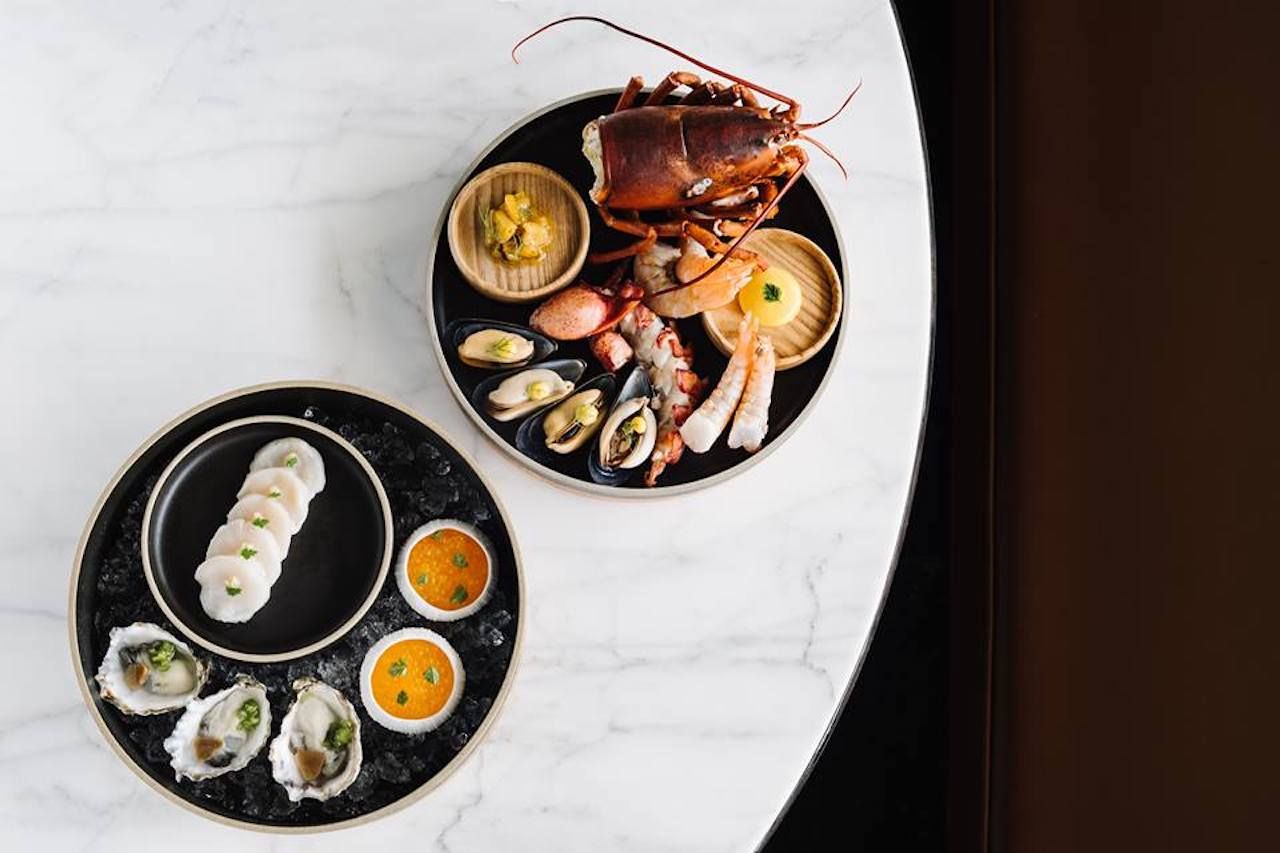 Bacchanalia $$$$ — For two decades, Bacchanalia, owned by well-known chef Anne Quatrano, has reigned as one of Atlanta’s most outstanding eating establishments and is usually reserved by locals for special occasions. The ingredients for its contemporary American cuisine are organic, seasonal, and often sourced from Quatrano’s own farm, and the menu is prix fixe. The vibe is farm-to-table chic with thoughtful, pristine service. Months-ahead reservations are a must.

Star Provisions Market and Cafe $ — Open for breakfast and lunch, and conveniently close to shopping and art galleries in Atlanta’s West Midtown area, Star Provisions is a market and café run by renowned local chef Anne Quatrano. Quatrano also owns the upscale restaurant Bacchanalia, housed on the opposite side of the same building. Here, you can pick up fresh meats, cheeses, breads, and baked goods to-go or dine in on a menu of sandwiches, boards, and bowls, plus locally roasted coffee. The sunny establishment with a spacious outdoor patio also sells stylish home goods, so you may come away with a souvenir.

Nuevo Laredo Cantina $$ — Home-cooked, authentic Mexican food is this dive’s specialty, and it’s clear by the throngs of customers often gathered on its front deck that it’s a crowd-pleaser. Nuevo doesn’t accept reservations, but waiting is part of the fun, especially if you have a margarita in your hand. This is an extremely casual hole-in-the-wall establishment that’ll give you a warm and fuzzy feeling as you dig into its addictive chips and salsa and traditional Mexican plates. 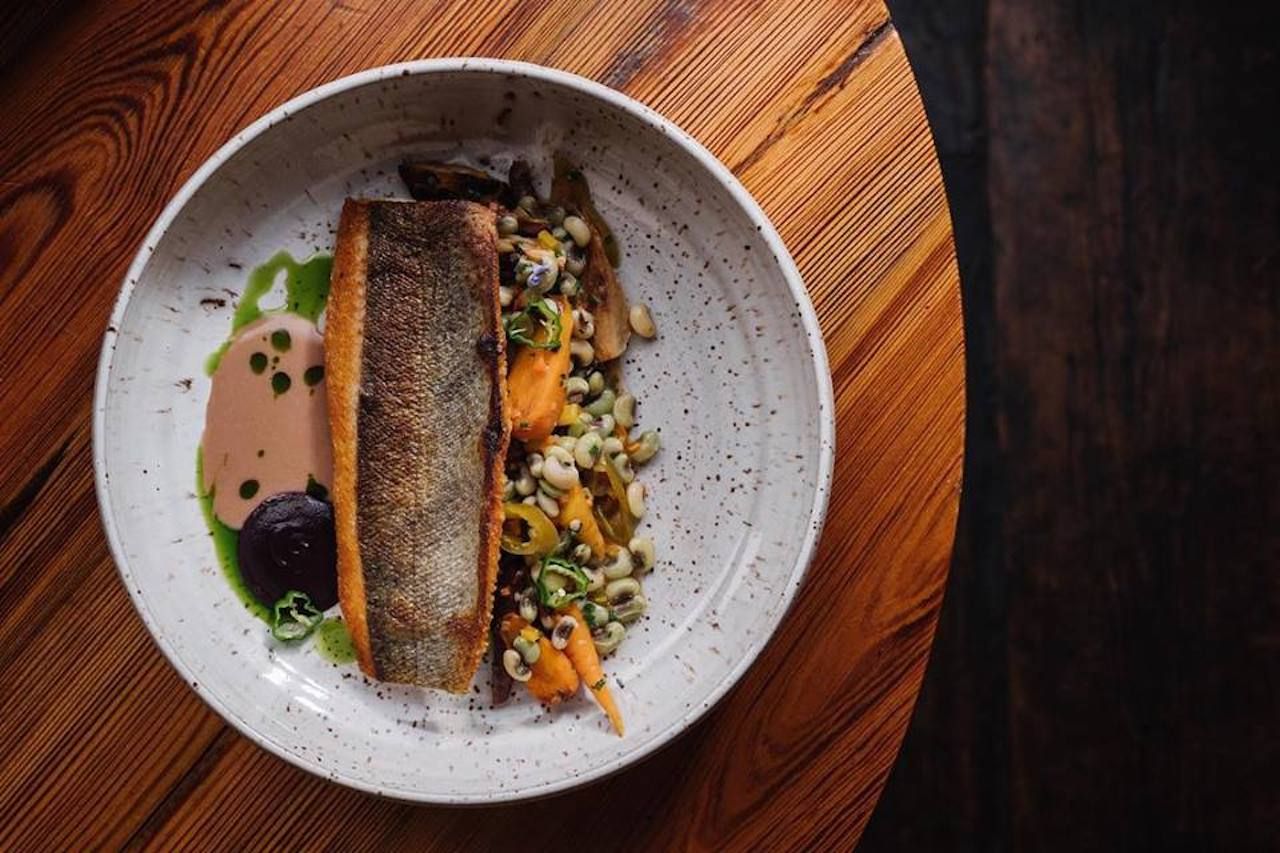 Kimball House $$$ — Housed in a former train depot, Kimball House’s sky-high ceilings, towering windows, and vintage hotel-bar-inspired décor are a feast for the eyes. Its trademark is its raw bar menu, which includes more than 20 different kinds of oysters, each with a clever description of its flavor (for example, “country ham and butter” and “egg-drop soup”). If oysters aren’t your thing, the dinner menu offers plenty of beef options, plus duck and rabbit. Kimball House is also known for its inventive cocktails and absinthe service.

Chai Pani $$ — A celebration of Indian street food, Chai Pani serves shareable chaat plates, uttapam, sandwiches, and salads in a lively, casual atmosphere. Some of the dishes tie in Southern touches, such as the matchstick okra fries and the Bengali fish fry sandwich, which is made with North Carolina catfish. Even the soft drinks hail from India. Try the Thumbs Up and Limca.

The Iberian Pig $$$ — Spanish-inspired tapas rule this Decatur Square stronghold, and it’s a fun place for a group outing. While small plates such as the pork cheek tacos and the patatas bravas are delish, the cheese and charcuterie options are the stars here. Don’t be surprised if your board incorporates a surprise bit of chocolate. 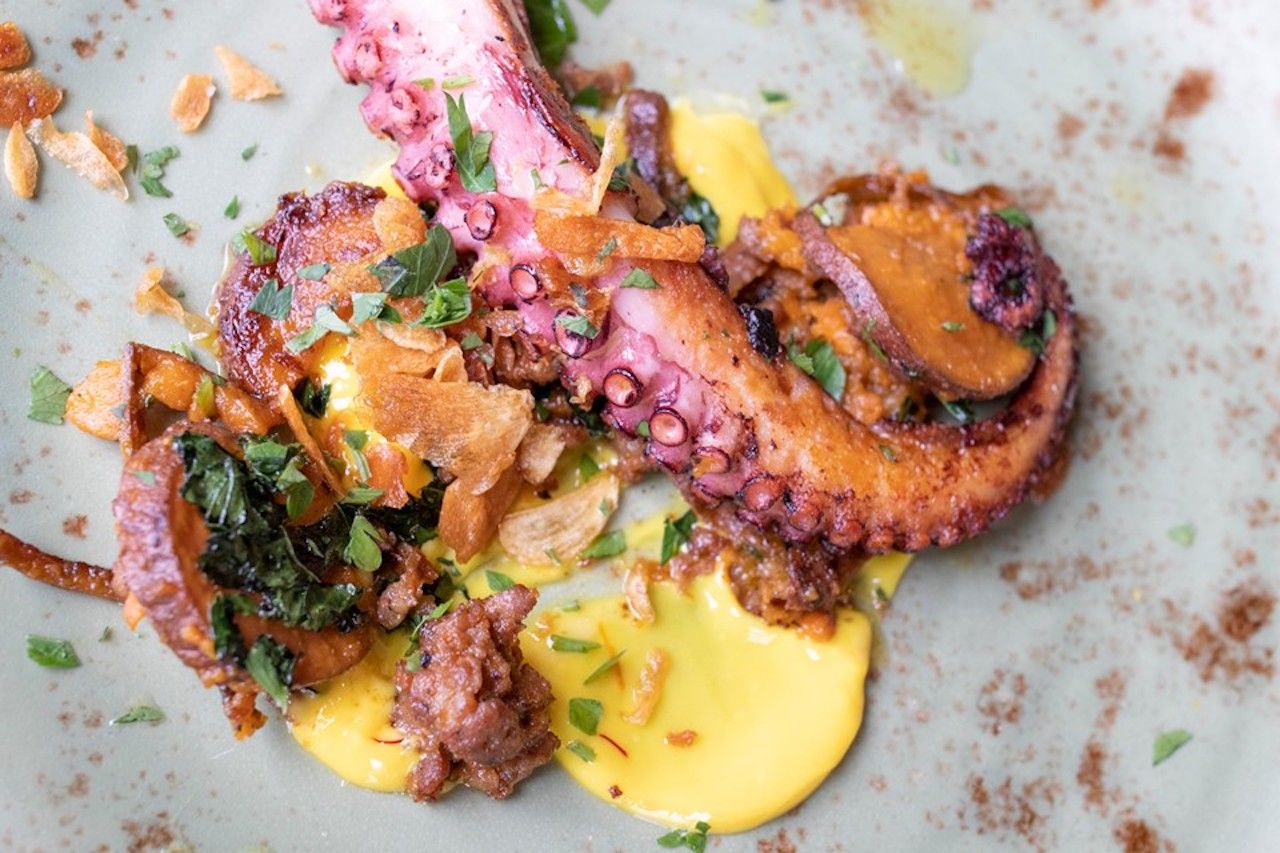 Gypsy Kitchen $$$ — Gypsy Kitchen serves Spanish-inspired cuisine and has both a bar area and outside patio. Expect tapas to share like almendra almonds, Spanish olives, blistered roulette peppers, as well as design-your-own cheese and charcuterie boards with plenty of options. The surrounding Rodeo Drive-inspired The Shops Buckhead Atlanta is worth browsing (even if you can’t afford the goods) before or after your meal.

Henri’s Bakery and Cafe $ — Buckhead may have changed over the decades, but the sandwiches and baked goods at Henri’s, which opened in 1929, have not. This is a good thing since no one seems marry deli meat, mayo, mustard, and house-baked bread quite like this café. You can line up at the counter to add toppings to your sandwich, but we don’t see the point since they’ve always shined without all that extra stuff. So grab a pre-made turkey on white or a ham and cheese on an onion roll, and then follow it up with a thumbprint shortbread cookie or a petit four.

Bones $$$$ — Since its opening in 1979, this traditional steakhouse has been regarded as one of the best in the city. The jumbo lump crabmeat cocktail, truffle butter mashed potatoes, and melt-in-your mouth beef entries are appropriately rich and delicious. Expect thoughtful service, décor that reflects its age, and an old-world feel that doesn’t go out of style.

Umi $$$$ — Rumor has it this elegant Japanese restaurant in the heart of ritzy Buckhead is popular with Atlanta’s Y’allywood crowd. Upscale with a strictly enforced dress code (no athleisure permitted), it’s often named as the best sushi restaurant in the city (and the South) thanks to chef Fuyuhiko Ito’s amazing talent and fresh ingredients. Also make a reservation at Himitsu, the adjoining “secret” cocktail bar that requires a code to enter, for after-dinner drinks. 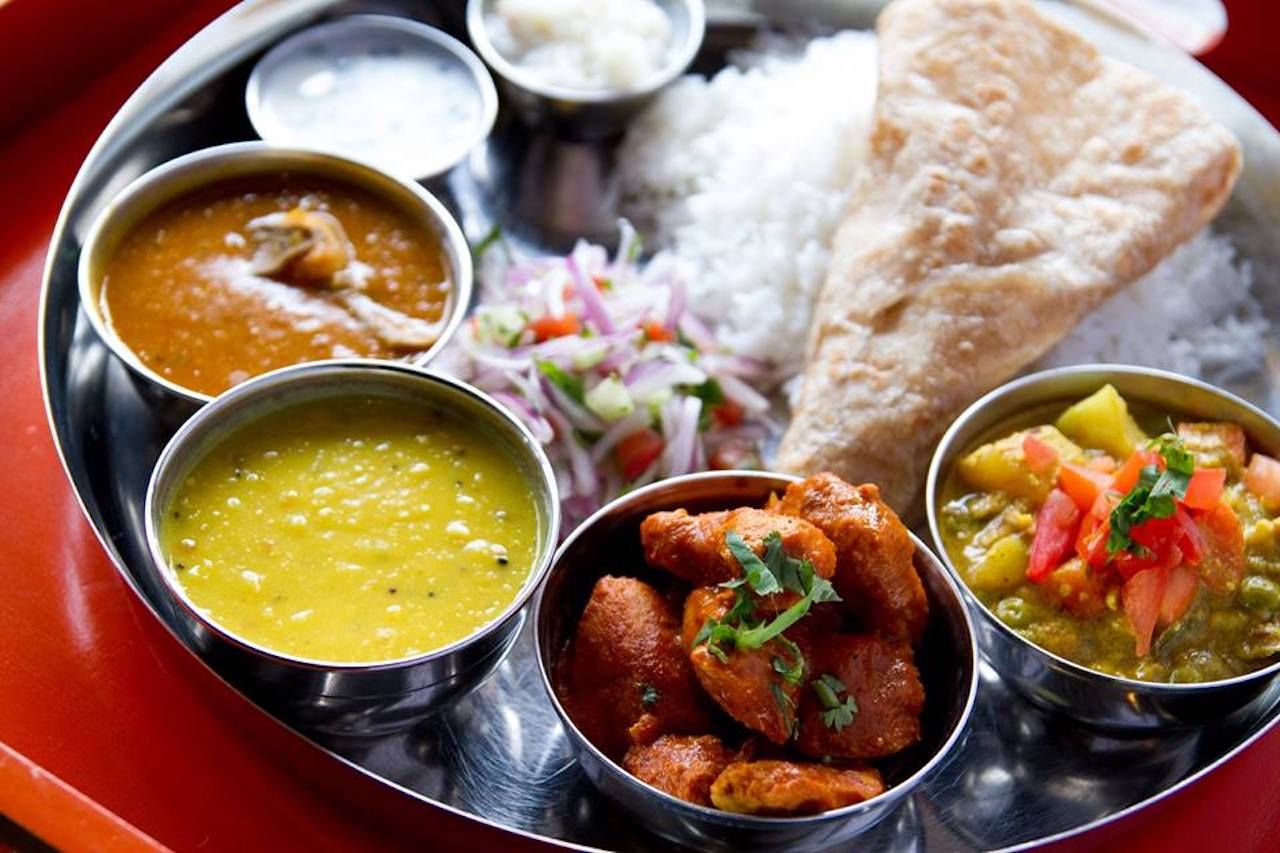 Varuni Napoli $$ — The centerpieces of this Neapolitan pizza joint, set in a nondescript shopping center off Monroe Drive near Piedmont Park, are its two brick pizza ovens. The vibe is high energy, and classic Italian movies are projected onto the wall. Sometimes the owner squeezes a very loud horn from the open kitchen. The pizza is fresh, deliciously addictive, and, thanks to light crusts, oh-so-easy to scarf down. We recommend the Porreca Piccante if you like spicy, but all are worth trying.

Mary Mac’s Tea Room $$ — Mary Mac’s has been serving Southern soul food on Ponce de Leon Avenue since 1945, and you get the feeling that nothing much has changed since then. For example, the restaurant still leaves pencils on the table so you can write down your order. But, of course, therein lies the charm. Expect lots of fried things — fried chicken, chicken fried chicken, fried okra, fried oysters, fried green tomatoes — plus Southern veggies like butter beans and black eyed peas. For the full experience, have a sweet tea or a mint julep with your meal.