São Paulo is a cultural melting pot, and where there are many cultures, there are many good places to eat. The city’s food scene is influenced by Italian, Lebanese, Portuguese, and Japanese immigrants who all call São Paulo home. There’s everything from fine dining (it was one of the two cities where the Michelin Guide launched its Brazil edition in 2016), to street food, to the magnificent Mercado Municipal. It’d be nearly impossible to eat all the way through São Paulo, but you could do worse than starting at these top food spots, broken down by neighborhood. 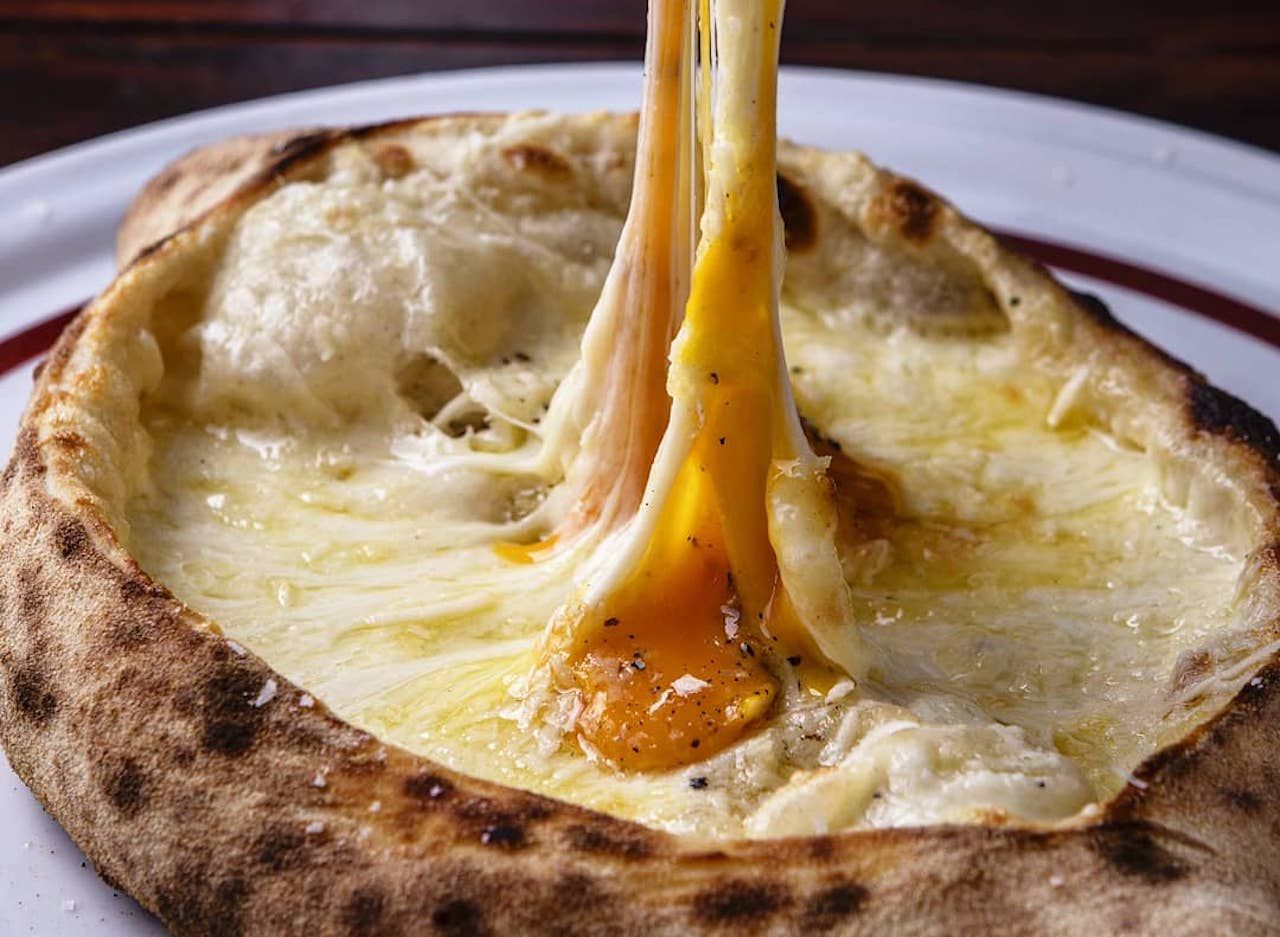 Bráz Pizzaria $$ — Partly due to São Paulo’s Italian immigrant population, partly due to the fact that pizza is nearly everyone’s favorite food group, the city is loaded with pizzerias. Bráz is one you don’t want to pass by without trying. This particular branch of the small chain is located on Rua Vupabussu, by the Empório Alto dos Pinheiros. It has a slightly higher price tag, but it’s worth it. You also can’t miss its younger sibling, Bráz Elettrica, located on Rua dos Pinheiros. Go for the lunch deal that includes a pizza, salad, and drink for around US$7.50.

Meats $ — Meats delivers on its namesake. It has the city’s best burger, a bold claim in a city with literally hundreds of burger restaurants. Don’t miss the lunch deal that runs from Monday through Thursday, which includes a burger, a drink, and chips or onion rings for around US$7.50. Menu favorites include the classic cheeseburger with extra bacon, the Po Po Pó chicken burger, and the Greenator. The chickens wings are also spectacular, and are a good option if you’re not in a burger mood.

Santa Clara $ — If it’s traditional Brazilian cuisine you’re looking for, look no further than Santa Clara, which is on Rua dos Pinheiros and set back slightly from the pavement in a yellow house. It’s self serve in that you choose what you want and then weigh your plate to find out the price. This restaurant is particularly good on Wednesdays and Saturdays when feijoada (classic Brazilian bean and meat stew) is served. Santa Clara is only open at lunchtime.

Frida & Mina $$ — Frida & Mina is an ice cream shop on Rua Joaquim Antunes and is immensely popular with locals and tourists alike. The ice cream is all natural and absolutely delicious. On hot days, expect to find long lines that wrap around the corner. 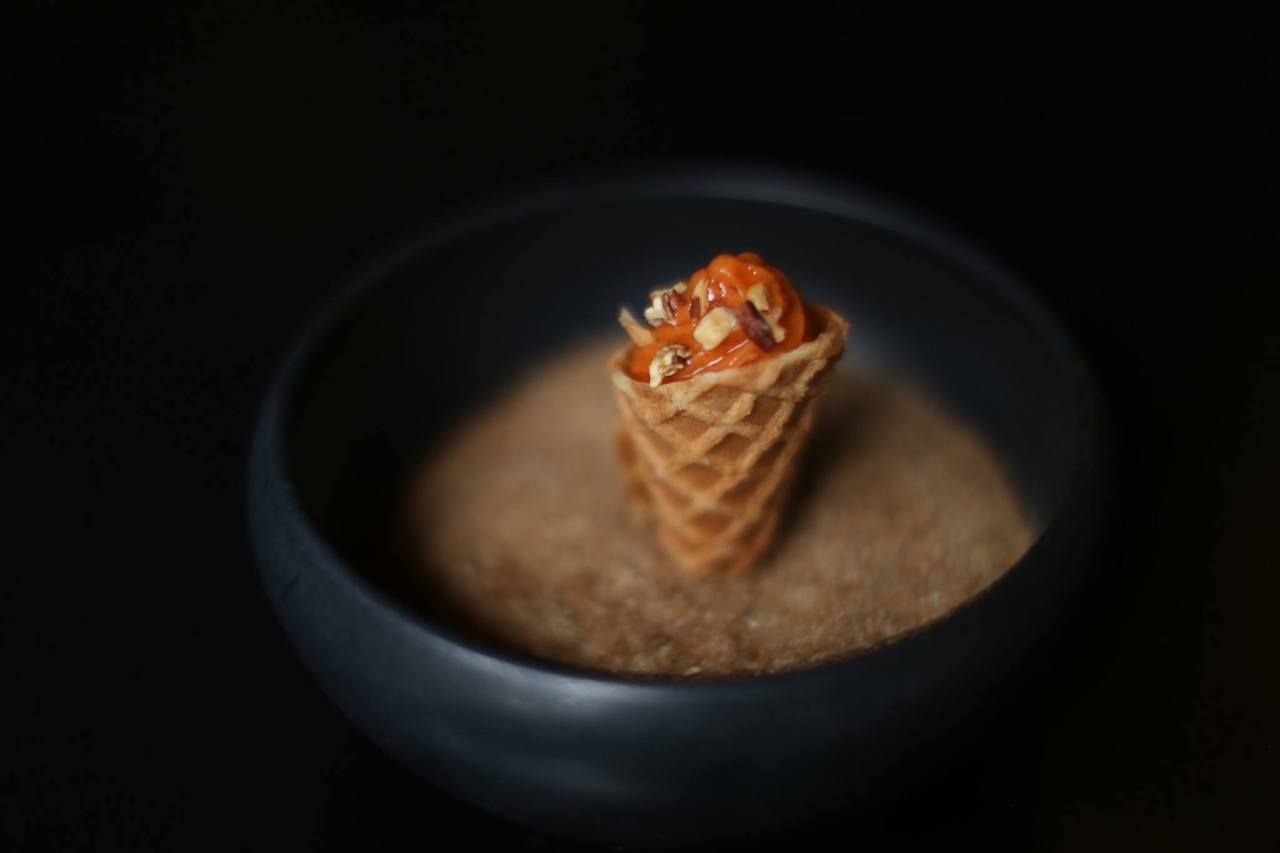 Tuju $$$ — In 2018, Tuju got its second Michelin star, and it’s easy to see why. Head chef Ivan Ralston uses local ingredients for an upscale, fine dining take on the food available in Brazil. As you would expect, prices are higher here, but the quality of the food makes the money paid completely worth it.

Banana Verde $$ — Banana Verde is a haven for vegetarians and vegans. The restaurant focuses on organic produce for an entirely meat-free menu using traditional flavors from the state of Minas Gerais. Even the more ardent carnivores will find something they enjoy.

Saj $$ — Saj has become hugely popular in São Paulo, and the chain now has four restaurants across the city. Serving Middle Eastern food in a cozy setting, this restaurant is great for a relaxed dinner with friends. The homemade Lebanese flatbread is fresh and delicious, as is everything else on the menu. 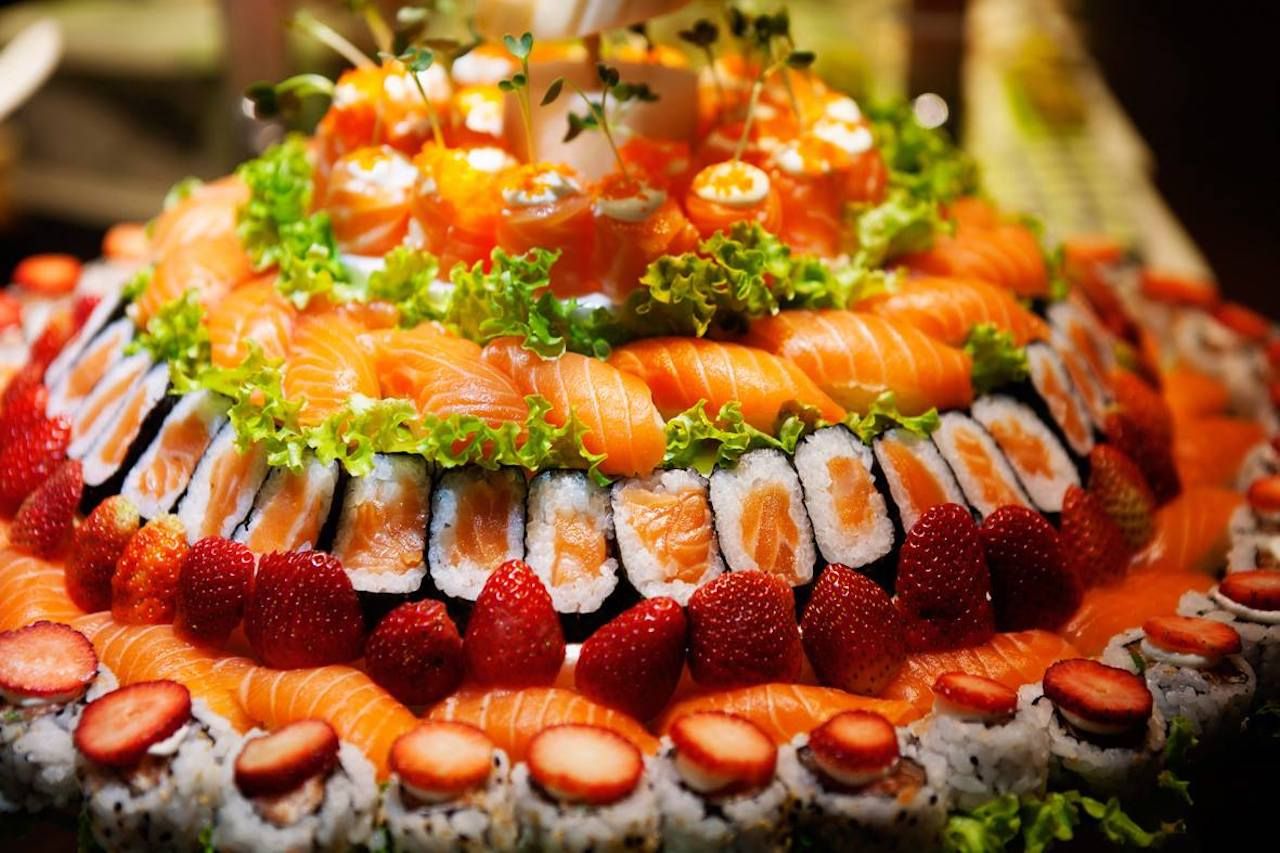 Tanka $$ — Tanka is more of a buffet-style restaurant, and is seen as one of the best sushi joints in the neighborhood. Make sure to go hungry, as you pay for all you can eat — and you’re going to want to eat a lot. It has a slightly high price, but as long as you make the most of the buffet, you’ll be getting your money’s worth.

Tia Tia $$ — Tia Tia is the type of restaurant that’s easy to miss, but when you venture inside, you’re fed with some of the best food you’ve ever had. Despite the uninspiring decor, this restaurant serves incredible Japanese food, and it’s worth making the trip to Liberdade just to go here. Try one of the sushi boats with a side of pork gyozas and thank us later. 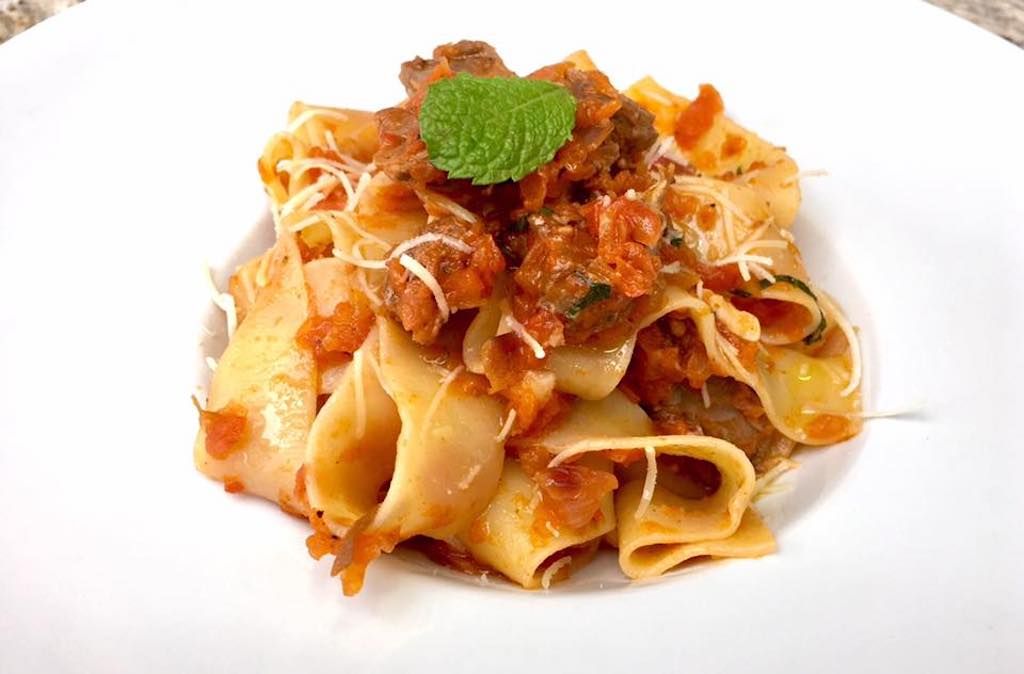 Cantina C…Que Sabe! $$$ — C…Que Sabe! is a traditional Italian restaurant and a can’t-miss sit-down spot for fresh pasta in São Paulo. All of the pastas are made on site, which is the same amount of care the chefs put into every dish. Expect to enjoy a lively atmosphere while you eat with the occasional live Italian band.

Pizzaria Speranza $$ — A favorite of many top 10 São Paulo pizzeria lists, Speranza is one of the oldest traditional pizza spots in the city and was the first to make an Italy-approved classic Neapolitan margherita pie. If on the off chance you’re not feeling pizza, there’s also the tortano, a traditional Neapolitan bread filled with sausage. 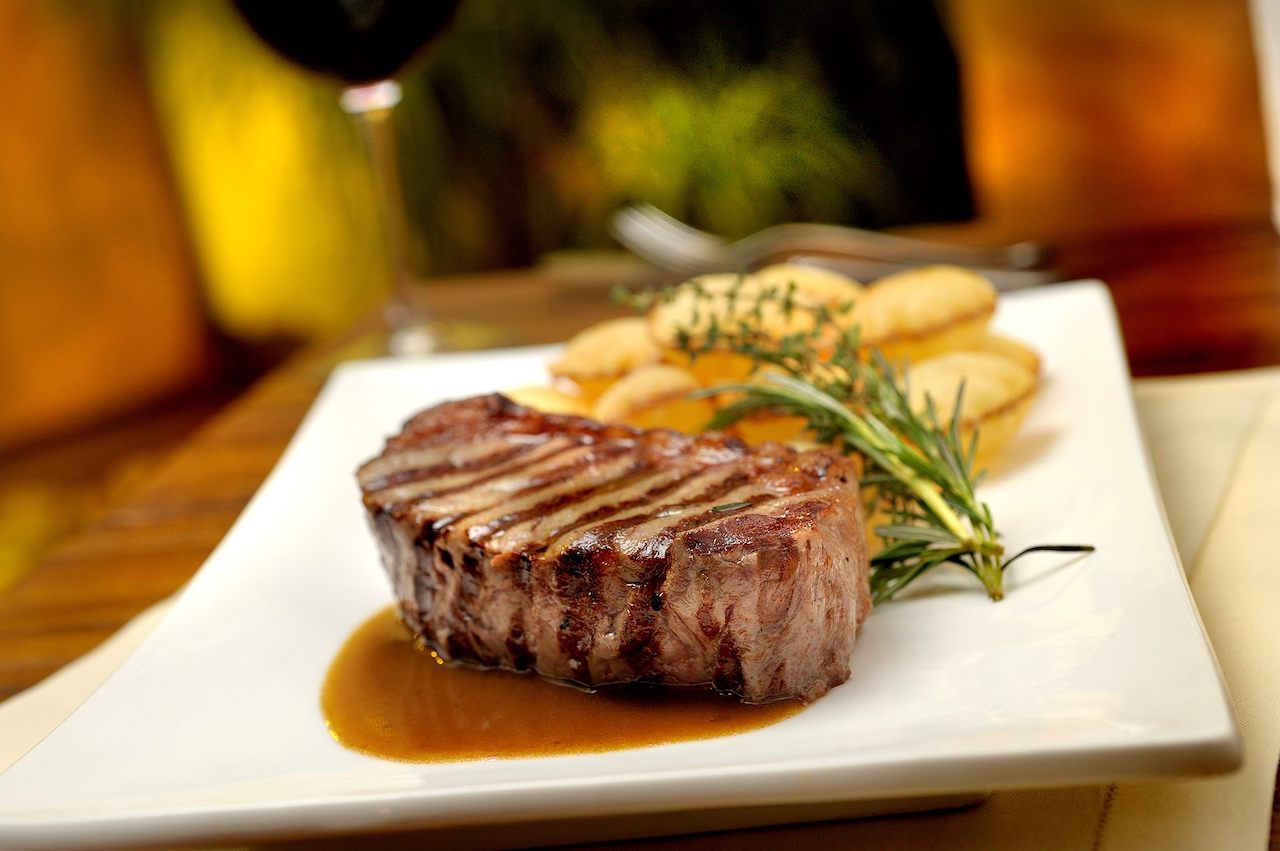 Varanda $$$ — Varanda is the top steakhouse in São Paulo, without a doubt. Opened in 1996, Varanda serves hand-selected cuts of meat that are cooked just right, with a wildly attentive wait staff catering to your every need. And, of course, what’s a great steak without great wine? Varanda is well stocked on that front, too. You’re going to pay for it, but the prices are high for a reason.

Seen $$$ — Seen is part fancy cocktail bar, part fine dining steak and seafood restaurant, and part sushi spot. Chef William Ribeiro uses the highest quality organic ingredients and well-sourced proteins. If you don’t have time for the full dining experience, stop by the cocktail bar and be treated to stunning views of the São Paulo skyline while you sip on a time-tested classic or one of Seen’s original drinks.

Nakka $$ — Nakka is a Japanese restaurant that balances traditional and contemporary cuisine. The main event here is specialty sushi, but there are a few non-fish items on the menu as well. It’s the type of place where you can order a standard tuna roll right alongside sea urchin with quail egg. An eight-page cocktail and spirits menu makes sure you won’t go thirsty.