Each São Paulo neighborhood has its own story and unique vibe, but, like the pieces of a large jigsaw puzzle, they all fit perfectly to create a beautiful and diverse city. The following neighborhoods are the best areas to visit during your stay in São Paulo to get a feel for Brazil’s financial center and the fourth-most-populated city in the world. 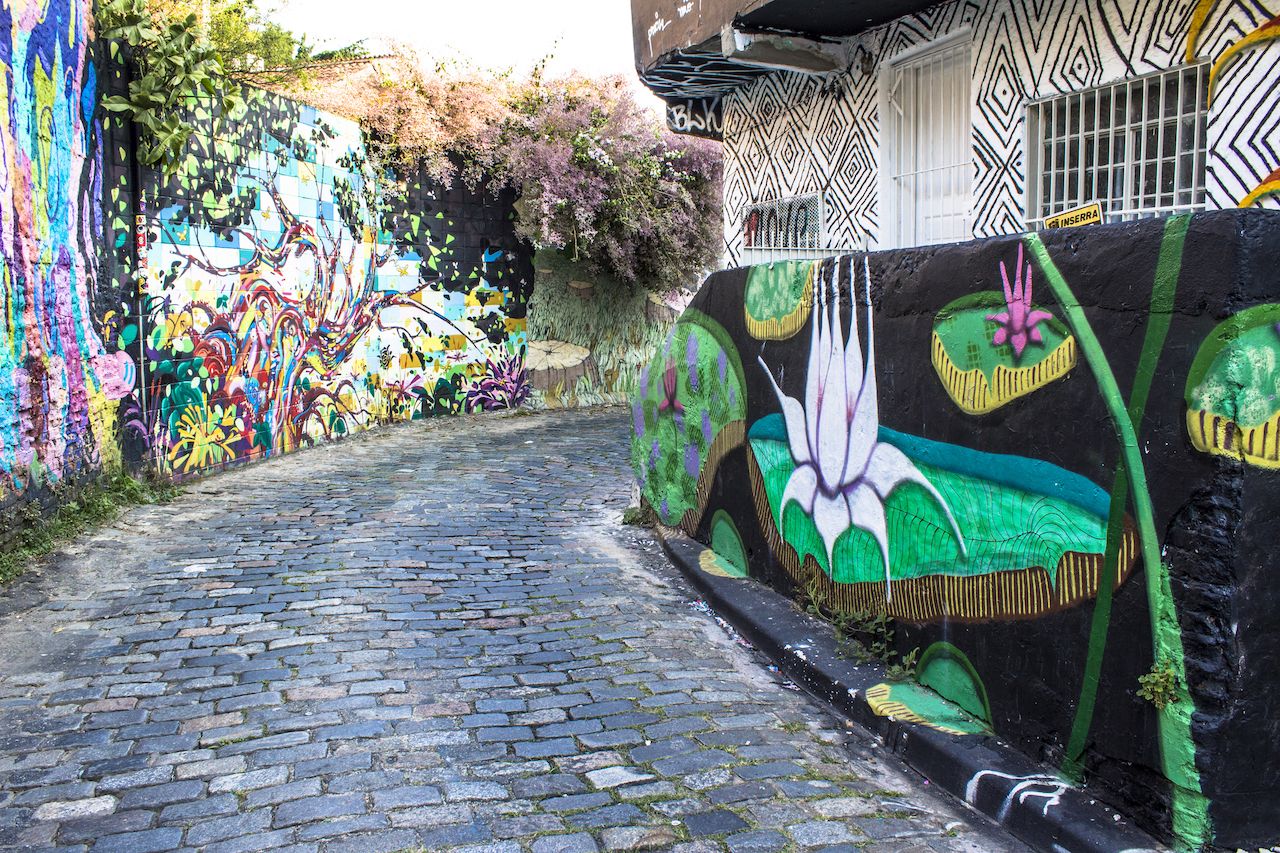 Vila Madalena — Vila Madalena is the bohemian heart of the city, with colourful street art, boutiques tucked away in little side streets, and cool cafés and bars. Popular with the twenty-somethings of São Paulo, Vila Madalena is the place to check out if you’re looking for the perfect brunch spot or a hip place to hang out on the weekend. The neighborhood also has a growing hotel scene for those who want to stay in a trendy and lively spot. The area has its own metro station on the green line to keep you connected to the rest of the city, but the neighborhood itself is hilly, so get ready to work those hamstrings. Given the touristy nature of this area, prices can be slightly higher than in some other neighborhoods, but locals still come here every evening after work, proving its popularity amongst tourists and locals alike. 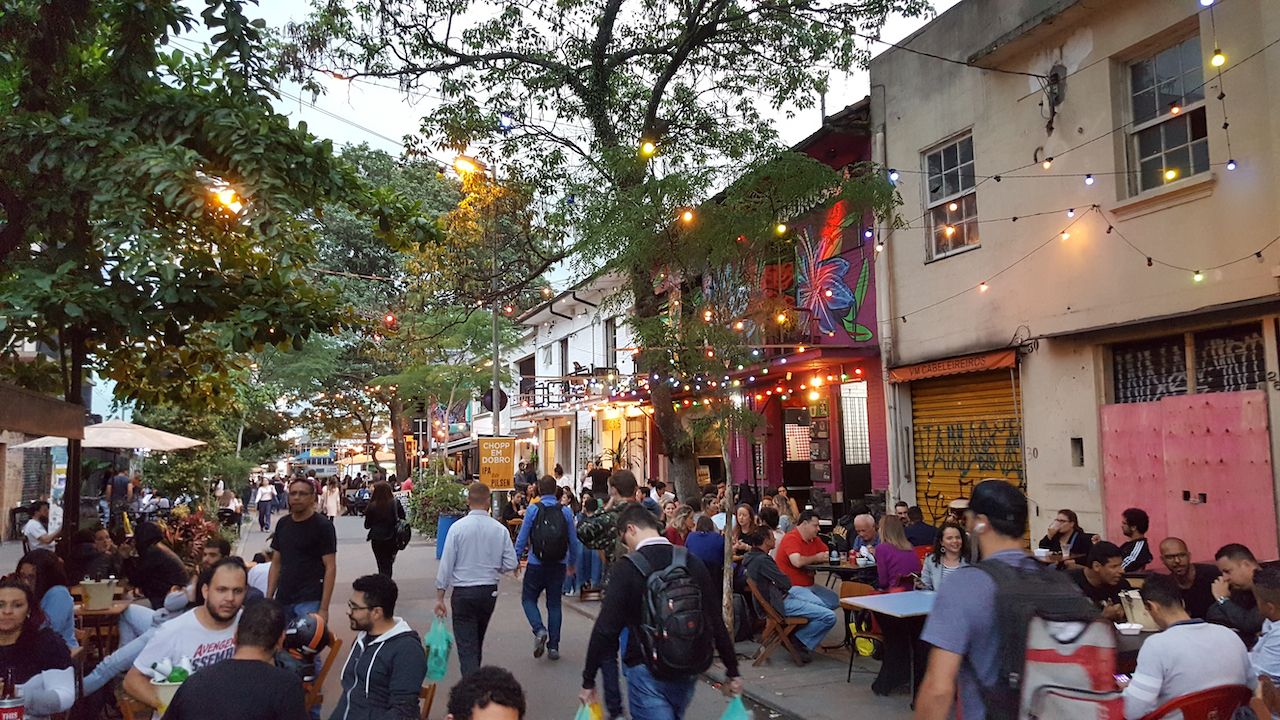 Pinheiros — Pinheiros is the most-loved neighborhood of São Paulo. It’s a great area for tasty food and a vibrant nightlife, and it’s much cheaper than Vila Madalena. Largo da Batata, the area around the Faria Lima metro station, is particularly popular with people wanting to go for a few casual drinks, and Rua dos Pinheiros is the city’s food hub. Pinheiros is home to Parque Villa-Lobos, a large urban park loved by fitness enthusiasts, and Praça Pôr do Sol, a small green space dedicated to watching the sunset. Both of these spaces are perfect to take a break from the city and relax. 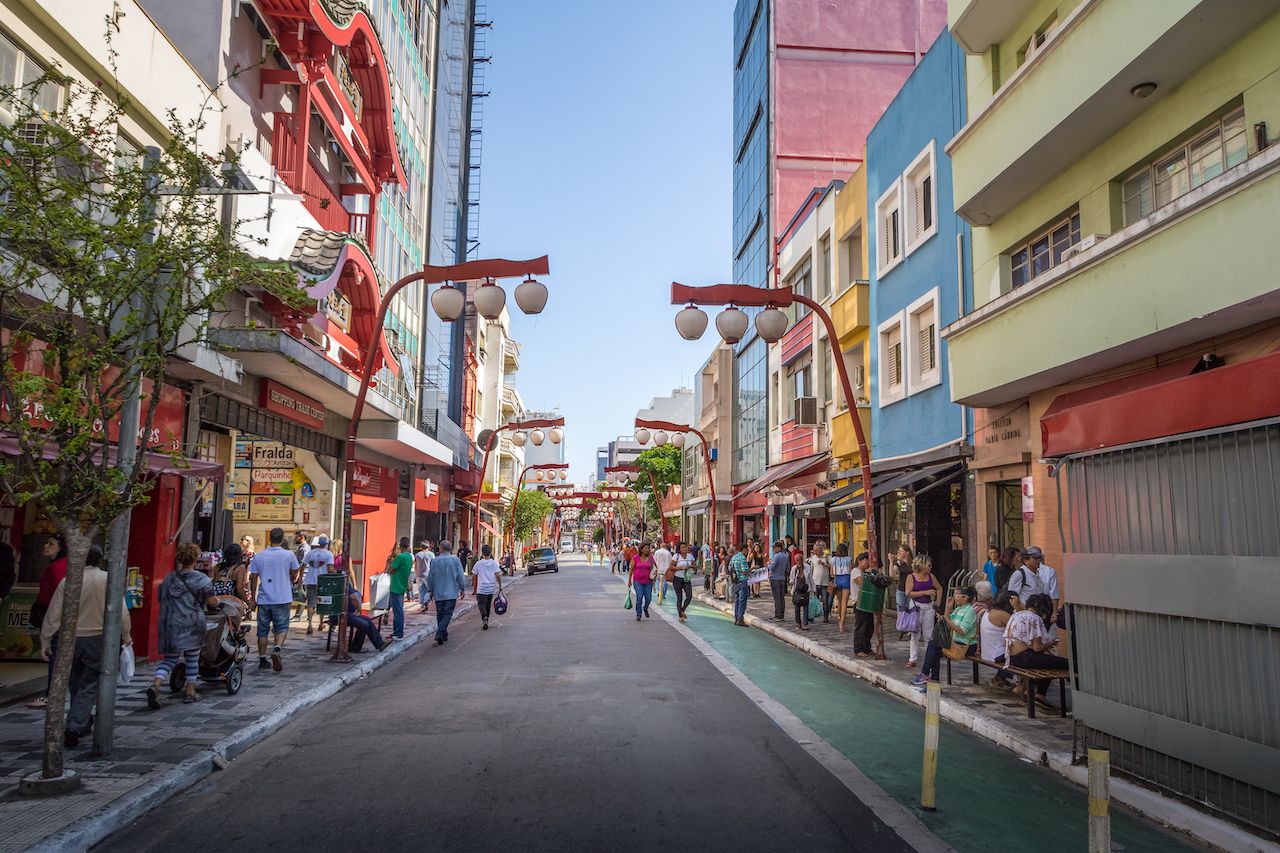 Liberdade — Brazil has the largest community of Japanese descendants outside of Japan, and Liberdade is the center of that community in São Paulo. Although parts of it look a bit run-down, the neighborhood is decorated to resemble an Asian city, with lanterns, typical Japanese archways, and street art depicting Japanese characters, and it’s a great place to spend a couple of hours. Weekends are the best time to visit — there is a market by the metro station on Saturdays and Sundays where you can find everything from traditional Japanese food to little souvenirs. There are many Japanese restaurants, and the quality is often exceptional, even in establishments that don’t look like much more than holes in the wall, such as Espetaria Tia Tia, an excellent sushi spot. During the daytime, the area is perfectly safe although it is advisable to keep an eye on your belongings, but at night it can become sketchy, so stay away from this area after dark. 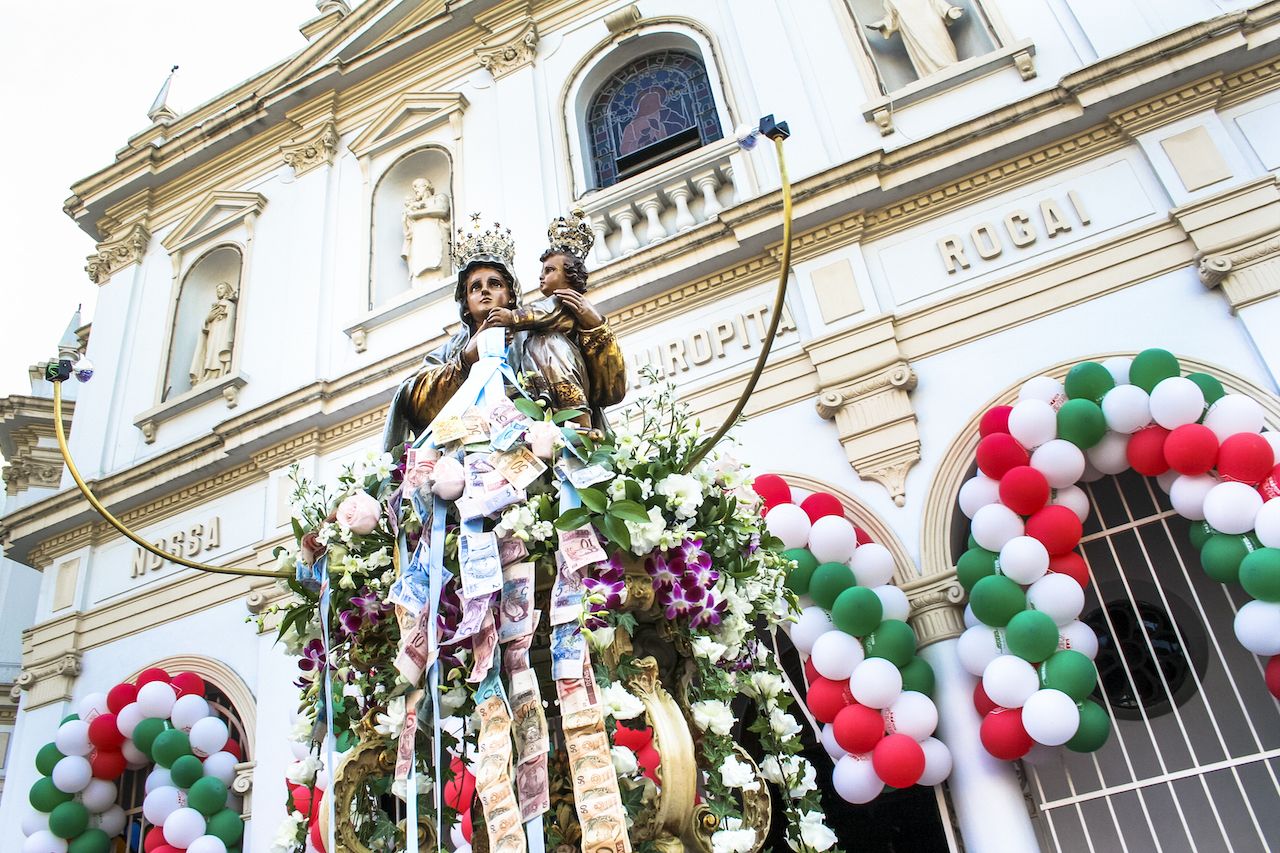 Bixiga — Bixiga was founded by Italian immigrants in the late 19th century and has retained a lot of its old Italian charm. Unsurprisingly, many of the city’s best pizzerias, such as Speranza Pizzaria, are located in this neighborhood. Every weekend in August, Bixiga holds the Feast of Our Lady Achiropita, during which stands are set up along the streets offering traditional Italian foods in honor of the neighborhood’s patron saint. The area is a great place to spend a couple of hours, and the low buildings can be a relief from the skyscrapers so common in the rest of the city. Although considered a safe place to wander the streets in daylight, it may be wise to take an Uber if visiting after dark.

Baixo Augusta — A small district near Avenida Paulista, Baixo Augusta has the most dynamic night scene in the whole city. From food trucks to nightclubs to restaurants, everything you could possibly want during a night out can be found here. Baixo Augusta truly caters to all tastes as it offers everything from street food to LGBTQ+ clubs to high-end restaurants, with people from all walks of life joining together to enjoy a drink in this hip spot. It’s not uncommon to see people flooding the streets outside the bars, restaurants, and clubs in the neighborhood, but despite the seemingly chaotic nature of the area, it is safe. 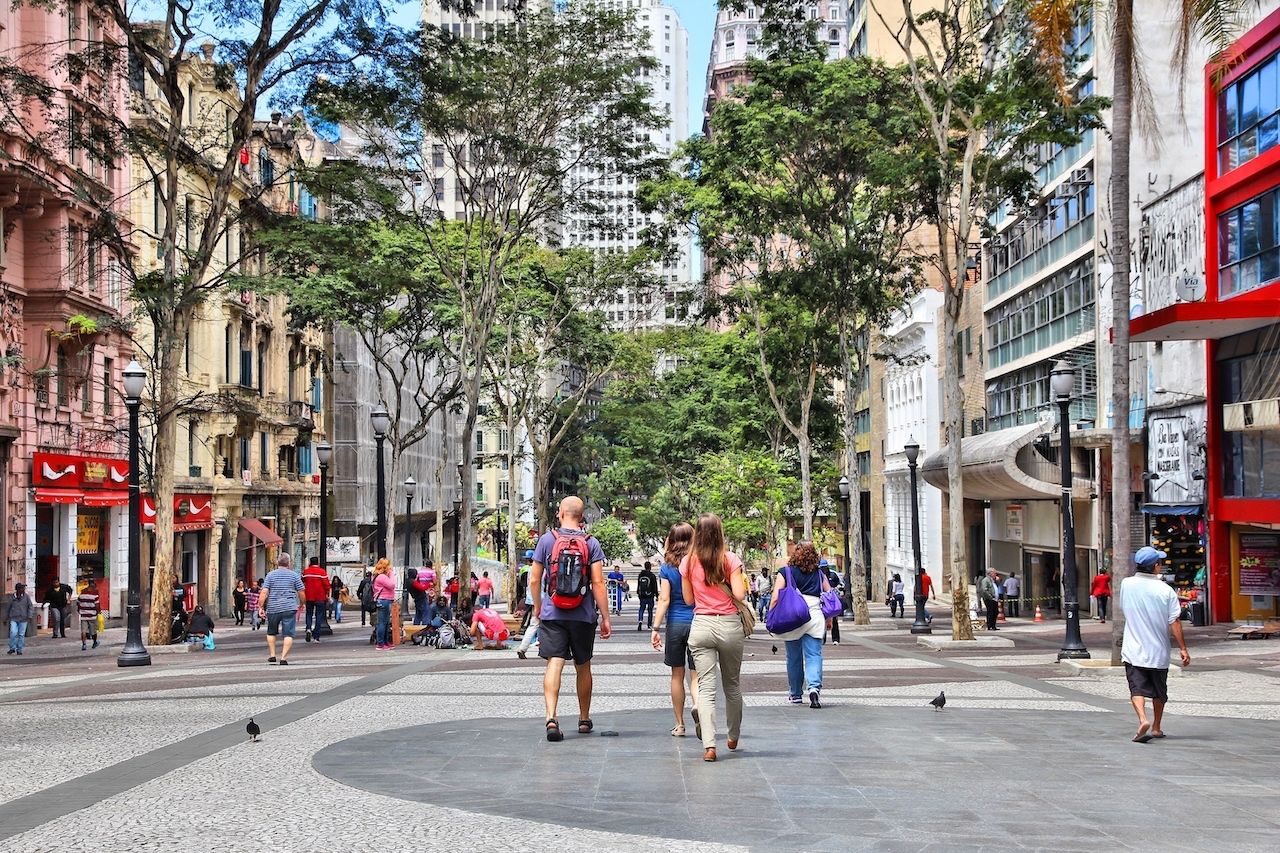 Centro — The old center of São Paulo is a lovely place to explore at a slow pace to admire the beautiful 19th-century architecture. Catedral da Sé, which was inspired by the architecture of medieval European churches, is one of the largest churches in Latin America. You will also come across other key landmarks such as the Municipal Theatre, a beautiful theatre which is historically important in the city, having hosted the Week of Modern Art in 1922, an event that revolutionized art in Brazil, and the Galeria do Rock, a shopping centre popular with music lovers. Don’t miss the market at Praça da República on the weekend — it’s worth spending a couple of hours there. The area is safe during the day, particularly on market days as police presence is heavy for this event. 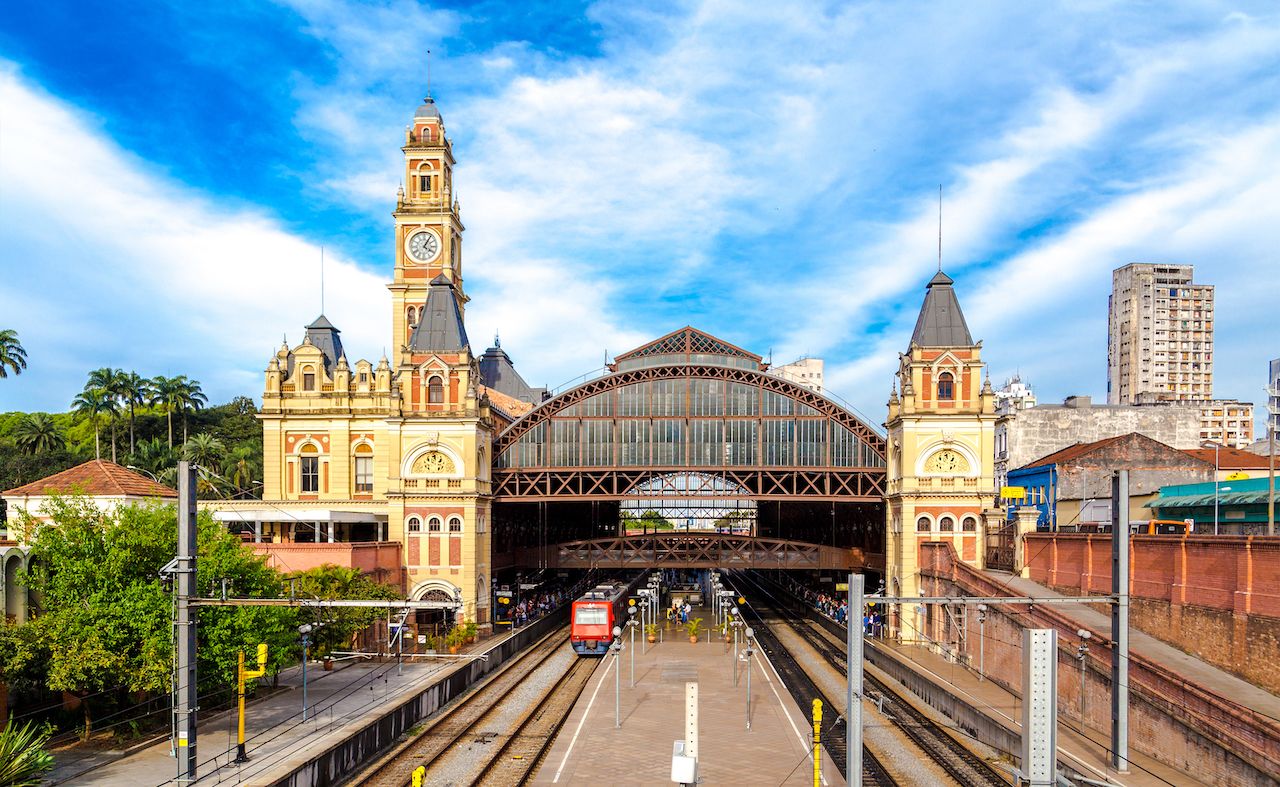 Luz — In the 1950s, this part of the city was immensely popular with wealthy Paulistanos. Today, the neighborhood has lost some of its luster, but it still has some very cool spots to check out. There is some incredible old architecture to be seen here and a number of fantastic museums, including the Pinacoteca do Estado de São Paulo, which focuses on Brazilian art, and the Portuguese Language Museum, both of which are near the gorgeous Luz station. Make sure to visit the Mercado Municipal, famous for its enormous range of fruits and its mortadella sandwich — a Paulistano classic. The area is perfectly safe during the day.

Jardins — Jardins is the home of the wealthy Paulistanos as proven by the many luxurious stores and fine-dining restaurants in the neighborhood. On Rua Oscar Freire, you will find both local and international designer stores, such as Tommy Hilfiger and Arezzo, making it one of the go-to streets for those with a bit more cash to splash. It is worth looking into staying in Jardins as the neighborhood is very safe, but be aware that it’ll cost you more. It’s an especially good neighborhood to stay in if you are in the city on business, due to its close proximity to the city’s business centers. 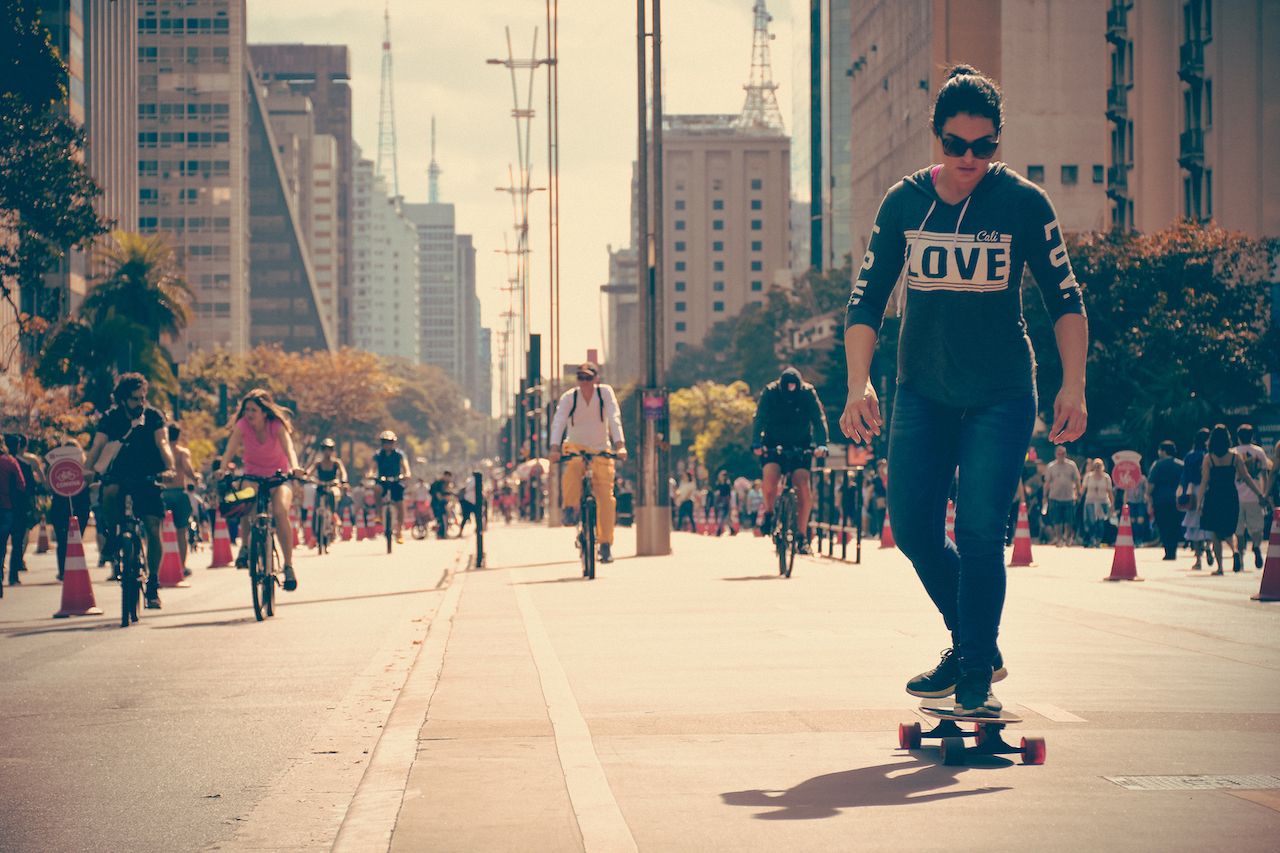 Paulista — While Paulista is at the heart of business activity in São Paulo, it is also a key cultural spot. Among all the high-rises, you’ll find the Museu de Arte de São Paulo (MASP), which showcases work by artists from around the world. Every Sunday, Avenida Paulista is closed off to cars and opened up to pedestrians, cyclists, and skateboarders. Live music acts line the pavements alongside market stalls, food stands, and dance performances. Parque Trianon, a small park full of plants from the Mata Atlântica rainforest, makes for the perfect place for a brief respite from a busy day at work.