SPENDING IS CLEARLY the answer. Open your wallet, grab your checkbook, whip out the credit card(s), and start buying.

This is a feel-good gift; 100% of the proceeds go to the Food Bank for New York City. And what do you get? A one-hour skydiving crash course with Anthony Bourdain, a skydiving trip on a date of your choice, transportation to and from the jump site, and dinner with Bourdain afterward.

Perhaps the only disappointment here is that dinner is just burgers and beers. One would hope for sheep brains or something.

Bauman Rare Books is offering a very rare second edition of Richard Eden’s translation of d’Anghiera’s compilation of voyages in the West and East Indies, which was the third book in English that described America.

We’re talking about a book that describes, firsthand, the first contacts between Europeans and Native Americans. A book with a discourse on the northwest passage.

Maybe you’re not into other books. Maybe you want your own. But ugh, all that…writing.

For seventy-five grand, you can get a ghostwriter to do all the work for you. Venture Press will provide a professional to talk out your idea, brainstorm, write it, edit it, and get it through the publication process until you’re holding your book in your actual or virtual hands.

Leave it to Neiman Marcus to make yurts not only luxury, but kind of ridiculous. The design and decor on the interior of their “Dream Folly” is inspired by the 60s sitcom “I Dream of Jeannie.” Yup, you can yurt it up in Barbara Eden’s bottle.

Down-filled pillows with artisan emroidery, a handcrafted crystal chandelier, and your choice of color scheme. Just as the ancient Mongols intended.

(To their credit, Neiman will donate $5,000 to The Breast Cancer Research Foundation for each yurt purchased.) 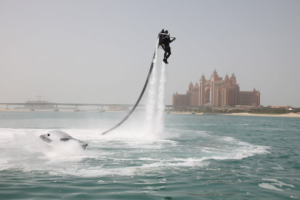 Photo by The Gadget Site

Designed to make you either look like Iron Man or a dolphin having seizures, the JetLev Flyer uses a supply hose and 4-stroke engine that allows you to “fly” over thirty feet above the water.

Sound dangerous? The tethered hose keeps you from gaining too much altitude, and the digital controls are simple (forward, neutral, reverse). It’s possible you won’t mess yourself up too bad.

During your eight minutes, you’ll experience weightlessness, and you and the other five passengers are free to float about the cabin. Each seat is a window seat (because man, would it suck to be in the aisle on this flight!), with windows both next to the seat and overhead.

(Don’t forget to check our packing list before you go!)

7. The world’s most expensive iPhone 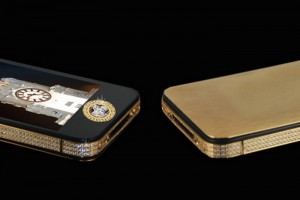 (Or you could get everything on this list so far several times over. Just saying.)

Designed by Stuart Hughes, the iPhone 4s Elite Gold features 500 individual diamonds, a back plate made from 24 ct. gold with a gold Apple logo and 53 diamonds, a chest made from solid platinum with polished pieces of original T-Rex bones (so not joking), opals, quartz, and so on.

But will it still drop calls when I’m in that one zone outside my favorite bookstore? Probably.

Let’s see, what kind of features would a three million dollar RV have… 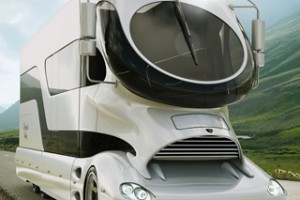 I’ll take it. Surprisingly, this thing can hit 93mph despite it’s 20-ton weight, and 13mpg isn’t near as bad as you’d think.

Canadian aviation company Bombadier announced the arrival of the Global 7000 and 8000 earlier this year. The two new models of business jets officially overtook the Gulfstream as the most expensive business jet on the market.

Mark this one down for Christmas 2016; that’s the earliest delivery date. 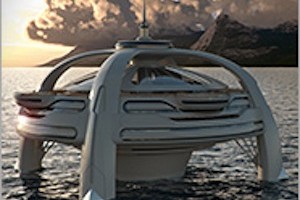 Why buy an existing island when you can just build your own?

This is the brainchild of Yacht Island Design and BMT Nigel Gee. Project Utopia measures 100m in length and breadth, includes eleven decks, garages for jet skis and boats, helicopter pads (that double as tennis courts), a retractable canopy, a gym, and an observatory deck on the lucky 13th floor. Your island will accommodate 70 crew and 16 guests, and has a max speed of 15 knots.

Oh, and a submarine that deploys from one of the submerged hulls. Happy holidays!