Are we, as our own love doyenne Carrie Bradshaw once posited, living in the “Age of Un-Innocence”? Did romance die somewhere between the 20th and 21st Century? 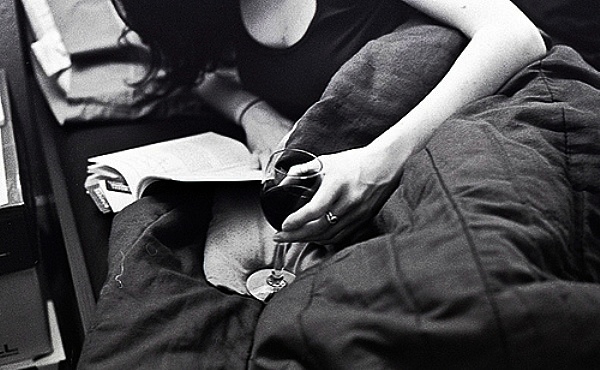 Romeo and Juliet have long since jumped ship. Jane and Rochester are distant memories. And Mimi and Rodolfo have certainly had their last swing.

Moreover, in a reality and hyper-reality-saturated world, our tastes towards the romantic have demonstrably dwindled.

Currently on the New York Times Bestseller list are such passionate tomes as Ann Coulter’s Guilty: Liberal “Victims” and their Assault on America (swoon), Artie Lange’s Too Fat to Fish (oh, yes, baby), and Denis Leary’s Why We Suck (give it to me, daddy-o!).

But, like true love, hope is not lost. The following ten books are examples of romance’s resurrection between the mid-50s and today.

Whether you have a significant other or just other significants, you’ll find one tome to get you through the airport delays, daily commute, or a quiet night at home.

Like any good biography, Kiss & Tell indexes its subject to the hilt, with both the obvious (“childhood,” “birth”) and the unexpected (“half-losing virginity,”inviting biographer home”).

It’s also worth mentioning that the book’s subject—Londoner Isabel Rogers—is a complete work of fiction. As is the entire book.

De Botton’s narrator takes on the task of writing a biography about the next person he meets after being dumped by a girlfriend for his inability to empathize.

When that next person turns into a love interest, this intellectual take on love gets pretty damn juicy.

Throw together four expats in the City of Light and, love—or at least lust—is bound to ensue.

Dyer’s Gen-X homage to Fitzgerald’s Tender is the Night is at once striking and cynical.

It dances the line between lush descriptions (check out his take on the Paris Mosque or the 29 bus line) and stark recaps (his characters’ sex lives are a far cry from what Danielle Steele would imagine).

And sometimes he leaves you completely speechless with a paragraph that’s unexpectedly remarkable.

Think you have the gist of true love thanks to the Cary Elwes/Robin Wright Penn flick? Think again.

Long before Mandy Patinkin was avenging his father, William Goldman’s novel was doing as readers wished.

The movie is faithful to the book, but there’s more to unearth in the 500-odd pages besides old favorites.

For those who find happily ever after to be too saccharine, Goldman’s classic will be a bit more conceivable.

Move over, music, there’s a new food of love in Vapnyar’s latest book.

While the five short stories may seem too little, there’s a progression of courses in this collection that makes Broccoli and Other Tales a solid pick for those looking for something shorter than a novel.

Like any good Russian writer, Vapnyar balances humor and despair to make a well-balanced dish.

And like any good foodie, she doesn’t skimp on recipes.

Living up to her name, Crane is decidedly capricious in her debut novel, alternating point of views between the two main characters—Heaven and Brady—who go classic screwball style from hating each other to…yeah, you guessed it.

Predictable though it may be, it’s also fresh and light—a great way to revel in the lives of others without having to emotionally over-invest.

With Subterraneans, Jack Kerouac wrote one of the best closing lines in a book ever.

Travelers may remember Kerouac for his ultimate work of wanderlust, On the Road.

Here, he holds that same bohemian spirit and introduces a love story between Leo and Mardou.

The story of their breakup—famously written over the course of three days and three nights—is set against the backdrop of the San Francisco underground and told with the jazzy improv that helped to define the Beat generation.

Nearly 600 pages are devoted to Thompson’s first childhood love, speaking to the power that those coming of age clichés hold over us decades later.

Past the love story is a stunning work of artistry that makes Blankets ideal for long-time graphic novel lovers and comic virgins.

If you’ve already mastered Thompson’s opus, check out his (comparably smaller) Carnet de Voyage to see his take on travel.

Set in Franco-ruled Spain, there is as much familial love as there is romantic love between the main character, his father, and his best friend’s sister.

And if you’re looking to go light on the lust this year, you’ll be taken in by the mystery of a book, its author, and the people who want to destroy the two.

The trip through 1950s Barcelona doesn’t hurt, either.

We all just want to be loved.

A rhapsody of sex addiction, the holy foreskin, and asphyxiation in exchange for affection, Chucky P.’s breakthrough novel wipes the floor with its recent film adaptation.

And if the thought of another traditional Valentine’s Day makes you gag, you’re probably better off with Victor Mancini.

Way beyond bodice-ripper, Nabokov’s succès de scandale is as much an intoxicating ode to language and the power of words as it is an ode to the preteen title character.

And whether or not you’ve seen Adrian Lyne’s film adaptation, we dare you to try reading this without hearing Jeremy Irons’ voice in the narrator of Humbert Humbert.

21 drinking games you can play in any bar
Why does ‘yellow filter’ keep popping up in American movies?
The 50 greatest campfire songs of all time
Royal Caribbean is looking for volunteers for ‘simulated cruises’
12 places around the world that go all out with holiday lights

Why you should be eating more zesty, spicy, delicious Indonesian food

How to build the most delicious cheese plate for fall

The science behind how to make fall soups taste so much better, according to Nik Sharma