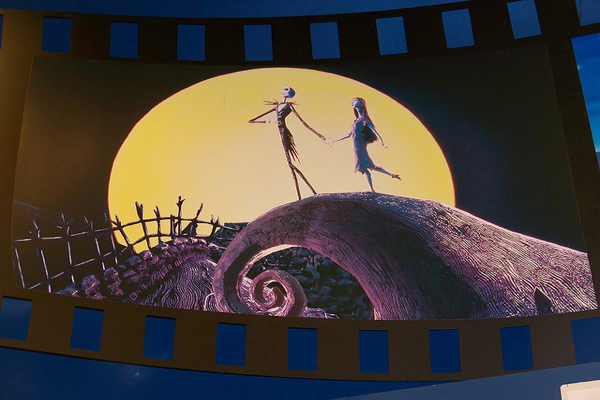 THERE IS SNOW on the streets today, and chocolate shops near my house are decorated with sleigh bells, assorted chocolate snowmen and reindeer. Friends here in England are celebrating with glasses of mulled wine and mince pies. Every Christmas tree is lit up and decorated, and I can’t wait for Christmas Day.

Last year, this time around, I did a roundup of my favorite pieces of fiction. This year, I’d like to tell you about the five films that always remind me of Christmas and set the mood for the season.

This is probably the first Christmas film I ever watched. It helped that I was the same age as Macaulay Culkin when I first saw it and I remember my parents enjoying it immensely as well.

Directed by Chris Columbus, Home Alone 2 is the second film in the four part Home Alone series. It traces the adventures of the protagonist Kevin Mcallister, who is disheartened when his family plans a vacation to Miami. Kevin decides to plan his own holiday and embarks on an adventure that lands him in New York. The film is especially appealing, seen as it is through the lens of a nine year old boy.

Home Alone 2 is undoubtedly a film to watch with your entire family.

Love Actually continuously appears in the list of great Christmas movies of all time and there’s a reason for it. A star-studded and mostly British ensemble cast with nuanced subplots, Love actually tells many stories within a single story and leaves audiences convinced of the power of love.

Directed by Richard Curtis who first became well-known for Four Weddings and a Funeral (starring Hugh Grant), Love Actually is witty and sharp, without being bitter.

The Nightmare Before Christmas (1993)

Jack Skellington, a resident of Halloween town and a skeleton himself, is tired of the spookiness that is Halloween. For him, Halloween has become a chore and even though he is “pumpkin king,” the title leaves him dissatisfied.
Jack decides that he will be the next Santa Claus, but unfortunately his gifts are rather unusual and ends up scaring the children who receive them.

An animated musical, The Nightmare Before Christmas can be intensely spooky in parts but is exciting to watch as the plot unfurls. What I really liked about the film was the subversion of Santa Claus and how Skellington’s usurpation of Santa’s domain an important message from the film- never try to be someone you are not.

Iris and Amanda, although they live in two different countries and have apparently different lives, have one thing in common — both find themselves suddenly heartbroken during the Christmas season. Thinking that a change of place will help them, both Amanda and Iris look for vacation rentals online and swap homes.

The Holiday is a heartwarming comedy where two women discover themselves and each other while falling in love with really gorgeous men and making new and unexpected friends.

A baby unexpectedly finds himself inside Santa’s sack and Santa carries him back to the North Pole. The baby, brought up by an elf, seems to be exceptionally awkward and not a natural as far as at elf-like endeavours are concerned.

Elf is the story of an elf trying to make his way back into the human world, trying to forge a relationship with his biological father while also negotiating a romantic one.

Super funny, Elf is definitely up there on the Christmas must-watch list.

10 horror movie locations you can visit in real life

6 epic video games that will stoke your wanderlust