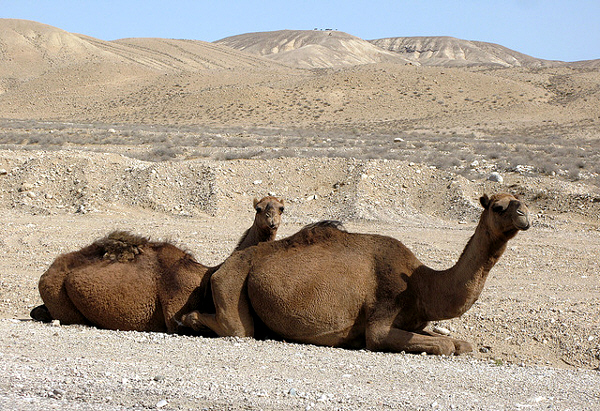 Photo of Camels in Turkmenistan by flydime

Central Asia has long remained mysterious to many people who view the region with half-lidded exoticism; embedded halfway between the Russo-British geopolitical tug-of-war and the imaginations of Kipling and Omar Khayyam.

However, the collapse of the Soviet Union has generated new-found interest and tourist routes, and publications on the “Wild East” are exponentially increasing—with travelogues, biographies, memoirs, and historiographies.

Here are some of the more fascinating pieces:

“The Great Game: The Struggle for Empire in Central Asia” by Peter Hopkirk (1992)

Peter Hopkirk is known in scholarly realms as the “laureate of the Great Game,” referring to his numerous books on the strategic conflict between Tsarist Russia and Victorian England for supremacy over Central Asia, for which India was the ultimate prize.

In his most accumulative work, he explains the evolution of the rivalry that resulted in the Anglo-Afghan wars and Russia’s conquest of the Turkic khanates.

Told through the political movements of chieftains, generals, diplomats, and spies, he paints a sensational picture of historical events, weaving in political stratagems of the courts with espionage on the streets of Khiva and Kabul.

For more intriguing reads, delve into Hopkirk’s other works, including Setting the East Ablaze: Lenin’s Dream of an Empire in Asia (1995) and Trespassers on the Roof of the World: The Secret Exploration of Tibet (1995).

“Tournament of Shadows: The Great Game and the Race for Empire in Asia” by Karl E. Meyer and Shareen Blair Brysac (2006)

Meyer and Brysac’s narrative of the Great Game includes the journeys of early Western explorers, spies, soldiers, cartographers and archaeologists who sought various missions in the elusive steppes and mountains of Turkestan, Afghanistan and Tibet.

Each chapter is a portrait drawn from an extensive cast of characters, from William Moorcroft, the ill-fated horse trader, to Ernst Schafer, head of a German expedition to unearth the lost Aryan homeland, to the discoverer of the Mogao Caves near Dunhuang, Sir Aurel Stein.

These well-researched biographical bits are set against the geopolitical backdrop of the Great Game, when European imperialists struggled to bury their claws into the inaccessible realm of Central Asia, often under the pretense of mercantile or exploratory ventures.

Colonel Bailey’s memoirs recount his remarkable life as a British spy in Tashkent, the capital of modern Uzbekistan, while he stationed there in the immediate aftermath of World War One.

Forced to flee the treacherous Bolshevik Cheka police, he had the bold audacity to join their ranks under a false name. His tale twists when he is ordered to arrest himself.

This is the gripping narrative of intelligence work in the midst of the pandemonium that was rampant in Central Asia following Lenin’s rise to power.

For more Western autobiographies, seek out Robert Byron’s The Road to Oxiana (OUP, 2007) and Sven Hedin’s My Life as an Explorer (National Geographic, 2003).

Tom Reiss has spent the past few decades researching this biography of Lev Nussimbaum, an Azerbaijani-raised Jew whose life is enveloped in fabrications and tall tales.

Reiss’ investigation takes him all over the Caucasus and Europe, delving into journals and interviewing old Azeris and Germans to uncover the truth about the elusive Nussimbaum.

As detailed in his fiction and personal accounts, Lev manipulated the chaos of the crumbling Russian empire to reinvent himself, converting to Islam and posing as a Muslim prince in pre-Nazi Germany.

Under the pseudonyms of Essad Bey and Kurban Said, he published more than a dozen books, and became engaged to a wealthy German heiress.

Reiss combines established historical fact with plausible sentimental scenarios, adding his own educated conjunctures to refashion a picture of the ever-toggling face of Nussimbaum.

Colin Thubron, a well-known traveler in Asia and the Middle East, has published a canon of travel epics over the course of his life. In his latest piece, Shadow of the Silk Road, he hitchhikes and camps his way from Xian to Antioch.

His journey, lacking a camera, is poetic in description, with an incredible wealth of detail woven with historical tidbits and his own offbeat anecdotes.

This chronicle is an elegy to the Silk Road, uncovering the ruins of the once-powerful route centuries after its peak, as he encounters suspicious dentists, severe border patrols, Buddhist shrines, and congested trains and buses.

For more modern travelogues, check out Rory Stewart’s The Places in Between (Harvest Books, 2006).

What did you think of this article?
Meh
Good
Awesome
Bookmark
Posted In
Books
Destinations
Russia

In St. Petersburg, a chef is embracing Soviet cuisine and taking it to new, delicious levels