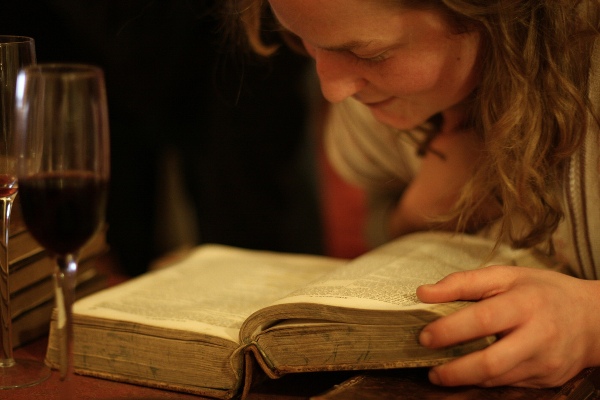 The air is getting chilly and the rainy season has begun. My typical urge to fly south for the winter has kicked in. Unfortunately, travel is not an option for me at the moment, so I will hibernate instead.

To me, this means curling up with a hot beverage and a travel memoir so I can live vicariously through someone else’s adventures. I’m partial to travel memoirs written by women, rather than men, because I can usually relate to both their inner and outward journeys more.

I have found a few good options beyond the ubiquitous Eat, Pray, Love. Here are some suggestions:

Tales of a Female Nomad: Living at Large in the World by Rita Golden Gelman

During an impending divorce, Rita Golden Gelman makes her first solo journey to Mexico. This trip transforms her. After her divorce is final, she decides to give up everything to become a global nomad and does not settle for observing cultures from a distance.

She finds a way to become a member of each community she visits as she travels from palaces to jungles and everywhere in between.

She shows us that as long as one’s spirit remains young and open, there is no age limit for adventure. Gelman allows us to see deep inside her evolution from a timid traveler to a confident adventurer ready to take on the world.

This is a great read for anyone needing the inspiration and courage to travel independently.

Adventure Divas: Searching the Globe for Women Who Are Changing the World by Holly Morris

In this memoir, Holly Morris recounts her story of the creation of the Adventure Divas documentary series. The Adventure Divas project highlights powerful and unconventional women around the world who are doing amazing things for their communities.

Parallel to the inspirational stories of the women interviewed in this book is the author’s own journey. Morris reveals the intimate details of the struggles and triumphs she encounters while striving to achieve her goal.

On the first Adventure Divas trip, Morris and her crew illegally venture into Cuba where she interviews female rappers, a Santeria priestess and the American activist in exile, Assata Shakur. From there, she travels to India, New Zealand, and Iran.

Most of the women interviewed are people you’ve probably never heard of, but they are all positively impacting small areas in major ways. This book will inspire you to travel and make beneficial changes in the world.

After Sarah MacDonald first traveled to India in her early 20s, she vowed to never return again. Several years later, her boyfriend takes a job in India and she apprehensively decides to join him. Upon her return, she still finds India to be a challenge.

But this time, rather than letting the country exasperate her, she fully takes on the challenges India presents. She travels around the country to learn about its unique culture and experience its diverse array of religions.

She dabbles in both major and obscure faiths with a self-deprecating sense of humor and an open mind. This is a hilarious and insightful account of the two years she spent in India and how she finally learns to accept the country as it is.

Stalking the Wild Dik-Dik: One Woman’s Solo Misadventures Across Africa by Marie Javins

Marie Javins goes boldly where few travelers have gone before. In this memoir, she writes about her journey from South Africa to Egypt which was part of a year-long challenge to travel across North America, Europe, Asia, Australia, and Africa without using airplanes.

On her trip, she was particularly captivated by Africa. As she treks through remote villages, wilderness, and buzzing cities, she strives to share all of what she sees, not just the typical images of war, disease and wild animals.

While this memoir was not the most poetic read, the author still managed to draw me in with unique tales of her exciting off the beaten path adventures.

Kite Strings of the Southern Cross: A Woman’s Travel Odyssey by Laurie Gough

This is a wonderfully descriptive and passionate account of traveling in the South Pacific and South East Asia. Like Gelman, Gough is not content to be a spectator. She spends time living, working, and immersing herself in the cultures of the countries she visits.

She maintains a strong sense of self while exploring different ideas and ways of thinking. Gough is a travel writer who writes for travelers. Her words beautifully express what continuously draws relentless journeyers to the open road.

Reading this memoir is a fantastic way to fill the space between your travels. Not only does Gough make you feel as though you’re alongside her on her adventures, she lets you know that your infatuation with travel is well understood.

What are your favorite travel memoirs written by women? Please share them below.