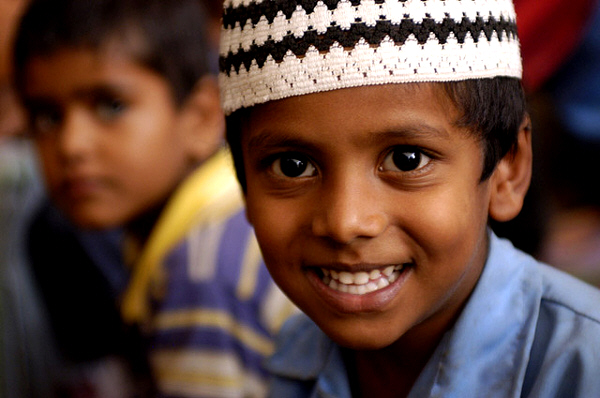 The following is a list of beloved titles floating through India, from one traveler to the next: all are worth the schlep.

You know the drill. Roll into a new town and scour the local guesthouse, backpacker friendly restaurant, or used bookstore for a new read. If you’re lucky, they’ll trade you one of theirs for two of yours, and if you’re REALLY lucky, you might even get a one-for-one exchange rate.

Anyway you procure it, books about India are an integral part of the backpacker experience in India.

Based on the author’s real life and fatter than a copy of Moby Dick, Shantaram is the odyssey of an Australian bank robber and heroin addict who escapes maximum security prison to hide out and eventually open a free health clinic in Mumbai’s slums.

An unfaltering look amidst India’s expat, slum and criminal underbellies, Shantaram is a moving narrative of the search for redemption within the brutal margins of society.

A recommended read for both the patient enlightenment seeker, the skilled meat and potatoes skim reader, and anyone who has ever dreamed about disappearing into a strange new land.

A delirious ride through the maniacal, darkly comic and staggeringly insightful mind of its protagonist, The White Tiger is a rags-to-riches tale, India style.

Never, ever idyllic, Adiga tears open the grit, corruption and contradiction of modern India while developing an unforgettable protagonist worthy of Nabokovs.

This one will tickle anyone who picks it up, and is especially valuable for the romantics who just can’t shake the belief in India as a country solely populated by do-no-harm, spiritually glowing mystics.

A rare glimpse into Christian life in South India’s Kerala, The God of Small Things offers a painful and stunning look into the unraveling of life. The story is revealed piecemeal, centering around two children, a pair of fraternal twins, and a series of events from which there is no turning back.

The quiet desperation of The God of Small Things is a literary victory, and its echoes of colonialism, political unrest and social dynamics make it distinctly South Indian. Especially recommended for readers with a love for lyrical writing inhabiting the space between novel and poetry.

One of the most successful novels by an Indian author of all time, Midnight’s Children is classic Rushdie: exuberant, magical, unabashedly mischievous and all encompassing.

The novel is a gallivanting journey of prose to India’s multifaceted heart through the story of a man born at the exact moment of India’s modern birth as a nation.

Essential for English majors, India lovers and anyone working their way down the top 100 Books of the Century list.

A literary classic in its own right, A Passage to India wrestles the historic tensions of India under British colonial rule.

Ethnicity, culture, friendship and nationalism are examined through the trial and aftermath of an Indian physician accused of assault by a white British woman.

A Passage to India is a solid choice for folks hoping to impress fellow travelers with their discerning tastes, as well as for anyone hoping to understand India and its modern historical context.

An examination of Mumbai from numerous angles, it is both daring and intimate. If nothing else, check out the disquieting last segment on a wealthy Jain family who renounces all worldly possessions to wander as ascetics.

Aspiring journalists, expats, and lovers of all things related to megalopolises will love this one.

Check out Matador Network’s Focus Page on India for more articles, book reviews, and tips about traveling around and experiencing the country.

Tagged
Books India
What did you think of this story?
Meh
Good
Awesome

21 drinking games you can play in any bar Why does ‘yellow filter’ keep popping up in American movies? Canadian Mounted Police fined seven US visitors $1,200 for hiking in Banff These destinations are opening to US tourists this summer The best rivers in America for tubing and drinking