View all travel news
Top Destinations
Top CitiesView All Destinations
Trending Regions
Trending Cities
Load More
There are plenty of travel books dedicated to obscure historical quests, and many more that introduce the reader to quirky locales complete with a cast of characters in the fullest sense.

I don’t think I’ve come across any other book, though, that combines those two favorite themes as enjoyably as David Farley’s An Irreverent Curiosity: In Search of the Church’s Strangest Relic in Italy’s Oddest Town. 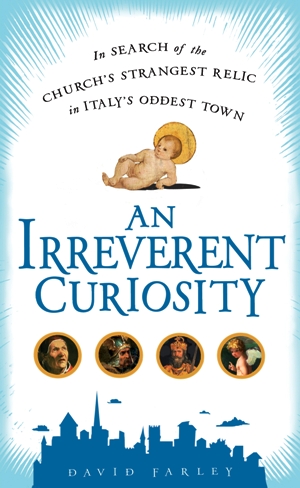 The book follows Farley, a New York City-based travel writer (and Matador member) as he journeys to an isolated Italian village with his wife, Jessie, and trusty chihuahua, Abraham Lincoln, for an extended stay.

The reason for the expatriation? Calcata, the village in question, is home to a bizarre Christian relic, the foreskin of Jesus Christ. Or rather, Calcata was the relic’s home – until it was stolen.

What follows is an entertaining, endearing and, yes, educational mix of history, conspiracy, humor, and personal travelogue.

There are two main threads running through “An Irreverent Curiosity”.

First, the story of the Holy Foreskin, how it came to be placed in and then stolen from Calcata’s church, and, more broadly, how the Catholic Church came to revere and then downplay a whole array of holy relics over the centuries.

And secondly, how Farley managed to settle in a small village, learn Italian, and gain the trust of the locals in order to pursue his quest.

That first thread could easily have become dry and academic, or oversimplified, but Farley is able to keep the sections on the history of relics approachable and entertaining without ever dumbing them down.

On the other side of things, Calcata’s odd assortment of characters – the hilltop medieval village was re-settled by artists and other “freaks” after a bureaucratic twist pushed all the original residents out – could easily have become cartoons, quirky foils for Farley’s story. Instead, the residents who pop up most frequently feel fleshed-out and real. 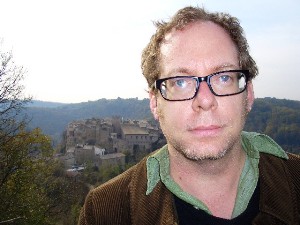 While it’s still clear that many locals are decidedly unusual, Farley’s humor and self-deprecation means that the reader never feels as though the Calcatans are being mocked or their hospitality abused.

I’ll be honest: I’m a bit of a church history geek. So I suppose it’s possible that not everyone will find the story of the relic itself as absorbing as I did.

Luckily, though, the various elements of the book are woven together so tightly it’s not likely that anyone will have time to get bored, no matter how disinterested they think they are in relics.

Before that happens, Farley will be off on another sneaky research trip to the Vatican Library (where he once introduced himself to a priest as Gary Coleman), or drinking dangerous quantities of wine in a Calcatan cave, or recalling his high school days in the “special ed” class.

Bottom line: “An Irreverent Curiosity” is the story of an unlikely holy relic, true, but it’s also the story of a very unlikely village, and of one man’s (very funny) obsession with both.

Go ahead, snicker and make an off-color joke if you will, but for my money there should be more travel books like the tale of the holy foreskin.

Be sure to check out Matador’s exclusive interview with David Farley about “An Irreverent Curiosity” at The Traveler’s Notebook.