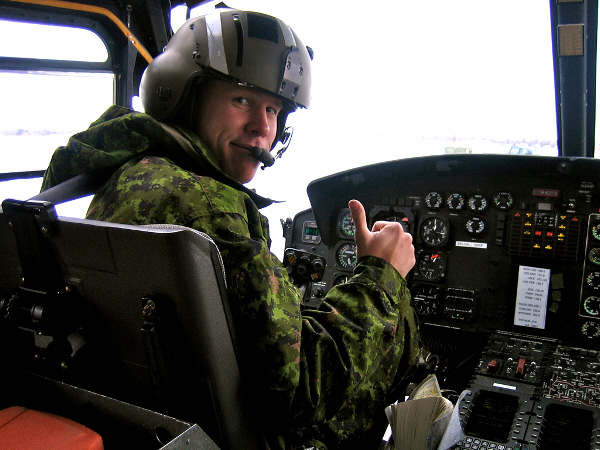 Sean working with the Air Force / Photos by Ian Mackenzie

I was slightly hesitant to review the book.

He is best friends with Ian Mackenzie (Editor at Brave New Traveler) and I’d met him in Vancouver and we’d celebrated Team Canada’s gold-medal win in men’s hockey together.

That would be… awkward.

No matter how many jobs I tried, cities I visited, people I met, or miles I traveled, the one thing I could never escape was myself.

Luckily for me, I did like it. I was a bit worried that it would be egotistical and just about Sean.

But it’s not. In fact, it’s as much about the people he meets on the way and the lessons they share as it is about him. The jobs he did ranged from dairy farmer to florist to bartender to cattail picker to mayor.

And just about everything else in between.

He wasn’t so much testing the occupations out to see if they suited him, but gleaning what he could from the different experiences and picking up valuable lessons from the mentors he had in each role. 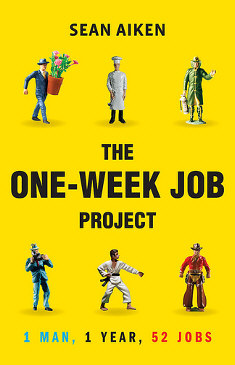 He learned to deal with adversity. For example, as a dairy farmer he had to deal with having cow dung all over his hands and occasionally splashed in his face.

“It’s like walking in the rain. We may initially struggle to avoid it…but if we can accept that getting soaked is unavoidable, then we allow ourselves to stop worrying and actually enjoy the experience.”

He began to realize the role he had in influencing others: “Every person who comes into our life, no matter how briefly, we have the ability to affect — through a kind word, a smile, a door held open.

Each one of these simple interactions leaves us altered in some way — whether it’s positive or negative change is up to us to decide.”

He had to deal with his doubts about the project and reaffirm for himself why he was doing what he was doing. As exotic and exciting as the whole prospect sounds, it’s obvious that the daily and weekly rigors were trying at times.

As he says in the book, “no matter how many jobs I tried, cities I visited, people I met, or miles I traveled, the one thing I could never escape was myself.”

And when Sean wasn’t learning profound life lessons, he was busy falling in love, reflecting on his friendships, and dealing with a family crisis. He weaves his personal life into his stories of the different job experiences seamlessly.

So not only do we get interesting glimpses into different industries, we get to know Sean, which adds depth and a personal touch to the book.

Be sure to read Carlo’s exclusive interview with Sean Aiken on Matador Life.

Why does ‘yellow filter’ keep popping up in American movies? 21 drinking games you can play in any bar Japan might pay for half of your next trip to jumpstart tourism 11 signs you were born and raised in California Sicily will pay for half of your flight to visit the island this year