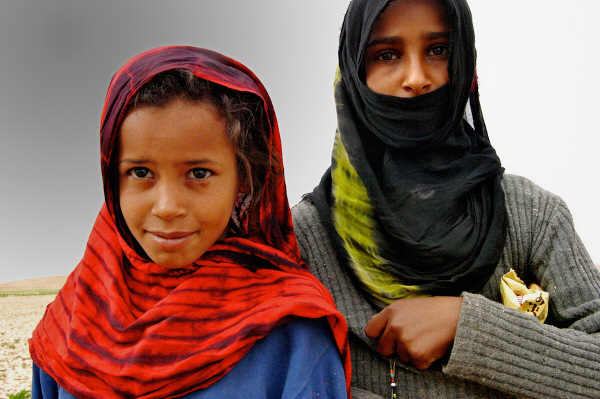 Photos of Morocco by Paul Sullivan.

Have you ever been at a crossroads in life, a point where you were actively looking for the next thing but weren’t sure what you were looking for?

That’s exactly where we find Erik Mirandette in his travelogue, The Only Road North. It’s not just an emotional travel tale, but but in fact a powerful, visceral book that took me on a journey on several levels. It was a book that immediately jumped out at me when I heard it, and when the publisher sent me a copy I was quite eager to dive in.

So Erik is a man on a mission: to find his mission. He’s lost his sense of self-identity, and he goes on a crusade of volunteering to find it. He ends up in Morocco, risking his personal safety to help a tribe of homeless Moroccans in Al Hoceima.

While you might find this storyline less than exciting, Erik has a way with words and this is just the opening act for this adventure. After being told he can never return to Morocco or risk being permanently banned from the country forever, Erik has to abandon the very thing that finally started to give his live some purpose and sense of direction.

Dropping back into his emotional void, Erik proposes a ridiculous move: to rent dirt bikes with his brother and a friend, and drive 9,000 miles along the east coast of Africa, from South Africa to Egypt.

It might sound silly, and perhaps it was, but what really is silly in the spirit of adventure. They were guaranteed an experience of a lifetime, and one they would never forget. Unsurprisingly, some of the post poignant parts of the journey were not things you could have even expected. 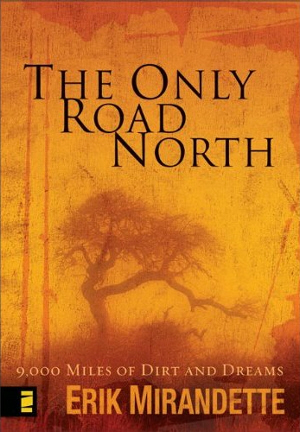 Their route was to take the boys across no less than 10 African countries – somewhere white men hadn’t ventured for at least a decade. There were countries rife with genocide and lawlessness, and countries split in the midst of civil war.

Not to say they were stupid, as these guys were more prepared than a pack of boy scouts, but unexpected mishaps weren’t just a possibility, they were to be expected.

Erik takes us along the journey through a series of well edited snapshots that really bring to life every stage of the route, from the bribing of the border guards to worries of being eaten at night by lions (yes, seriously).

The nice thing is that this book doesn’t just focus on the most interesting tales – yes there was some sightseeing here and there when possible – nor does it only focus on the worst of the worst. It also includes a fair balance all types of experiences, so when you put down this book, you really understand what their circumstances were like.

Sometimes, you see what’s coming and other times, it is unexpected. As Erik mentions:

I had seen poverty, people who live and die with nothing; last year’s work in Morocco accustomed me to such suffering. But in Burundi I saw something I had never seen before.

War was in your face all the time, everywhere you looked. The people here were poor, yes. They lived without what we consider bare survival essentials – but it was more than that.

Uncertainty loomed over their heads every day. War had come and gone and a person alive in this city had not lost someone.

Erik and his crew are fairly young, so one could imagine them taking a fairly cynical view of the events and happenings in more salubrious nations. But these guys are far wiser than they give themselves credit for – these are the kind of people who should be ambassadors and political representatives. People who listen first, act, and never judge.

And Then, The Ending 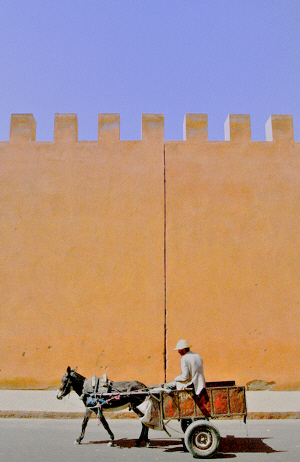 Normally, I hate book reviews that reveal the ending, but in this case I don’t feel out of place, given that the ending is previewed in the first chapter and I feel a journalistic need to warn you that this is not a happy tale.

As the introduction says, “[This story] is of love and hate, life and death, brotherhood and utter solitude, faith and doubt.

The last thing the world needs is another self-help or feel-good-faith book, seven simple steps to whatever….The truth is that life is far too complex to be put in a box….I write to you as a mere seeker , a fellow traveler….”

At the end of their journey, Erik and his friends end up in Egypt for several days of sightseeing and relaxing before catching their flight back to the United States.

Cairo is probably one of the safest and least-risky places in all of the 9,000 miles of countryside they covered. However, just a couple of days before their departure, the boys are walking down a lane near one of the popular markets, when a suicide bomber detonates a backpack full of nails and explosives while standing in the middle of the boys.

This book really shook me to my very core. I questioned whether it should be featured here, because I feel like it’s an outstanding piece of literature, but recommending it carries a weight of responsibility.

I asked myself, are Sharing Travel Experiences readers ready for a text like this? I came to the conclusion that if you are ready, you’ll buy a copy, and if you aren’t sure, you probably won’t. Hopefully simple as that.

For me, the reality of this book and the lesson one must take away is that we as human beings are terrible at judging risks. We can die any day – often our risks at home aren’t that different than some foreign places, just that we are more comfortable with ways we could die at home (car accidents being by far the majority for most of us), whereas abroad it seems every little foreign quirk could be a lethal move.

Risks should be acknowledged, but they shouldn’t be a barrier to travel.

My lingering question as this book came to a close was simply, was it worth it? Did Erik feel like their journey was wasted, given the unfortunate circumstances in which it resulted?

Well, I didn’t have to ask, as Erik answers my question, and I’d like to close with his words, because they’re powerful and I couldn’t really do them justice.

I still have a lot of unanswered questions. A lot of things will never make sense to me. I may never have quite the faith that I used to have. I will live the rest of my life deeply scarred both inside and out….

The truth is that we can never escape that risk, be it in a lonely dorm room or across the ocean in the midst of a civil war, whether it be for something great and noble or for nothing at all; with each breath we roll the dice and hope for the best.

There are things in this life that are far worse than death. A grave awaits each of us, and in the grand scheme of things, is being alive for eighty years any longer than eighteen years?

Our life is just a breath, whether we die old and gray or young and vibrant. When death comes for us, it will not matter how many years we managed to preserve our existence but rather what we did with the short time we were given on this earth.