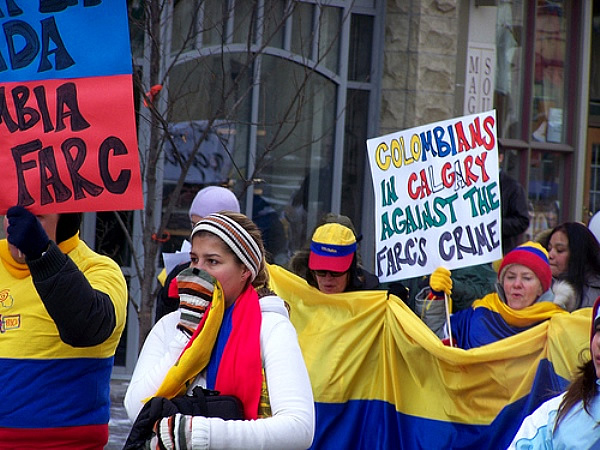 Luis Eladio Perez’s account of his time in captivity was released scarcely a few months after his liberation and cornered the market to begin with.

This account shines due to the politician’s clarity and sincerity and can be recommended to any Spanish speaker who wishes to understand further the situation in Colombia.

Perhaps this could be the memoir that sheds light onto all of the happenings in the jungle regarding Clara Rojas, the birth of her son Emmanuel, Ingrid Betancourt and Luis Eladio Perez and of course, the three American hostages.

While the book is not yet for sale in stores, pirated editions have been spotted on the streets of Bogota.

News of a Kidnapping by Gabriel Garcia Marquez, May 1997.

A sobering take on the state of play in Colombia in the 1980s and 1990s when kidnapping was a very real threat to people of every social strata in Colombia.

Garcia Marquez combines brilliant journalism with his abundant literary talent and creates a novel that moves every reader.

The Cloud Garden: A True Story of Adventure, Survival, and Extreme Horticulture by Tom Hart Dyke and Paul Winder, December 1, 2005.

Published a few years ago, this is a recommended true story written by two travelers – perhaps somewhat eccentric – who decided to cross the notorious Darién Gap from Panama in Colombia on foot.

For an interesting and perhaps different take on captivity, be sure to pick up a copy…after all, how many people have you heard of that created orchid gardens to remain sane?

Of course the big seller will be Ingrid Betancourt’s memoirs of her time in the jungle as a captive if and when it comes out.

The former presidential candidate is said to be working on her account and it will likely answer many of the questions put to her from the other books written by her fellow hostages.

Tagged
Books Bogotá, Colombia
What did you think of this story?
Meh
Good
Awesome