View all travel news
Top Destinations
Top CitiesView All Destinations
Trending Regions
Trending Cities
Load More
A contributing editor to both National Geographic Traveler and Outdoor Photographer, Matador is honored to have Bob Krist, award-winning travel photographer give us a peek into his camera bag . 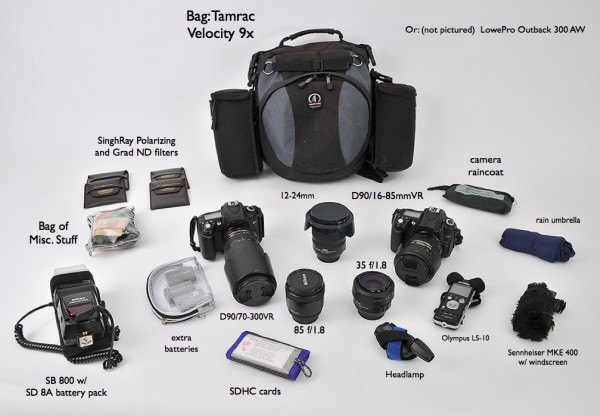 These little primes are great for available light and give me the FX-style bokeh I crave at times. Also, a SB 800 with SD8A battery pack.

Olympus LS-10 Audio recorder with Sennheiser MKE 400 mini shotgun mic (with windmuff). Also, not pictured, a small Gorillapod to use as a mic stand/handle.

Which bag I pick depends on how my back is feeling at the time I’m packing for the gig (the Tamrac rides high, the Lowe is at your waist).

If I have room, I take both and alternate ( it helps to keep that spine feeling springtime fresh after a 14 hour day!).

The whole kit weighs a few pounds less than the D300s & f/2.8 zoom setup that I used to carry on travel gigs and still use on commercial assignments.

One thing I wish somebody made and that I’d pay good money for? A sharp, fast, compact, DX-format wideangle prime, like a 17mm f/1.8 or something! 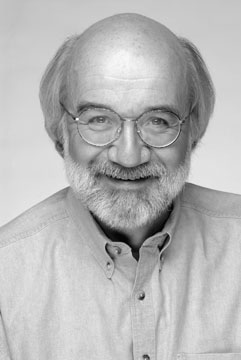 Bob Krist is a freelance photographer who works regularly on assignment for magazines such as National Geographic Traveler, Smithsonian, and Islands.

These assignments have taken him to all seven continents and have won awards in the Pictures of the Year, Communication Arts, and World Press Photo competitions.

During his work, he has been stranded on a glacier in Iceland, nearly run down by charging bulls in southern India, and knighted with a cutlass during a Trinidad voodoo ceremony.

He won the title of “Travel Photographer of the Year” from the Society of American Travel Writers in 1994, 2007, and again this year at the 2008 convention.

In 2000 his work was honored at the Eisenstaedt Awards for Magazine Photography in New York City.