My life has been filled with politics these past few weeks. I certainly claim no expertise, but after the surprising turn of events in Canada’s 2011 federal election, the world somehow seems a little nuttier… and a little bleaker. I’ll be interested to see what changes take place over the next four years, if any. But sometimes it’s hard not to expect the worst.

Yep. Politics isn’t all sunshine and buttercups. We place our confidence in leaders, and often they totally undermine that trust. Here are some of the most notorious politicians who made headlines for doing the very things they so fiercely opposed. 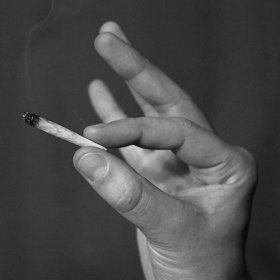 A vehemently anti-drug politician who likes to stir up controversy, he’s been quoted saying the Rhode Island Legislature had their priorities right – “If you are a Guatemalan gay man who likes to gamble and smoke marijuana.” Then during a radio show, instead of apologizing for his offensive comments, he said, “I reject the suggestion that it’s insulting.”

The Penalty: Not faced with any political consequences, Watson was released after signing a $500 bond. He’s due to appear in court on May 11.

The Offense: In 2008, Eliot Spitzer was caught arranging to meet with a pricey prostitute in Washington, DC. Apparently he had been involved with a prostitution ring called the Emperors Club VIP, a sort of “high-end” ring where even pictures of girls could cost up to $31,000. While Spitzer’s main political duty was pursuing “Wall Street misdeeds”, he claimed to be disgusted by prostitution and was responsible for prosecuting at least two prostitution rings and 16 people.

Penalty: Spitzer lost his job, but didn’t face any criminal charges despite directly violating the Mann Act by paying to transport a woman across state lines to have sex. Unlike Watson, however, Spitzer expressed extreme remorse for his behaviour. He even shed a tear.

The Offense: The leader of the Cuban Revolution, Fidel Castro’s motive was to overthrow the dictatorship of Fulgencio Batista, who had suspended the constitution and revoked many civil liberties, including the right to strike.

While the revolution toppled Batista and established better equilibrium between the rich and poor, in many ways Castro became a dictator himself. In 1960, he created the Committees for the Defense of the Revolution, which resulted in media censorship, concentration camps for homosexuals, and neighborhood spying to abolish “counter-revolutionary activities.”

The Penalty: None. Castro remained the Cuban President.

The Offense: In 2009 Peter Garrett approved uranium mining at the Four Miles site in South Australia. But he was once a fierce anti-nuclear campaigner, launching an unsuccessful Senate campaign in the 80’s as candidate for the Nuclear Disarmament Party, and – as front man for the band Midnight Oil – writing music criticizing the power of the resources sector in making public decisions. 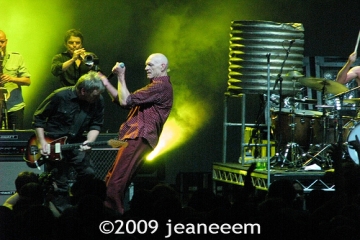 He’s even been quoted saying: “I have long been opposed to uranium mining, and I remain opposed to it. I am unapologetic about this. In fact, I am proud of it.” Way to stick to your guns, Garrett.

The Penalty: Well, Garrett didn’t exactly break any laws, so his actions weren’t labelled criminal. His reputation and following, however, suffered terribly and he lost total support from the arts scene. I’m not really sure how he could make such a drastic transition at all, or how he managed to justify it, other than the obvious increase in dollar bills.

The Offense: An outspoken left wing politician who has attacked Tony Blair and Harriet Harman for sending their kids to selective state schools, Diane Abbott decided to send her son James to a ritzy private school despite supposedly being ideologically opposed to this system.

Reacting to the outcry from her Labour Party colleagues and the public, Abbott said they would never understand “the Afro-Caribbean culture of parents wanting to do the best for their children.” Abbott also suggested she didn’t want her son to fall in with the wrong crowd and get involved with gangs. Parents with kids in the mainstream school system were understandably vexed.

The Penalty: The damage to her reputation was bad enough, and I feel a little bad for her son having to deal with a case of the crazies.

The Penalty: Craig pleaded guilty to misdemeanour but denied all accusations of homosexuality. Apparently, he just takes a wide stance when he’s on the shitter. He paid more than $500 in fines and fees, spent 10 days in jail, and was given one year probation with the court. 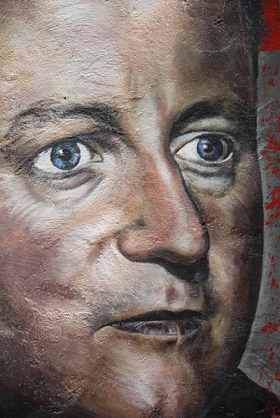 Photo by Abode of Chaos

The Offense: David Cameron attempted to bolster his Conservative Party’s green credentials by making plans to install a wind turbine in his home, and by cycling to and from work every day. During local elections in 2006, Cameron’s party used environmental concern as a lynch pin of its campaign. But critics had a field day when it was revealed a car carrying his briefcase and a change of clothes always followed Cameron to and from work.

The Penalty: None, apparently, other than public humiliation. Conservative officials said they had never made the arrangement a secret. Cameron defended himself by saying it was impossible to carry all his documentation, and that he made sure to use an environmentally friendly car. At the time, Liberal Democrat politician Chris Huhne offered to personally buy and deliver some panniers (carry-bags) for Cameron to attach to his bicycle.

The Offense: Mark Sanford always held politicians to high standards, and was a harsh critic during the Clinton-Lewinsky affair. He was quoted as saying Clinton’s conduct was very damaging, and it would be better for him and the country if he just resigned.

But in June 2009 he disappeared for six days, his whereabouts totally unknown. He later confessed to having taken a trip to Argentina with a woman he was having an affair with. This from the man who once told CNN: “If you undermine trust in our system, you undermine everything.”

The Penalty: After apologizing to his family and the public, Sanford resigned from the chairmanship of the Republican Governors Association.

Do you think the acts of these politicians are forgivable? Are there any biggies we missed? Share your thoughts in the comments below.