AND THEY SAY the French make the best lovers. Maybe that’s still true, but it doesn’t prevent Americans from living in one of the most sexually active countries in the world, trumped only by Australia as far as the average length of intercourse is concerned (although 4:02 minutes isn’t something to brag about…). This infographic, created by sex-tracking app Spreadsheets, compiled information collected from over 13,000 users in 133 countries, to see which places had the most sex, and for how long (only intercourse was taken into consideration; length of foreplay was not). Did your country make the top ten? 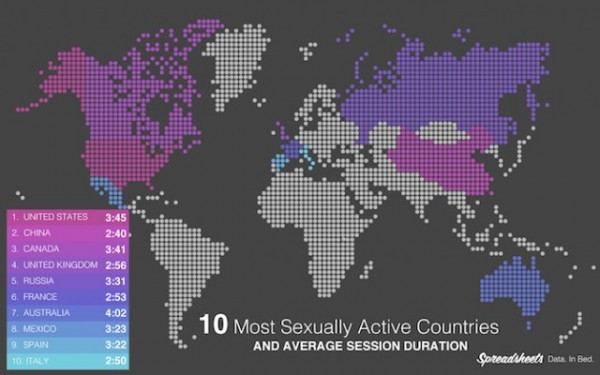