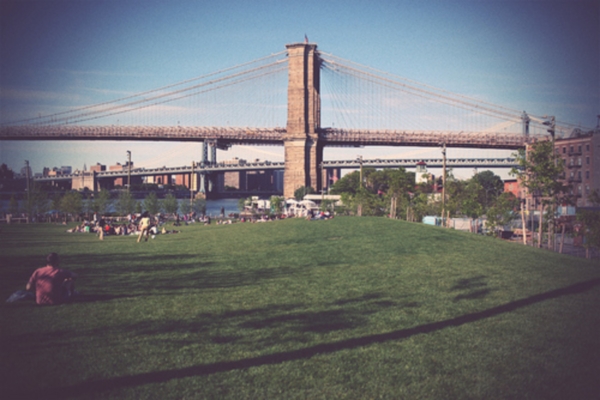 Matador Life editor Leigh Shulman shares the Hot Mommas case study she wrote two years ago, and reflects on how the writing process helped her see her life in a new light.

Two years ago, I decided I was done being a stay-at-home-mom — albeit much of that time a traveling mom — and was going back to work. What work? I wasn’t sure. Writing, maybe? Teaching? Something else? Add to that, it was daunting to re-enter the so-called work force with all the warnings from others around me. I’d never make as much as if I’d stayed working. No one would take me seriously. How could I explain the gap in my resume? A recent Salon article highlights these fears, complete with quotes from experts like Paul Krugman and statistics and research.

I decided to ignore these cautions and concerns and try anyway.

The first assignment I gave myself was to enter the Hot Mommas case study competition. The idea of the competition is for women to write out their stories in order to serve as inspiration and mentorship for other women. Let me tell you, it was tough to write. After five years writing little more than journal entries, I was painfully out of practice putting my thoughts down in any cohesive manner. It took forever to complete. 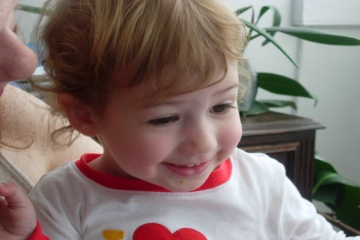 What began as my desire to act as a role model for others, ultimately became a way for me to see my own inspirations, abilities and experiences as one narrative. It showed me how all the random projects, ideas and jobs I’d had over the years were not as random as I thought, and instead have all lead me to where I am right now. Even my time as a stay-at-home mom was worthwhile not only because of the time I spent with Lila watching her grow and develop, but because it has strengthened my voice, my self confidence and my ability at work.

Now, I give you my original two-year-old case study titled, “I’ll Tell You Why Not!”

One sunny day in Brooklyn, we sat drinking mimosas over brunch. We chose that place on the corner. You know the one that used to be excellent, then the quality went south but you keep forgetting and find yourself peering down on soggy scrambleds.

“Let’s travel,” Noah said to me. I took another sip of mimosa. “I mean it,” he continued. “Let’s just sell everything and go.”

“Yeah, right,” I laughed out loud.

The following is an account of what went through my head in the few moments between Noah’s question and my final answer:

Q: What will we do with our apartment?
A: Sell it. I know. I know. You’re saying no, but what’s keeping you in the apartment? It’s expensive, crowded. You’re closed in by concrete and people. I know life is good and comfortable here. You have friends, family. But really, are you happy with it? 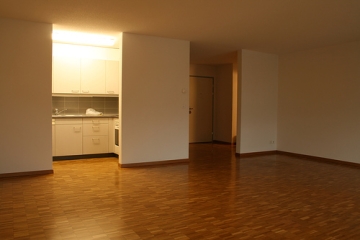 Q: What about our stuff?
A: You don’t need that much anyway.

Q: I’ve always wanted to travel.
A: Here’s your chance.

Q: Of the unknown. Of failure. I’ve never known anyone else who’s done anything like this.
A: Is that really a reason to say no?

I looked back at the ten years prior to that moment.

What happened to me? I shook Bob Dole’s hand at the 1996 Republican National Convention when I interviewed him for MTV New Online. At 23 years old, I was one of the youngest producers they had. Then, I ditched all that to go back to school for an MA while I began and ran my own internet consulting company and worked on my first novel. I studied plant biology and medicinal properties, taught literature, poetry and creative writing to students of all ages and even found time to volunteer. How did I become this person whose days were spent cooking, cleaning, putting things away, washing, straightening, cleaning, putting away and then putting things away?

But I was no longer the same woman I had been when Lila was born. Nor the woman before that.

I’ll tell you how. It was a choice. I was lucky enough to be able to choose between returning to work or not. I loved pregnancy and motherhood, spent hours planning, thinking, writing down every little thought and feeling. I spent my days rocking, walking and holding Lila. At night, she slept in our bed.

But I was no longer the same woman I had been when Lila was born. Nor the woman before that. Without noticing, I had somehow changed and just then realized I had no idea who this new person was or who she could be.

For a baby, everything is a learning experience. A wall. A red thingy dangling from the ceiling. A handful of cheerios. The older you get, the more you know, the wider your experiences need to be in order to stimulate development. That´s why the idea of traveling when you´re young and then settling down always seemed so strange to me. Why must we stay in one place? Because we´re not in college anymore? Because we have a child? 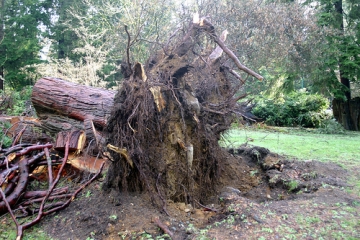 “All right,” I told him. “Let’s do it.” So we sold or donated just about everything we had, and away we went with only a few suitcases and a couple of backpacks.

OK, maybe it wasn’t quite that easy. The moving process is arduous; you weigh, measure and reevaluate everything in your life as you one by one pull up your roots to go, and like ripping the roots of an enormous tree from the ground, you will inevitably leave something behind. You will also be free in a way you never imagined.

We finally waved goodbye to Brooklyn on a warm sunny day in May. First stop? Graceland!

Since then, we have traveled on three continents and through ten countries. I have seen morning runs through a cloud forest and meditated on a huge flat rock in the middle of the Mediterranean. I watched my child run barefoot on the tiny island of Wichaub Huala with the Kuna Yala indian children, and saw her delight as a crowd of young faces peered up at our balcony every morning, waiting for her to join them. Noah played basketball with the men, and the women taught me to tie traditional beads around my arms and legs.

I only wish I were as clear in myself as my almost five-year-old.

Two weeks ago, we arrived in Salta, Argentina on a tip from an old biology professor of Noah’s. There’s a community of people here called El Devenir — The Future, in Spanish — who, well, I’m not entirely sure what they do. We are still learning Spanish, and some things are lost in translation, but I’ve heard talk of eco-tourism, sustainable development and medicinal plants. They have invited us to live in a small house on their property while we help them work toward the development of their community.

It is beautiful here. The roof of our house overlooks the valley and out to the foothills of the Andes. There’s a vegetable garden, chickens, rabbits, two cats and a mangy dog named Maxi. Lila is clear in what she wants. “Why do we keep going places and then not staying,” she asks. “I want to go to school and have friends.”

Q: We’ll have no income. No rent to pay, but no income.
A: You’ll have a chance to write and work on that new project idea of yours. Those will make money. 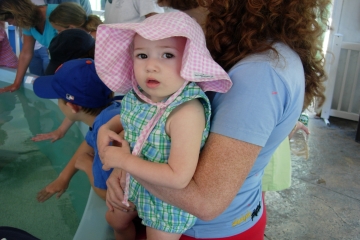 Q: I’m scared. What if I fail? It’s been so long since I’ve worked.
A: This again? You will fail. Everyone fails and falls at some time. As long as you get up again, then you have not really fallen.

Yes, here I’ll have time and space. For the first time in my life, I am not crowded in a small apartment in a tall building in a land of metal and concrete. I can breathe here. There’s horseback riding, hiking and mountain climbing. I’ll finally be able to finish a collection of short stories I started while traveling and begin that novel based on Lila’s baby journal. Oh, oh, and then there´s our new camera, so many buttons and whistles. I’ve always wanted to try my hand at photography. I can´t think of a better place than this to begin. Then, of course, there’s that new project – an expansion of the What Lila Sees area of my blog into an online art exhibition space for writers, photographers and artists of all ages, but specifically children.

And there is much to appreciate, learn and give back to this new community of ours. We´ll help in the garden, become fluent in Spanish, and since the house they’ve given us isn’t quite finished, we’ll learn to build houses as well.

“There is a certain inevitable futility in indecision,” says Voltaire.

When I wrote this two years ago, I had no idea I would fall back into step with my own writing and find such joy in it. Never did I think I’d become a Matador editor. I certainly didn’t imagine I’d begin an art an education program that requires I speak fluent Spanish. I do know, though, that writing my first case study was the first step in moving onto the next adventure in my life.

Now, I’m working on a second case study to enter into this year’s competition. Whether or not I win is irrelevant. The benefits of the writing process are incalculable.

What are you going to say about yourself in your Hot Momma’s case study?

Who and what has inspired you in your life? How did you come to take the particular path you are following? What were your concerns, and how did you overcome them? Leave your thoughts in the comments below.