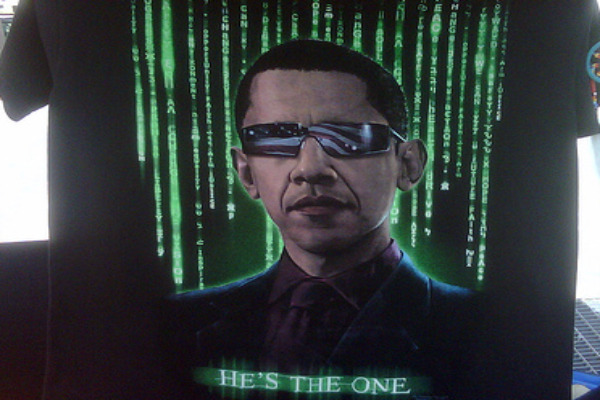 If you want to know “what change looks like”, check out Barack Obama’s new t-shirts.

Whatever you think of the ongoing violence in Iraq and Afghanistan, or the possibility of increased sanctions on Iran, at least President Barack Obama got the Health Care Reform Bill passed.

Short of immediately going out and getting ill, how best to celebrate this so-called landmark victory? Easy: visit the Organizing for America website.

This is the flagship of Obama’s social media campaign. It includes information on the core domestic issues facing America (the economy, education, energy and health), ideas on how to volunteer or get otherwise involved, and a frequently updated blog about all things Obama and change.

Most importantly, it has a store. This is where you can show your support by buying t-shirts proclaiming, “I stand with the President”, or buttons that identify you as a “Community Organizer.”

There are hats, a fleece, and even baby clothes! The “Organizing for America” mug has sold out, but thankfully the water bottle is still available.

And there is a whole section dedicated to products commemorating the health care reform.

Taking social media to the next level

During the 2008 election, candidates used social media tools such as Facebook, Twitter, MySpace and YouTube to connect with and engage voters, and organize their campaigns. It’s generally recognized that the Obama team’s savvy approach to these media was one of the main reasons for their win.

Organizing for America is them taking it to the next level. The interesting thing is how it differs from the dry, official White House website. A cynic might say it’s simply an ongoing exercise in “Brand Obama”. But the site genuinely seems to take a grass roots approach to change. 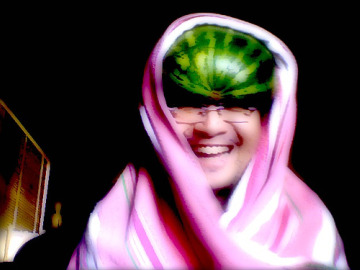 That said, the site is slightly creepy. It feels like a cheesy form of cult propaganda, and is peppered with inspirational quotes.

But at least he doesn’t claim to have a direct line to God, and only one of the t-shirts has his picture on.

According to sparkplugging, the 2008 presidential election was a game-changer in terms of social media. It wasn’t so much that Obama’s use of social media helped spur his victory, but that his early adoption of technology such as twitter helped define the way we use it.

The first ever tweet from @BarackObama was posted on April 29th 2007: “Thinking we’re only one signature away from ending the war in Iraq. Learn more at http://www.barackobama.com.”

Since then, social media has become an indispensable tool during elections, used for campaigning, reporting and monitoring.

Social media in elections around the world

During the 2010 Sri Lankan Presidential campaign, candidates used flickr, Facebook, YouTube and even Wikipedia as part of their campaigning strategies. Similar tools, along with Google Maps, were used to monitor the election and report on outbreaks of related violence. 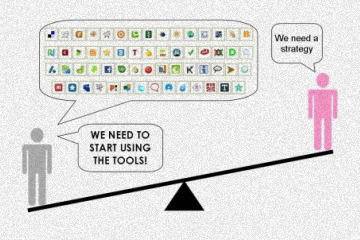 Potential Egyptian presidential candidate, Mohamed ElBaradei, has founded an organisation called The National Association for Change. Their website has collected thousands of signatures to a petition calling for political and constitutional reform.

The Facebook group, Elbaradei for presidency of Egypt_2011, has nearly a quarter of a million members. Egypt’s population is around 80 million and – according to ElBaradei himself – has “Internet penetration of only about 16%.”

These figures appear significant, translating as “proportionally…more than what Obama had in terms of Internet support”. (Big thanks to Jack Shenker for allowing us to quote from the transcript of his interview with ElBaradei.)

Finally, in the run-up to the May general elections in the UK, Labour advertising agency Saatchi and Saatchi ran an online competition asking supporters to design their campaign posters.

The winning poster depicts David Cameron (the leader of the opposition) as a character from a Thatcher-era TV show, and carries the tagline, “Don’t let him take Britain back to the 1980s.”

Now that would look good on a t-shirt.

Here at Matador we write a lot about social media. What do you think about Obama’s use of the Internet? Do you know other examples of using social media during elections? Share your thoughts in the comments below.