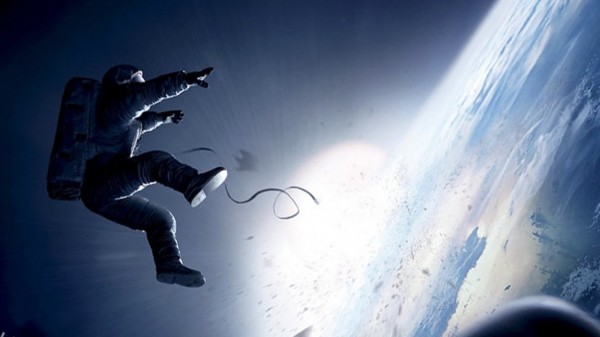 What the movie’s mistakes about space travel tell us about the emptiness of contemporary life.

Call me a killjoy for not enjoying the new smash hit film Gravity — and believe me, plenty of my “friends” on Facebook already have when I made the mistake of expressing my opinion of the film there.

I’ll leave it to professional movie critics to debate the movie’s cinematic achievements, but I do think what this movie — which has been lauded for showing what it’s really like in space — gets wrong about the realities of space travel reveals something quite ugly about modern American society.

Here are just a few of Gravity’s errors:

There are a host of other mistakes which have been listed in several articles1,2,3, but I won’t go on.

So why did the filmmakers behind Gravity choose to spin a space yarn rather than tell the truth? Imagine a film that got all these things right. Could it have been just as suspenseful, if not more, by showing the real challenges of traveling in space?

I can only speculate about the intentions of the filmmakers, but the film they produced is all too soothing in the way it fits the conventions of our time. It reassures audiences that at heart, women are still “ladies” and men are still “men.” Instead of making us think, it encourages us to feel afraid. Instead of investigating complexity, it encourages simplicity. And if the film’s mawkish dialogue is any evidence, it privileges dramatic visuals over the written word.

Equally as revealing as the mistakes in the movie are the ferociously defensive reactions (virtual and in-person) I’ve gotten from its fans when I’ve stated my opinion. I’ve been called a Debbie Downer, a member of a social media conspiracy against successful Hollywood movies, and an ignoramus who doesn’t understand how to suspend disbelief.

“Relax, it’s just a movie!” In other words, don’t ruin my fun. Don’t challenge my brain when I want to turn it off. Don’t bring me back to the days when people used to engage in lively discussions about art and could actually hold different opinions, and when having one’s own opinion mattered. Don’t wake me from this corporate-sponsored dream I’ve been living in and enjoying without having to think too much. By the way, have you seen the latest and last episode of The Shamelessly Breaking Mad Men Dead in the Homeland, with Dexter?

No, I haven’t. I like being stimulated by something other than a pumpkin spice latte. Who wants to join me?