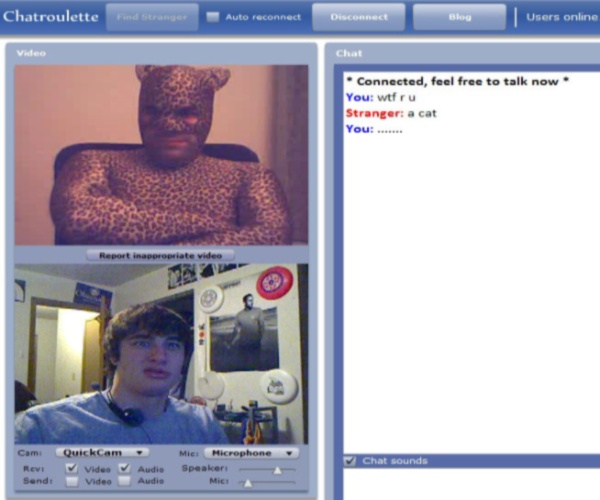 Feature photo: briannaorg/Lead photo from Trueslant.com
Chatroulette, the Internet phenomenon started by a 17 year old boy named Andrey Ternovskiy in Moscow is changing the face of anonymity… or at least replacing it with nudity and desperate men.

Chatroulette allows live webcam and audio conversations with strangers, but it’s entirely anonymous (if you don’t recognize the person you’re seeing). Click “Connect” to come face-to-face with a stranger from anywhere in the world, and then hit “Next” (or press F9) to move on. You can also mute your audio or turn off your webcam to really become the ultimate creeper.

Of course, you can imagine that an anonymous webcam chatting platform allows all the weirdos to come creeping out of the woodwork. After finding the picture of the cat (shown above) and laughing hysterically about it for days, I decided I needed to track down the feline who had brought so much laughter into my life. Here are my adventures into the scary world of Chatroulette. 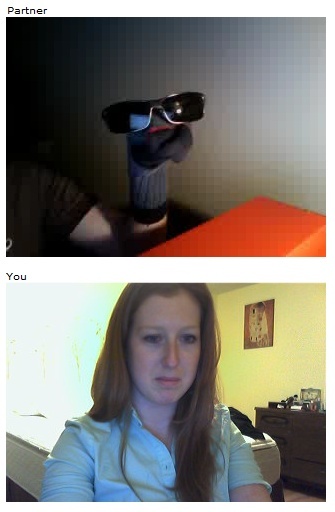 We stayed up until 7 a.m talking with people. Several times, I had to remove Mike from the camera’s view because everyone just wanted to see a girl. Our other drunken friend, Steve, eventually wandered into the room dazed and confused after passing out on the toilet for an hour as he usually does. Him and Mike stood in the background with only their torsos visible while I looked on. I’m fairly certain Chatroulette was invented for people like this, young 20-something males who can find various suggestive things to do with their index fingers poking from their jeans’ zippers, in front of strangers.

Ok, I figured this time I would try Chatroulette solo and sober. Turns out there is never really an appropriate time to be using the program.

I was so grateful when I found these lively disco dancers blaring techno music in the background. They were a little more interested in dancing than chatting. 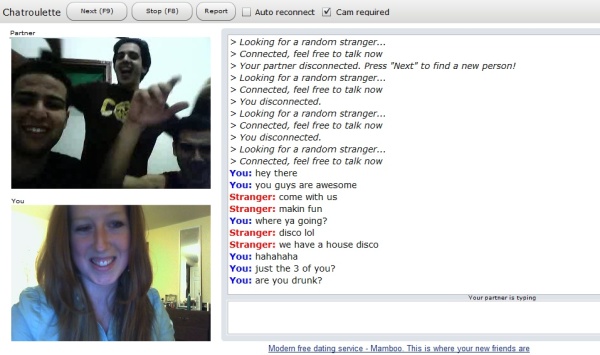 Most often, however, I ran into guys who asked me to remove my shirt. The depth of this conversation is overwhelming.

Stranger: hey
You: hey
You: what’s up?
Stranger: nm hbu
You: just trying this chatroulette thing. i’m glad you’re not a penis.
Stranger: lol. any boobs?
You: nope, girls keep rejecting me.
Stranger: cn i c urs
You disconnected.

I later found a guy holding a sign saying: “Show your boobs to a French guy.” His face wasn’t visible, just the sign.

You: Why is your sign in English?
Your partner disconnected.

Nearly all the males I encountered were teenagers. These young lads took a more subtle, sincere approach. 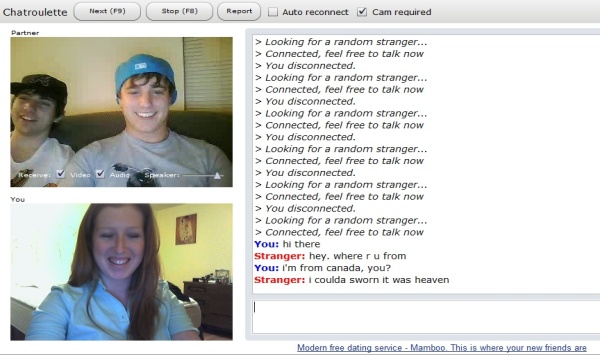 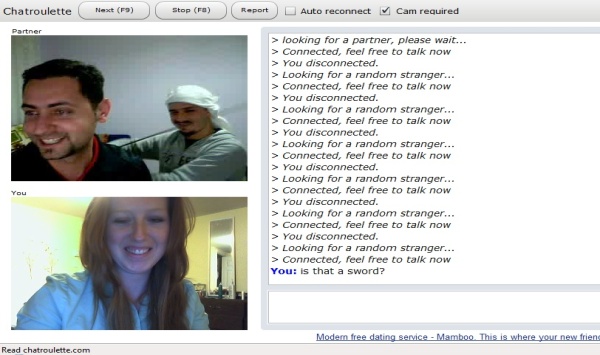 Even better, some sported fantastic beards. 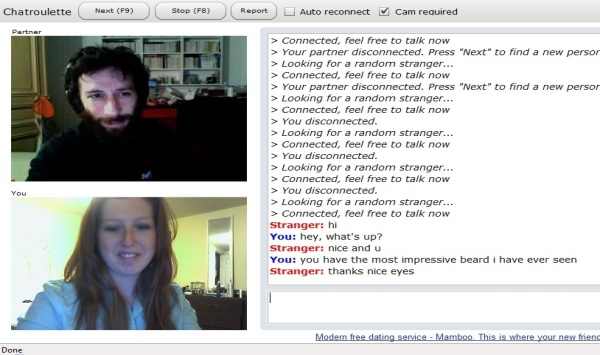 The New York Times suggests that 90 per cent of people using Chatroulette are looking for real, genuine connections. There were supposedly 20,000 people logged on while I was online, and within the span of an hour, I had sufficiently received my daily dose of penis imagery. In fact, I probably overdosed.

The only girls I encountered immediately hit “NEXT.” It felt a little insulting at first, like rejection. But then I decided, “Hey, for once in my life I have the power to reject someone!” And then browsed through the masses like a maniacal speed-dater, grinning all the while.

Against all odds, I did encounter two charming, handsome gentlemen who had wandered over here from a CNN article. Both were absolutely shocked to be face-to-face with a woman. They were also downright disturbed.

Alas, they were much too normal for my entertainment. NEXT!

Because it’s virtually impossible to weed out the pornographic material and other questionable displays, many people predict Chatroulette won’t be around for long. What do you think? Want to know more? Read about the future of Chatroulette.