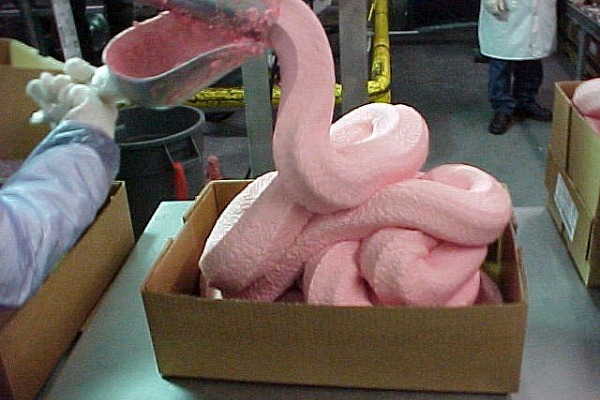 With New Year’s Resolutions Day just around the corner, here’s some fast food for thought.

It’s become fashionable to hate on fast food, and for the most part we’ve moved well beyond thinking it’s anything but a junk-laden comfort drug. But just in case, here are eight reasons to stop eating fast food that you may not already know – just in time for your New Year’s resolutions to kick in. You are making New Year’s resolutions, aren’t you?

1. A shitty way to wait for death

People know that animals are frequently kept in horrendous conditions, but what do these Concentrated Animal Feeding Operations (known more commonly by critics as “factory farms”) really mean? Try this for size:

Some chicken nuggets contain an ingredient used in Silly Putty!

2. Pumped up on antibiotics

The crappy conditions the animals are kept in encourages bacteria to grow, and depress the animals’ immune systems. To stop them getting sick, the animals and their feed are pumped up on antibiotics.

As well as high levels of antibiotics and hormones, fast food contains some pretty whack stuff. 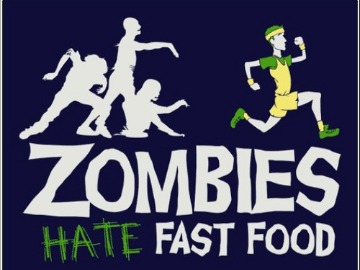 The last few years have seen a number of insane claims that McDonald’s burgers just don’t decay! Salon.com recently reported an experiment from a New York photographer who has been documenting a Happy Meal every few days until it spoils. At the time of the report, the meal had lasted 137 days and still looked pretty good. You can check out the Happy Meal Art Project here.

To be fair, this phenomenon is probably less about zombifying preservatives, and more to do with the large amounts of fat and salt – and the corresponding lack of nutrients – in the McDonald’s meals. In other words, it’s likely that many fast foods would decay – or, not decay – in the same manner.

Next Page
What did you think of this story?
Meh
Good
Awesome

The world’s 5 most beautiful alphabets you’ll never learn to read
7 spectacular national parks to visit this fall
Before you head outdoors, be sure you’re respecting sacred grounds
Michelob ULTRA will pay someone $50K to take an epic US national park trip
This Manhattan museum is telling the history of enslaved people on the island
✖
travelstoke
Download the mobile app
stoked by