The moustached kingfisher is a mysterious animal. Native of the Solomon Islands in the South Pacific, the bird had only ever been observed decades ago (only female specimens), in the 1920s and 1950s, and had never been photographed. That’s until mid-September, when a team of field scientists led by individuals from the American Museum of Natural History happened upon one on the island of Guadalcanal.

AMNH biologist Chris Filardi and his team were surveying endemic biodiversity in the area when they heard and sighted the elusive kingfisher. Over the next few days, the team set nets and captured one male specimen.

“It was like finding a unicorn,” Filardi told Slate. On a blog post for the AMNH, he write: “[It is] a bird I have sought for nearly 20 years […] One of the most poorly known birds in the world was there, in front of me, like a creature of myth come to life.”

So, to make sure it would not take another century before scientists get to observe a male moustached kingfisher, Filardi and his team snapped a couple of picture of the “ghost” bird and collected it, i.e. euthanised it. 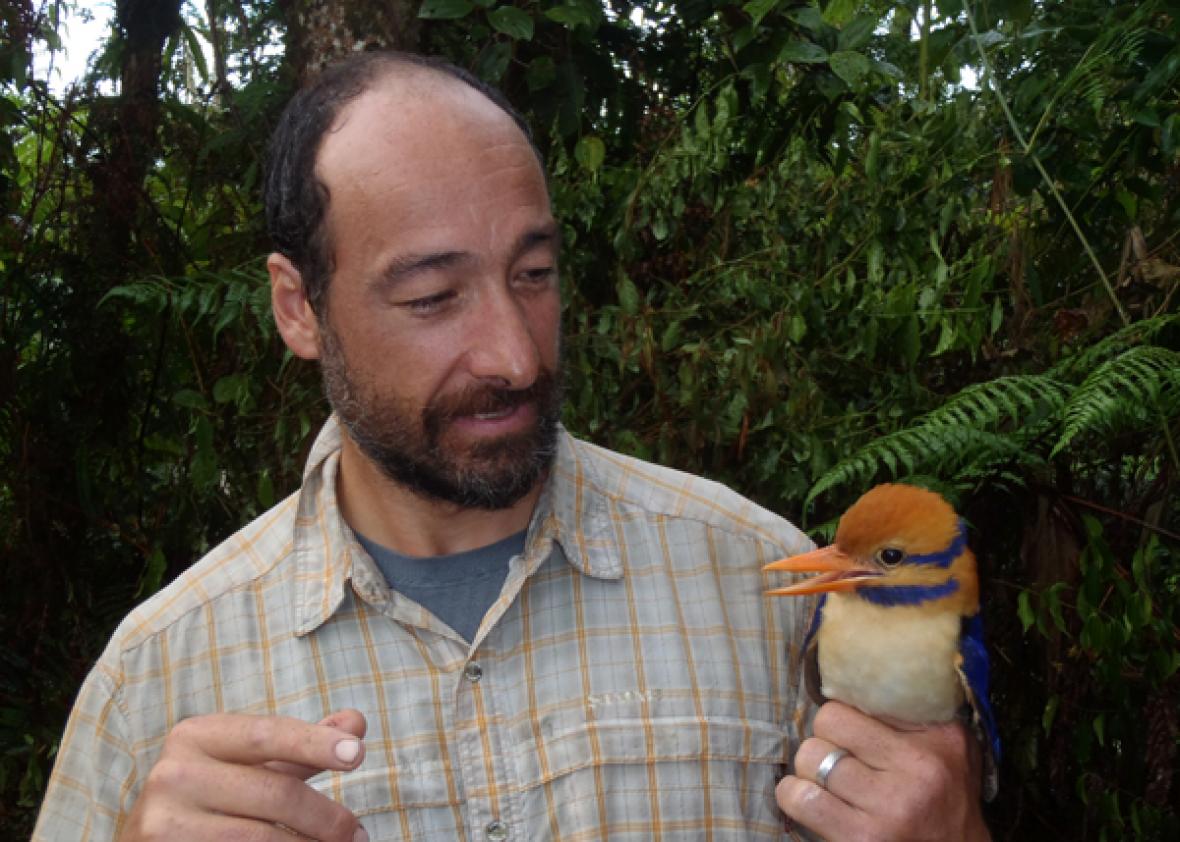 The outrage from ecologists and animal-rights activists that ensued is hardly surprising. Why would a conservationist kill a rare bird? Is killing in the name of conservation not contradictory? Is it ethical to kill for scientific research purposes?

Filardi defended his action in an article published by Audubon: “This was neither an easy decision nor one made in the spur of the moment […] This was not a ‘trophy hunt’.”

The scientist further explains that the bird is not as rare as first estimated, “this is a bird that is poorly known and elusive to western science — not rare or in imminent danger of extinction.”

According to Filardi, the collection of the specimen will help document the ecosystem the species evolves in and draw conservation strategies. “The moustached kingfisher I collected is a symbol of hope and a purveyor of possibility, not a record of loss.”

Despite the scientific justification for the euthanasia of this moustached kingfisher, one question remains: is a dead individual the only way to study a species?