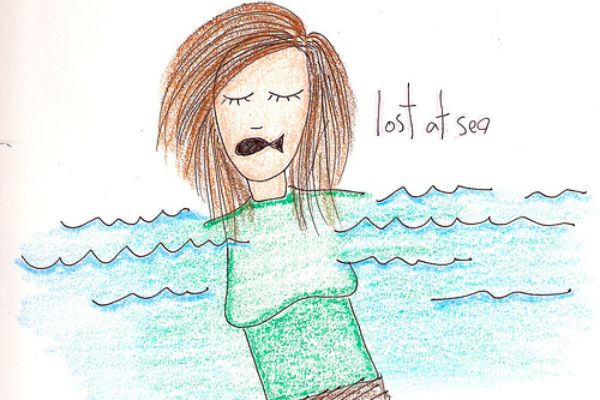 Leigh Shulman looks at some of the vitriol surrounding the Abby Sunderland debate, and wonders what message we should be passing on to our kids.

I PERUSE A FEW parents’ message boards out there. Sometimes to ask the occasional piece of advice. Other times, I drop in to see what’s what with the latest discussion. I logged on yesterday to see the following raging about Abby Sunderland.

Who is Abby, you may be wondering? Let’s hear from the message boards.

Girl who failed to sail around the world at 16. she’s planning on writing a book and is having lots of fun on her adventure, getting a ride home from some funny french guys

Then come the criticisms:

Who the hell lets their 16 year old daughter sail across the ocean by herself?

Am I the only one that finds it freaky that Abby is still at least a week away from home, getting rides on boats full of men?

Isn’t it illegal to let a 16yo sail the world alone? Like child neglect or endangerment?

So nobody but me is bothered by the fact that Abby the sailor wasn’t in school this whole time?

I seriously can’t believe that Australian tax payers will pay for Abby’s rescue. I would be SO pissed!!!

And then of course, my favorite:

I think about Abby every hour since she sent her distress beacon signals out and cry like a little fucking faggot. Her parents are dopes, but she’s a child lost at sea. 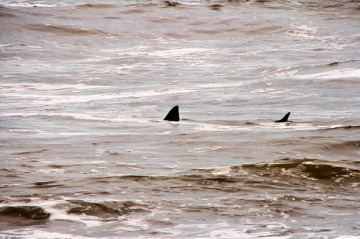 To be fair, that last one is a bit of an inside joke, and there were a few voices of support among the negativity, but ultimately, the overwhelming tone I hear from parents is one of fear.

Make sure you do things the traditional way. Don’t attempt something big, because you might die. Be afraid of men. Fear of failure There’s a focus on what’s wrong, what can’t and shouldn’t be done and then, of course, anger and punishment when you stray from those traditional boundaries.

This is why I love Lenore Skenazy.

Lenore Skenazy, the NY columnist who blogs about parenting on her Free Range Kids website, received similar attacks when in 2008 she wrote about allowing her then 9-year-old son to take the subway home alone.

Recently, she suggested parents take their young children — seven years and older — and leave them in the park to play alone. More uproar and outrage. Lenore’s exercise challenges parents. It forces them to face their own demons. Kids don’t know to be afraid of being alone in the park. They don’t worry about being kidnapped or weird men that may touch them funny or being murdered by a random stranger. Those are parental concerns.

Children learn their fears from their parents.

Is Abby An Abject Failure?

In my opinion, no. Did she succeed at her original goal? No, but she is willing to try again. Her parents would be willing to support her again, even though it seems they now have the enormous burden of paying the bill for her rescue. And really, how many of us would know what to do on a broken boat in the middle of a stormy ocean? That alone shows amazing ingenuity and knowledge. 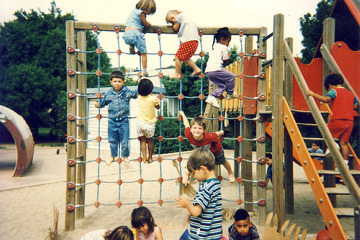 Still, my heart sank when I heard of her disappearance, because I knew immediately fingers would point saying “See, she never should have tried.”

And suddenly, the accomplishments of Jessica Watson, who recently completed her solo trip, or Abby’s older brother who boated his way around the world, would disappear. For many, their complete goals wash away in the face of one apparent failure.

But failure is a normal part of life, and people who actually go out and do things will not succeed 100% of the time. They will, however, accomplish their goals some of the time. Those who never try, succeed zero percent of the time.

What Message Will We Gift Our Children?

Lila is six. She’s not asking me to outfit a boat and send her out on the Indian Ocean in winter storms. Nor is she asking to circumnavigate Central Park on her own with only a subway map and some change to make calls. But one day she will want to strike out on her own.

Now, it seems, there will be a reality show based on the Sunderlands. I admit, my heart took another dip and dive when I heard that.

Does this change the way you see Abby’s ability to survive on her own? Does this suddenly make her parents’ motives suspect? Share your thoughts below.

For solo female travelers, camping alone can be unexpectedly freeing
New additive-free tequila program highlights the true taste of Mexico’s famous spirit
Michelob ULTRA will pay someone $50K to take an epic US national park trip
The finalists for the 2020 Comedy Wildlife Photography Awards will put a big smile on your face
6 epic video games that will stoke your wanderlust
✖
travelstoke
Download the mobile app
stoked by