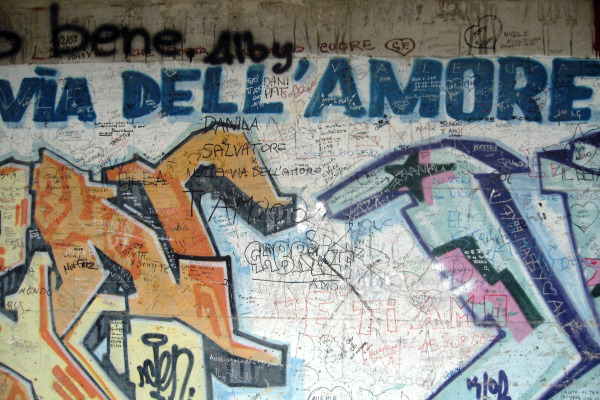 MatadorLife Editor Leigh Shulman opens up about her relationship with her husband Noah and how it has shaped her beliefs about having a long-term partner.

It was summer. Lila and her friend Maia played in the sandbox while we moms sat on benches drinking latte from the corner deli and comparing notes about the upcoming terrible twos. That’s the day I learned Talya and her husband were edging toward divorce.

“How do you know when the problems are just too big?” she asked me.

“We’ve been together long enough that…” I began, but she cut me off.

“I know,” she said. “You and Noah have been married long enough that you have all this stuff figured out.”

But that wasn’t it at all. Quite the opposite.

Noah and I have been together almost twenty years. We’ll have been married for exactly fifteen years this coming Friday, June 25, and we dated four years prior. That’s more than half our lives together.

I used to think there was such a thing as a soul mate. Years with one person has made me change my mind.

What I intended telling Talya that fine July day is that at some point in a long relationship, you’ll have at least one time when you realize, this is it, we’re breaking up.

Noah and I have had two. One happened soon after September 11th. Hindsight tells me stress did it to us. We had just witnessed the most massive human destruction we’d ever seen. We watched charred paper rain down on the roof of our building and heard sirens blazing from Brooklyn through the Battery Tunnel to the once-standing WTC buildings. Soon after, all freelance work dried up in the city and suddenly we couldn’t pay our bills.

The second time occurred around the time we decided to sell our stuff and leave New York to travel. Again, maybe it was the stress of it all. We sorted through every piece of our lives, decided what to keep with us and what to discard. Whether or not we consciously realized it, we had to be wondering if maybe we should just disconnect from each other, really start over completely. It was tempting.

I’m the same person with Noah as I am without him. If I want to be alone for a while, fine, but what if I want another relationship? I bring to any other person the same quirks and faults as I have with Noah.

We tend to have between five and ten different disagreement at any given time. We draw the same battle lines, repeat the same arguments and generally make our way to the same conclusions. At times, it’s excruciatingly boring. Other times, it’s outright painful. 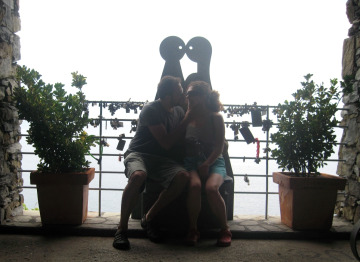 Photo of Leigh and Noah, taken by Lila

Over the years, some arguments drop off the list. Others appear. Some are stupid. Some relate to our deepest personal beliefs. Some are just sticking points, reasons to argue because you’re pissed off at each other, unable to communicate and get stuck in gridlock.

That’s when you take a deep breath.

And when you figure out what’s really getting to you. It’s never the teabag I left in the sink or the bill left unpaid that caused the electricity to be cut again. Even infidelity and the lies that go with it are not in and of themselves the issue.

It’s what those things mean to you about yourself. The anger we feel toward others, while often entirely justified, always stems from our own insecurities.

When your partner tells you you’re being a hypocrite or you’re not making enough money or you’re not supportive enough or you’re a fucking dickhead and I hope you die, or any one of a thousand things people say to each other out of honesty or anger or the desire to be hurtful, it will only cut deep if there is already a wound there.

There’s no such thing as happily ever after.

I used to think there was such a thing as a soul mate. Years with one person has made me change my mind. It’s not because I’m disenchanted with Noah, it’s more that I now believe it is possible to work through anything if you decide that’s what you want to do.

There will always be points of disagreement and discord, and even the most well suited couple, who seem to have everything in common, who agree on every point and never fight, will eventually reach a time in their relationship when it just stops working.

Does that mean you’re no longer soul mates? 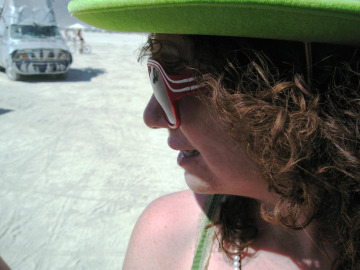 The way I see relationships is that when it’s good, I mean really great, those times you’re electrically charged toward each other, you can be sure those won’t last. You’ll always head into neutral or negative space again. But when they’re bad, there are no guarantees you’ll go back to the electric.

Some might call that cynical. Yes, I suppose. I see it as a reason never to take anything for granted.

Here’s the secret, I think.

You have to take care of your own needs first. Many will call that selfish, but seriously, if your head is in disarray or your body in pain, how can you possibly be there for or with anyone else?

It’s not really so much of a secret as something that’s easy to forget in the barrage of everyday life things. Whether you have kids or not, travel or not, are expats or not, there will always be something going on. Family, work, lack of work, natural disaster, death. Something will be there to stress you. Even more so, happiness can often be hard to handle. I mean, what do we do with ourselves when we actually get exactly what we want?

Then it’s just a matter of figuring out what it is you need in order to take care of yourself.

I don’t mean a couple hours to myself. I mean I need to get out and experience a bit of life on my own. That’s why I’m going to Burning Man this year, while Noah stays home with Lila.

I appreciate that he understands my need isn’t personal to him. In return, I try really hard to listen when Noah tells me the things he needs to take care of himself, even if it’s difficult for me to hear.

When you have that space to take care of yourself, you continue in your own development separately from your partner. You go your own directions, fuel your own interests and then can return to each other refreshed.

How do you know you’ll always come back to each other? You don’t. You just have to trust.

How long have you been with your partner and what lessons have you learned along the way?

Check out the articles in our series Love in the Time of Matador where we explore the many facets of Matadorian love and relationships.