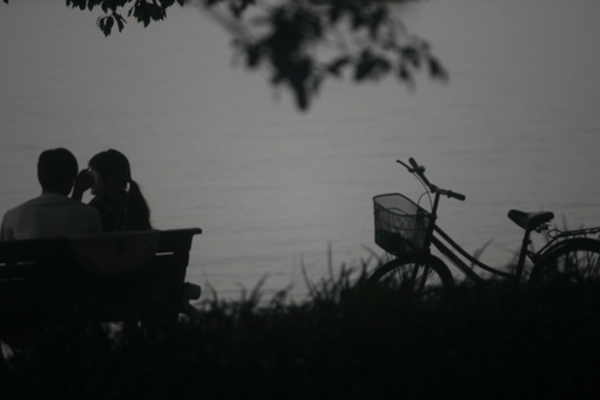 It was a rainy Tuesday in a Taiwanese cafe in Shanghai, and Jun and I were having fried rice with a generous side of tears. To the patrons around us, the whole scene had “breakup” written all over it. But it wasn’t that kind of breakup. Leaving melodrama aside, this was the US government breaking up our trip back to my hometown of Cleveland, Ohio.

To me, Jun was the guy who first kissed me to the tune of cicadas, next to Hangzhou’s West Lake. The man who loved to pick me up from the metro station late at night, and ferry me home on the back of his bicycle. But to the visa officer at the US Consulate in Shanghai, Jun was just another immigration risk from China with no apartment or car, let alone a wife or children. “You’re too young,” the officer declared in Mandarin, stamping a denial in permanent red ink into the passport. 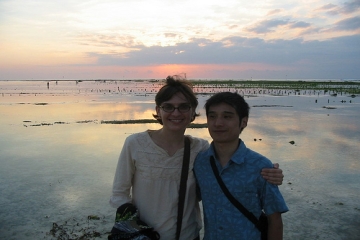 Before I met Jun, I imagined international love to be as sexy as a James Bond movie, where lovers went from Monte Carlo to the Casbah as easily as ordering a martini. But then I went to China, and I was shaken and stirred by the reality there — that Chinese citizens had to scale an interminable wall of visa regulations just to set foot on a plane. Things such as having $7,500 saved in a bank account for at least six months, or proof of real estate ownership, or even passing interviews.

I shouldn’t have pushed Jun to apply for that US tourist visa — except I longed for him to meet my parents. I had met his months before, but he’d only known mine through the occasional long-distance phone call. But instead of getting the third degree from my dad, Jun had to get it first from a US visa officer, a guy who wasn’t kidding about “no.”

Like an embattled child, this denial made me want to take Jun to the United States even more. And I was willing to push the boundaries to make it happen, even if that meant getting married.

Taiwan became “the other man,” an illicit affair with what was, for Jun, the forbidden side of China.

Following my trip back home, alone, I realized we weren’t ready for some shotgun wedding just for a visa. We liked where we were, as a couple. And since I didn’t foresee any more travel to the United States in the next year or so, I didn’t worry about another government-induced separation.

But in December 2003 my company decided to send me to Taiwan: an island that was still technically at war with mainland China, and which was damn near impossible for any mainland Chinese citizen to visit. I desperately wanted to stay together with Jun, but the promise of a company promotion, and more adventures, lured me across the strait to Taipei.

Taiwan became “the other man,” an illicit affair with what was, for Jun, the forbidden side of China. And I fell hard for it all — from the sweet, sing-song “huanying guanglin” welcome of shop owners, to the view of the pearl-studded night sky from the Matsao Hot Springs in the Yangming Mountains. But as gorgeous as Taiwan was, he left me hollow and longing for my real love across the strait. 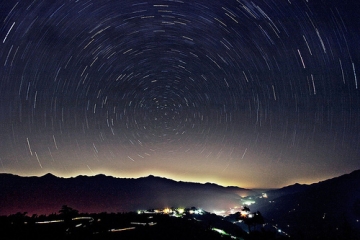 So when I heard Jun’s voice from Shanghai, proposing over the phone, I resolved to break it off with Taipei for good. The distance had made me realize just how much I loved Jun, and how I never wanted to leave him again.

Besides registering our marriage in Shanghai in 2004, we also said “I do” to traveling around the world as a couple. We trekked across Thailand, and relaxed on the beaches of Bali, taking our first steps together in the most visa-friendly countries for mainland Chinese citizens. We consummated our commitment to each other, and to our mutual wanderlust.

This encouraged us to keep trying to get Jun a US visa. After nearly a year of applying for a green card — from sending in meticulously typed applications, to gathering evidence — he went for an interview at the US Consulate in Guangzhou in November 2005. I was frantic, pacing the floor in an apartment a few stories up, hoping the US government would finally step aside and let our marriage cross the Pacific.

At the Shanghai Pudong International Airport in late December 2005, Jun and I cuddled in the corner of a Korean cafe, with our luggage under the table. He had his arm around me as he tempted me with kimchi and noodles. And I smiled with every flirtatious bite, imagining the two boarding passes in my purse. Final destination: Cleveland, Ohio.

For the first time in our relationship, it felt so easy to be international, and in love.