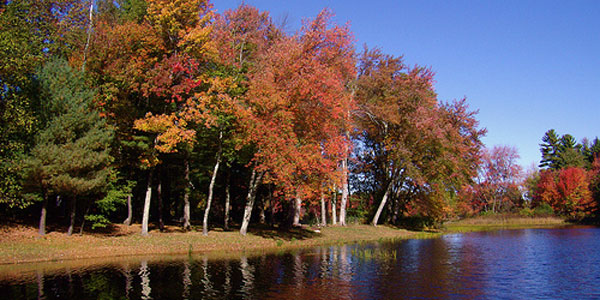 Photo above by lunita

Tommy Carson loved doing rails of coke on his dashboard, then barreling his truck down The Bog Road at break-everything speed. Mrs. Allen was having sex with at least two men who weren’t her husband, one possibly under eighteen.

AND ONCE, while I was standing in line at The Video Stop to rent Gremlins, I watched Mr. Holland walk in and clock the kid who had slashed his tires the week before.

This is where I grew up. With a population that hovered around 1,000, Bristol, NH seemed like an idyllic lake town to outsiders. It’s the kind of place that cityfolk dreamed about; no stoplights or traffic, no pollution or car alarms, no leashes on dogs.

But as anyone who has grown up in a small town will tell you, there’s a rip current in places like these that can send a soul straight for the rocks.

But as anyone who has grown up in a small town will tell you, there’s a rip current in places like these that can send a soul straight for the rocks. A nice, quiet life sounds possible until monotony takes hold, driving even the nicest old lady to cane the paperboy. 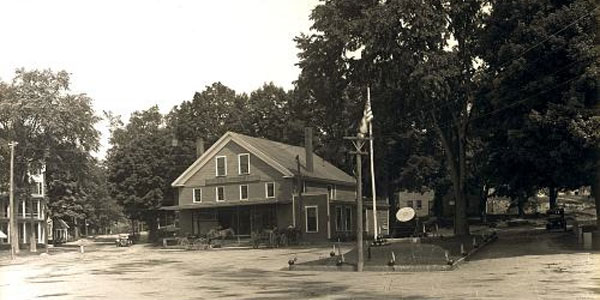 Google Earth verifies that the town still isn’t much to look at. Life centered around a Cumberland Farms store (“Cumbie’s” to locals), a gas station, a bakery, Bristol Pizza, a bar and a lone fancy restaurant. Many houses were treated as works in progress, with half-built additions and porches propped up on concrete blocks. Quite a few residents tapdanced above the poverty line, just one transmission repair away from not being able to buy milk.

School was colorful. There were the teachers, who had to deal with everything from bus sex to shutting off televisions when the O-rings failed a spaceship carrying the state’s favorite teacher, Christa McAuliffe. I especially remember the French teacher, who taught the language with a New Hampshire accent so thick that it has since made me the laughingstock of every restaurant in Paris. 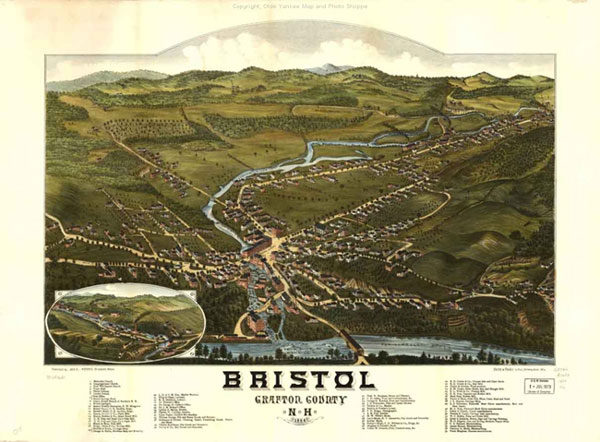 There were my best friends, a brother and sister who had rescued me from excellent grades and fashioned me as a hoodlum. Matt smoked two packs a day at fourteen and Debbie had a habit of making other girls’ faces collide with her fist. We’d down Soco while waiting for the bus, which could be quite late, given that its first pickup was thirty miles down a rural route.

Most women seemed to trudge along with a tinge of buyer’s remorse when it came to their children, while men worked speed-fueled shifts at the local plant. There were never any arguments involving ethnicity because there wasn’t a single person of color – the town was still 96% white as of the 2000 census. Mr. Shakey, whose grocery store parking lot was THE place to hang out, seemed only able to hire high school girls who had developed earlier than the rest of their class. The cops were a Deniro kind of ruthless, all seeming to have a side bet as to how many kids they could toss into Juvie. 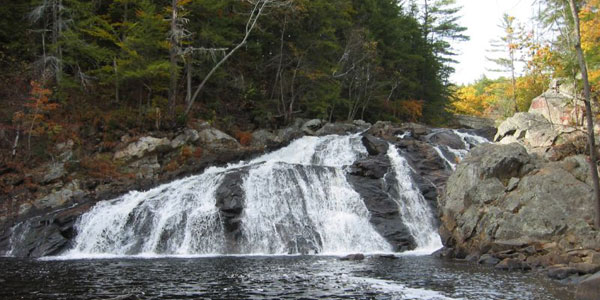 Photo above by Derek DMan

Winter began in November and ended in April, with temperatures so low that ski masks were a fashionable accessory. John Cheever wrote here during the summer but was smart enough to evacuate before the leaves started falling. Every road led to a mountain and every mountain was next to another. And every inch would be blanketed with snow by December. Most houses were a lighter color from four feet up because the snow banks didn’t permit sunshine until they melted.

Despite the underbelly, there was nothing sinister about Bristol. It was the kind of town you’d drive through while singing to your radio, completely unaware that a population had just passed. Most drama happened behind closed doors, allowing it to be a wonderful place to visit but a tricky place to live. I have not been back in many years and I do not think that I would want to. I don’t want to know if there is a Papa Gino’s, or if what was made in factory has been outsourced to Korea. I don’t want to hear if Tommy is finally Working The Steps or if they now have Gremlins on Blue Ray. I like how it sits in my brain just fine; a sleepy little town full of invisible nightmares.

Photo above by Ed Karjala