Polygamy of any kind was made illegal in Tibet after the Chinese occupation, but the abolishing of collective farms in favour of individual landholdings has made fraternal polyandry the unspoken norm in rural areas. Many wives do not know the biological fathers of their children, and all spouses are treated equally. While polygamy in Tibet used to be class-based, with wealthier taxpayer families having more spouses, the difficulty of farming and families wanting to avoid splitting up farmland have made it more common in poorer families.
(via) 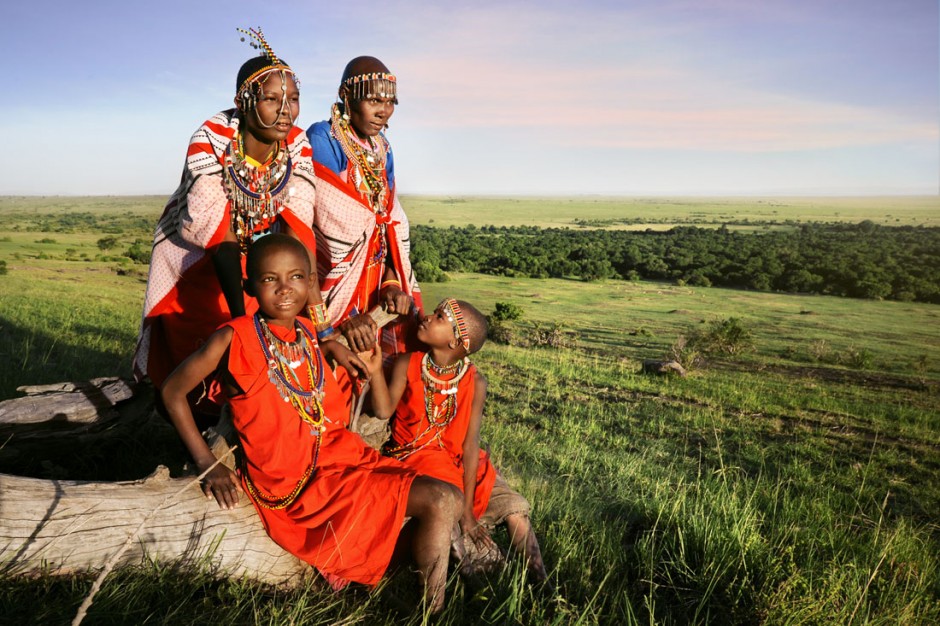 This group of cattle-herding traditionalists are often the face of Kenyan tourism, with their colorful robes and beads exoticising posters and safari packages. They have a cultural history of polygamy, with men “paying” each wife in cows…which she can then use to feed her family or sell milk, although she does not own them. Maasai women may be given as a multiple wife as teenagers, and will often live in the same house as other wives until they become pregnant, when they may receive a home of their own.
(via) 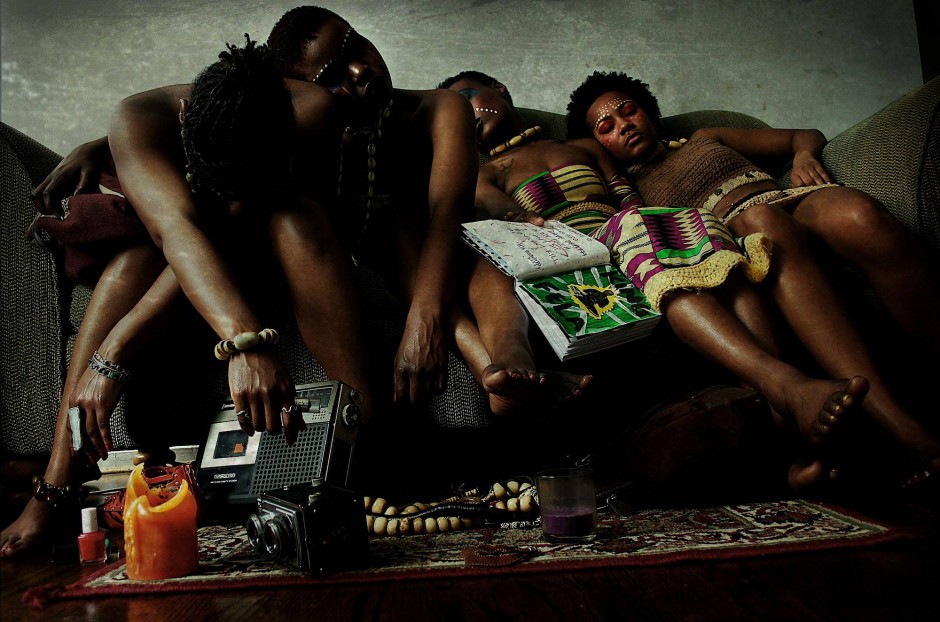 Nigerian musician Fela Kuti, creator of “Afrobeat,” married all 27 women in his entourage in 1978, although he later came up with a rotation system of only twelve wives at a time. His political views got him sent to jail in 1984 for a charge of “currency smuggling,” although Amnesty International classed him as a political prisoner. When he was released, he divorced his remaining wives, stating that “marriage brings jealousy and selfishness.” He later died of Kaposi’s sarcoma, a side effect of AIDS.
(via) 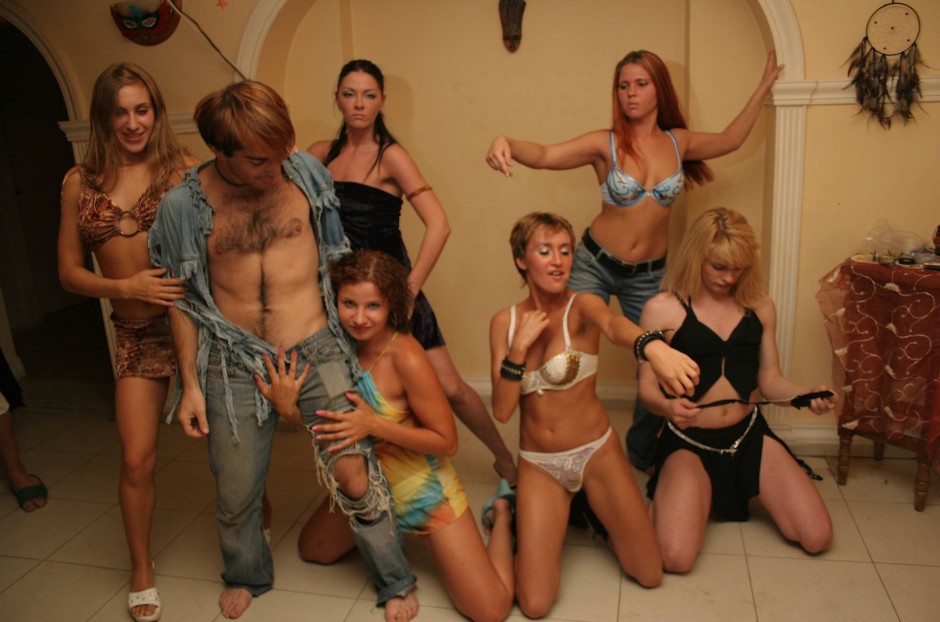 As the Czech Republic enjoys its freedom from Soviet restrictions, the sex industry has been on the upswing with private clubs that cater to couples who want to engage in group sex becoming more and more popular. About seven swingers clubs have opened in Prague since 2010, and Czech swingers say that the practice is not generally frowned upon (“not as problematic as if you say you are gay”), due to cultural openness and acceptance.
(via) 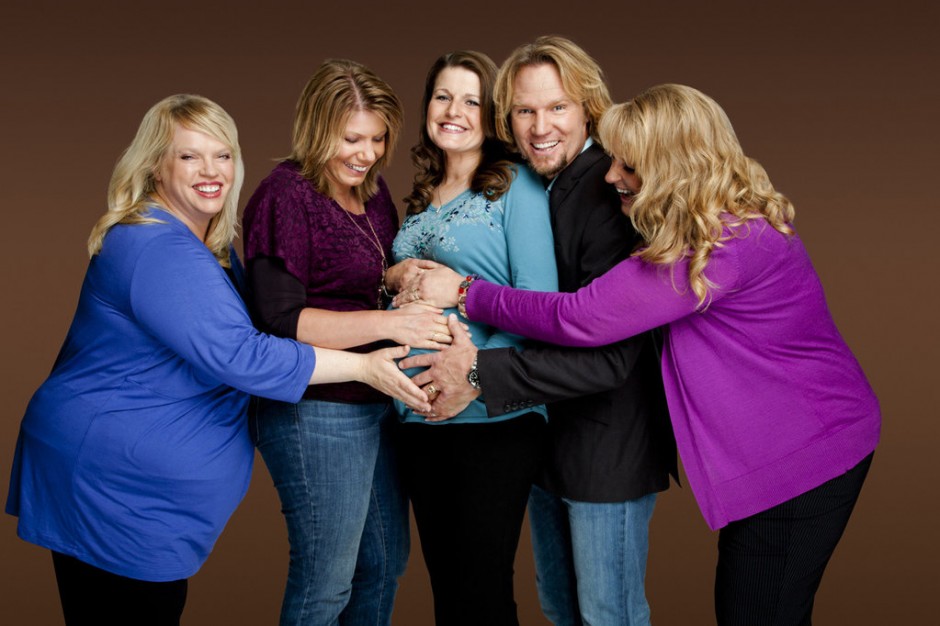 The TLC reality show “Sister Wives” (started in 2010) brought the most well-known of polygamists to the small screen: fundamentalist Mormon groups who believe the current Church of Latter-Day Saints was wrong to change their policy on multiple wives. The family of one husband, four wives, and 17 children has opened itself to prosecution by being on the show, as polygamy is illegal in Nevada, where they live.
(via) 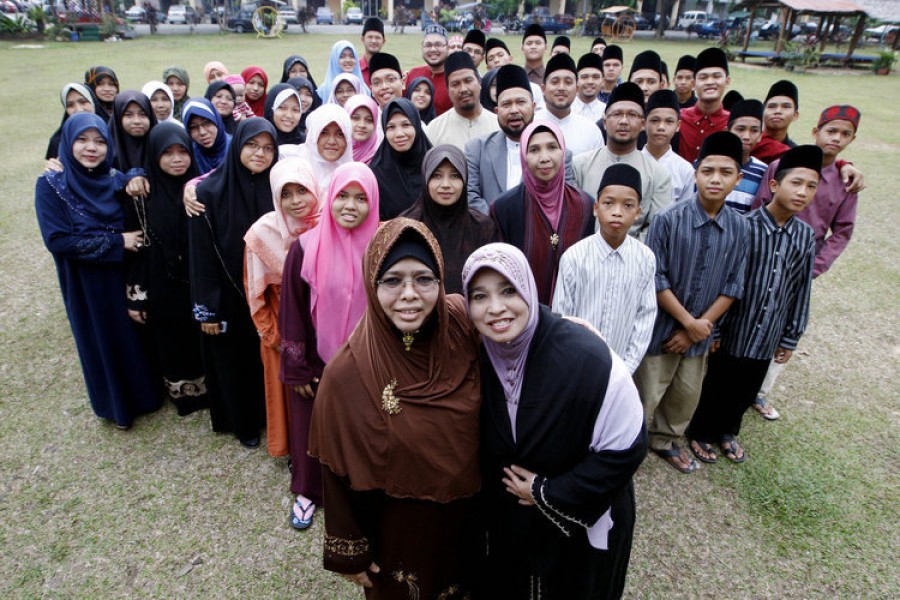 While Malaysia is predominantly Muslim, its traditional worldview means that polygamy, while legal, is not practiced. The Polygamy Club in Rawang is looking to help single or unmarriageable women find matrimony, and say they believe polygamy deters adultery. The club has 300 husbands and 700 wives; most husbands keep their wives in separate homes and rotate between them. There is a similar club in Jakarta, Indonesia, which claims to have over 1,000 members.
(via) 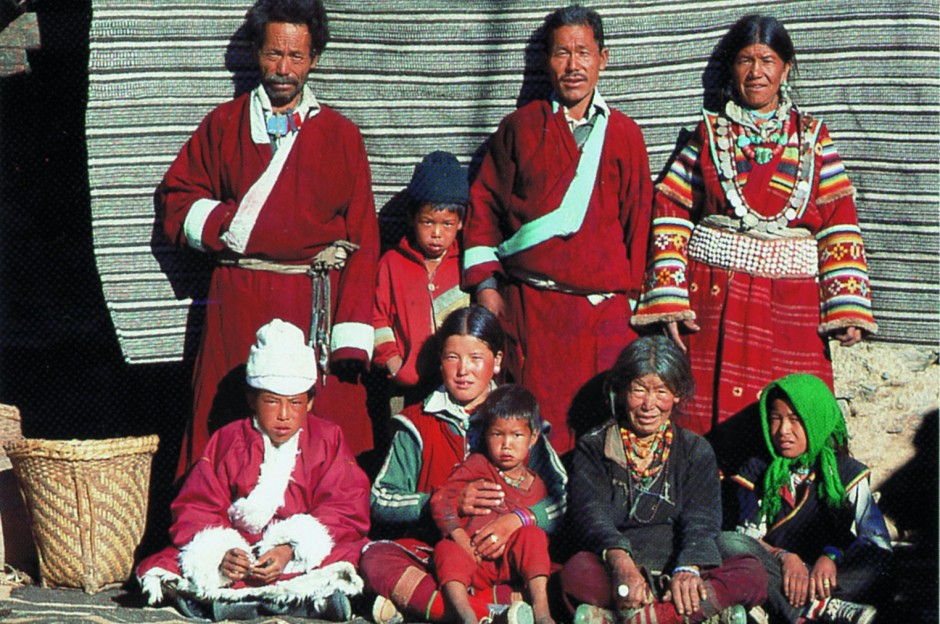 Fraternal polyandry, where a wife marries several brothers, was once very common in Nepal, where the rough landscape often requires more than one set of extra hands to cultivate. With increased influence from Hinduism and more job opportunities that do not depend on subsistence farming or trade, polyandry is starting to fade, although local farmers say that monogamous marriages are financially more difficult. In this photo, the seated young woman is 15: she holds her youngest husband (5). Another husband (12) is to the left, and standing directly behind her is her third husband (9). The two older standing men are brothers married to the same woman, standing to the right.
(via) 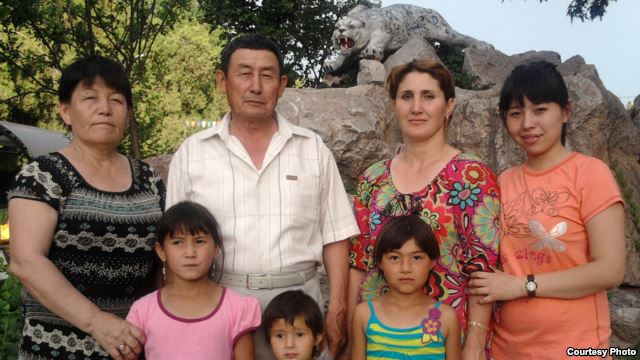 Polygamy is technically illegal in all of Central Asia, but has been decriminalized in Kazakhstan since 1998…and has been on the upswing, especially among wealthier residents. The term for a man’s first wife is a baibishe, and his second or younger wife is a tokal; many tokals cannot be married by the state, so go to mullahs to receive an Islamic marriage. Some female lawmakers argue that if polygamy is voted into law, the constitution of Kazakhstan stresses equality between men and women…so polyandrous marriages may become more common.
(via)

Polyamory in the West 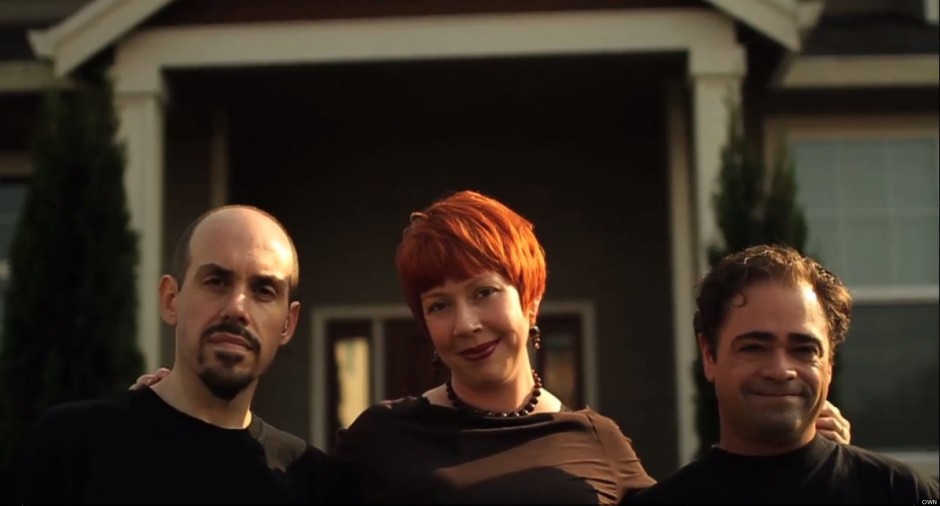 From “poly” (many) and “amor” (love), polyamory is the practice of simultaneously being in a committed relationship with more than one person. Unlike “polygamy,” polyamorists may or may not be married to all of their partners. Relationships are characterized by discussion and negotiation of boundaries. While polyamory as a term is more common in Western nations (North America, the UK), the concept of multiple loving partnerships is more globally spread.
(via) 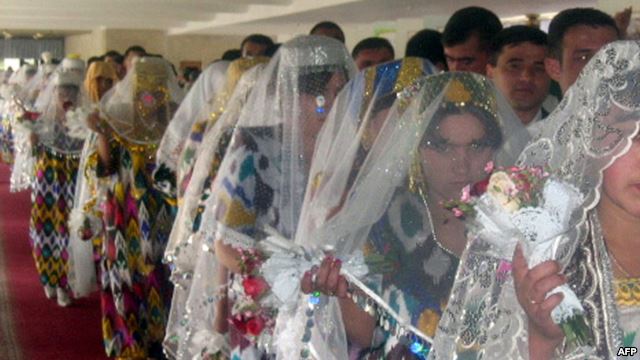 Traditional Islam has filled the void left in Kyrgyzstan after the Soviet collapse, and some Kyrgyz have embraced the religion whole-heartedly, including the very traditional concept of multiple wives. The region also has a frowned-upon but traditional custom of bride kidnapping and forced marriages, and recent efforts to make kidnappings illegal butted up against efforts to legalize polygamy. Muslim mullahs perform both polygamous and forced marriage ceremonies, neither of which are recognized as valid in civil court. Many government executives are unofficially polygamous.
(via) 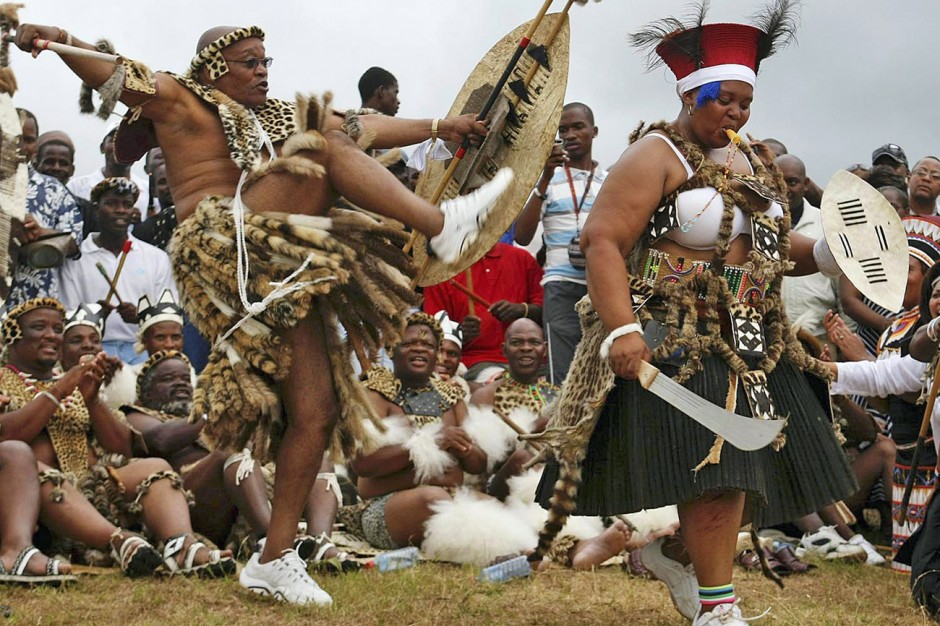 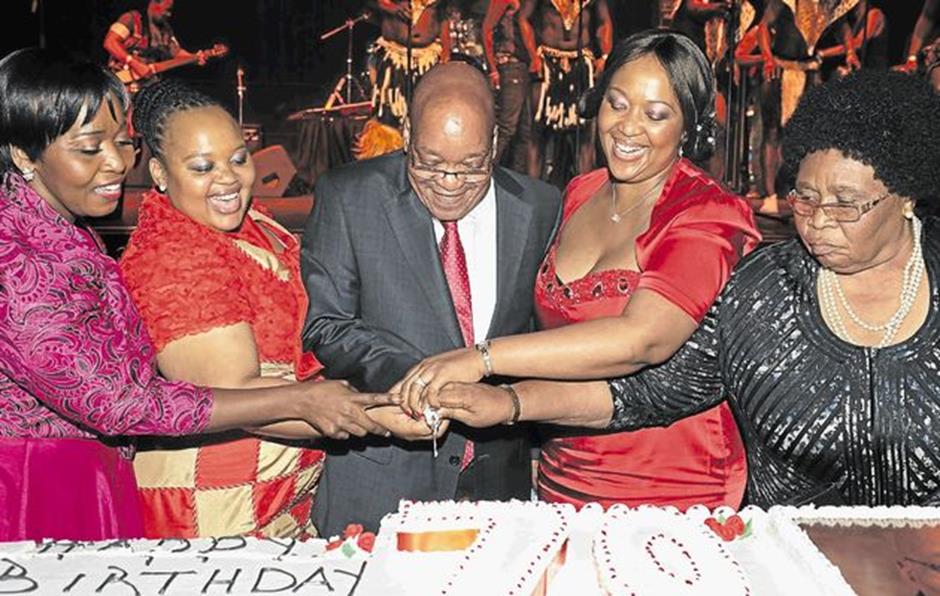 Polygamy is legally recognized in South Africa, although it is uncommon, and President Zuma has been married six times, although he currently only has four wives. In 2012, activists protested Zuma’s budget of 1.2 million pounds for spousal support, citing South Africa’s impoverished economy. Some opponents also say that Zuma’s multiple wives directly contradict the government’s “one girlfriend, one boyfriend” public-safety message, which is an attempt to reduce the spread of HIV.
(via, via) 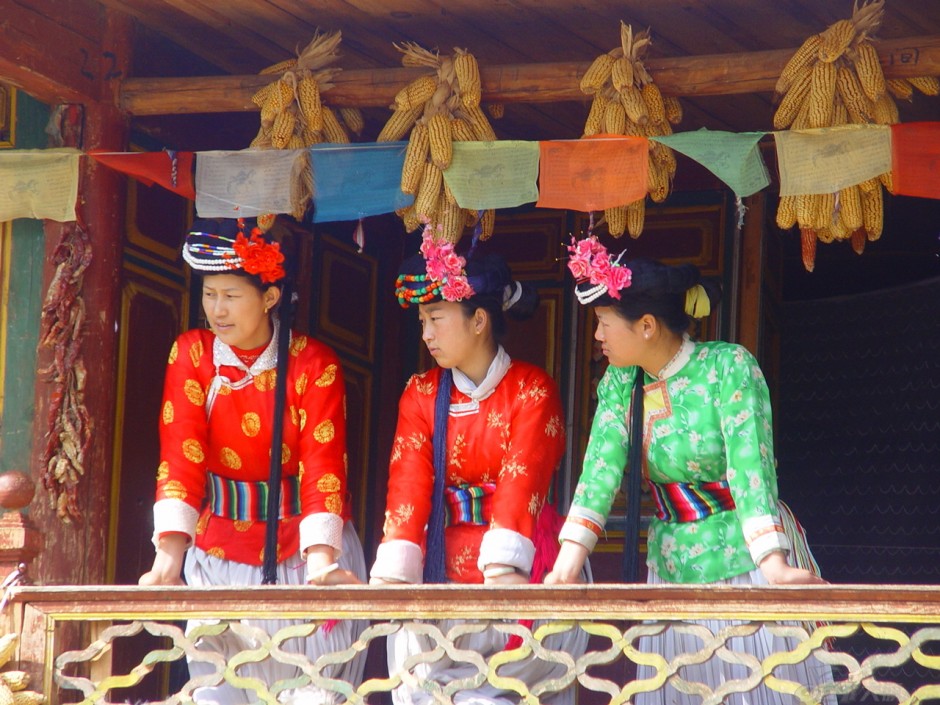 Zou hun or “walking marriage” is a common practice with the Mosuo ethnic group, in the Yunnan province of China. Instead of traditional marriages, the Mosuo indicate interest, and a woman may give a man permission to visit her after dark. While sexual activities may happen with many partners, couples do not usually live together even when their relationships become longer-term; women remain with their family. Rather than caring for their specific offspring, men share responsibility for any children born to women in their own family.
(via) 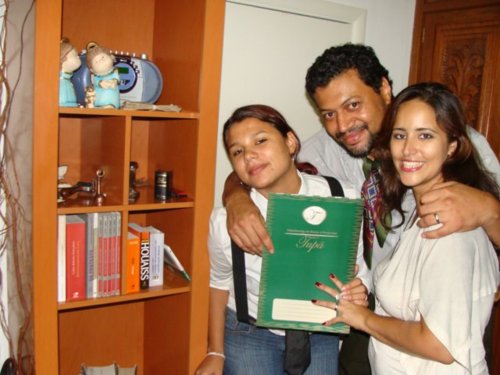 In early 2012, this triad (a group of three people who consider themselves to be in a committed relationship to each other) in Brazil were officially recognized by the state they live in as a partnership. This unprecedented legal recognition affords them the same rights as a couple living in a civil union, like same-sex couples (same-sex marriage is not legal in Brazil).
(via) 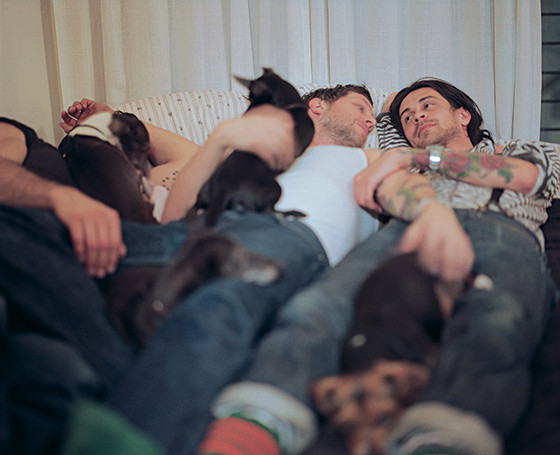 The threesome/triad who run CockyBoys, a gay pornography company, have been together since 2008 and own a house in upstate New York as well as apartments in Manhattan and four dogs. Each twosome in the “throuple” has a unique relationship, and while all three men consider themselves to be in a committed relationship, they do not all sleep in the same bed or share living space consistently.
(via) 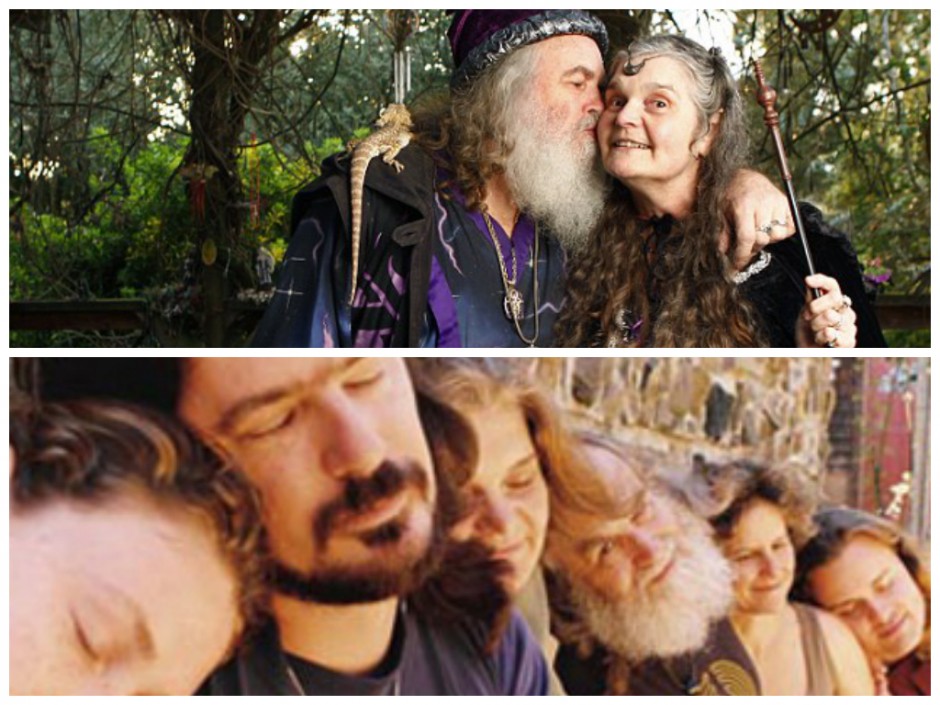 As founding members of the neopagan Church of All Worlds, the original Zell-Ravenheart couple (Oberon Zell and Morning Glory Ravenheart) coined the term “polyamory” and consider themselves married to four other people. The family ranges in age from 22 to 58 and lives in Sonoma in a communal space. Some members also have outside lovers, and not everyone in the group marriage shares sexual activity with everybody else.

(via)
Tagged
Galleries Couples
What did you think of this story?
Meh
Good
Awesome