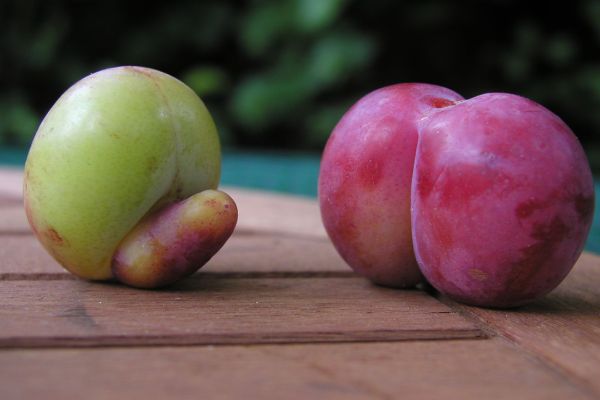 Feature photo: Sara G/Photo above: Podknox
February 14th is a great excuse to light candles if you’re taken or binge on chocolate and liquor if you’re single. This day for lovers might be largely commercialized, but Valentine’s Day isn’t something new.

Valentine’s Day actually goes back to ancient Rome martyrdom, and over the years, some quirky traditions have popped up. In the spirit of keeping some of those old ideas alive, here are a few side-by-side with how we do it in 2010.

There’s an old tradition that designates the 29th of February (Leap Year) as the only time when women should propose to men. In the 19th century, stationery companies in the US and Britain began making Valentine’s Day cards with the same idea: if a man received the card from a woman on the Valentine’s Day of a leap year, it served as a marriage proposal and he would be entitled to consider the arrangement.

While maybe a little extreme, there’s no reason for ladies not to take the lead and do something special for their partner. You could stick to the classic tried ideas, like cooking him a meal…wearing only the apron. Head out for a night on the town, just the two of you. Or you could do something totally outlandish like pour a bucket of green goo over your partner’s head and then popping the big question. Surprise! 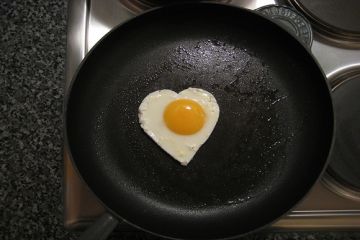 “Sorry, that’s a no.” -Photo by aubergene

According to Smithsonian, a French woman used to let her admirer know if she was interested or not by whatever she served him on Valentine’s Day: an egg dish meant “no,” an apple meant “yes.” Much better than the pepper spray and whistle tactic I tend to use.

Nowadays, try serving up some aphrodisiac food choices, like oysters loaded with progesterone-controlling zinc that apparently prevents impotency. Then there’s all the phallic-like or anatomically-suggestive fruit and veggies, such as bananas, carrots, and apparently…onions?

If you’re celebrating alone, go out to a dinner alone. Treat yourself to something delicious without having to cringe over the loud chewing noises of your partner.

Smithsonian offers another example from ancient Rome, about women putting their names in a box to be randomly selected by men. What the men did afterward is vague, but apparently they “paid particular attention to the young women whose name they drew.” Another account mentions how an equal number of men and women would write their names on ballots, roll them up, and draw for different partners.

In our modern age, we like to call this “swinging.” Instead of using a cute ballot system, however, we’re more inclined to start poking people on Facebook.

On February 14, 1929, two famous criminal gangs of Chicago, Al Capone’s South Side Italian gang and George Moran’s North Side Irish Gang, were involved in one of the most famous gang war murders in history. Basically, Capone tricked Moran and his men into showing up at a warehouse to buy bootlegged whiskey. A team of Capone’s men entered disguised as policemen, and gunned down six of Moran’s men (not Moran himself) plus a gang friend.

So there’s no real comparison for a modern Valentine’s Day Massacre, unless you’re single and the pink and red adornments, heart-shaped universe and unbelievably tacky television commercials feel like a physical assault. My advice? Be like the Romanians and celebrate friendship, chase a love interest around a hill until you catch them, pin them down, and give them a kiss. New friendship.

Do you have any Valentine’s Day traditions? Found any alternative ways to celebrate, or special places to cozy up?