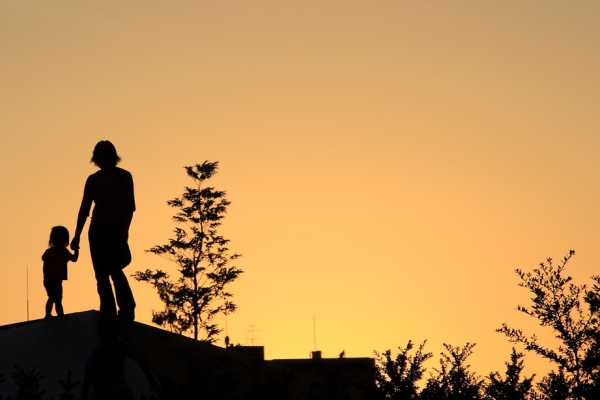 It strikes me as ironic that I was in the middle of writing a Matador Pregnancy and Childbirth Resource guide when I read Jennifer Senior’s “I Love My Children, I Hate My Life” New York Magazine article.

I’ve often wondered if we could tell our pre-child selves exactly what becoming a parent would mean — the sacrifices, the inhuman patience, the changes, the lack of sleep, the disappearance of late weekend brunches, the leash that binds you to your kids — how many of us would decide against procreation?

It’s not easy being a parent, but given the opportunity, would we want to return to pre-child life? I certainly wouldn’t. No, it’s not our children that make us unhappy. I’d argue that our children allow us to see the world more joyfully and with fewer pretenses. No, the source of our lugubriousness lies elsewhere.

Apparently, there are rules for parenting that baby books fail to mention:

You don’t take your child out for dinner past 8pm. Your child shouldn’t jump, shout, laugh or make any noise unless in a place specifically designated for children. Travel with children is impossible. Homeschooling is whacky, and at no time should your child ever touch another adult’s stuff.

Take for instance a recent discussion I had on You Be Mom, the counterpart parent group to the Urban Baby Jennifer Senior mentions in her article. One mom vented about another woman, a stranger, yelling at her to “keep her children in line” because her three-year-old son touched this woman’s handbag.

“She’s right. Your child shouldn’t be touching other people’s stuff,” the majority of other mothers scolded.

I chime in my two cents that kid are kids; they run around. An adult should be mature enough to understand that. 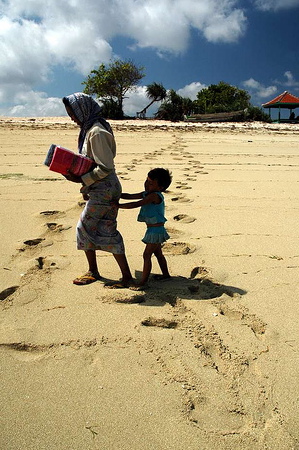 “You must be raising some really entitled brats,” I was told.

It’s what I call parenting by committee. We imagine everything that could potentially happen based on the needs of all the others on the committee, and then create rules based on those possibilities. Individual child and circumstance don’t matter.

Imagine, though, if the adult simply turns to the child and kindly but firmly requests “Please, don’t touch my bag.” It would have more effect on Lila than hearing my repeated orders of “Don’t touch strangers’ bags.” She’d also remember this lesson the next time she thought to rifle through another person’s belongings.

The Myth of Perfection

When Noah and I fight, the pitch rises and at some point he accuses me, “You think you’re perfect.”

But it’s not that I believe myself to be perfect, it’s that ideally I want everything to be perfect. Clean house, happy kid, work done, dog well trained, healthy meals, lots of free time and nothing out of order.

It would be nice. It’s never going to happen.

The sooner we embrace our imperfections and revel in the things that do go well, the more content we will be.

We’ve Lost the Ability to See the World As Children

“Did you see Babies?” asks Lois Nachamie, a couples counselor who for years has run parenting workshops and support groups on the Upper West Side. She’s referring to the recent documentary that compares the lives of four newborns—one in Japan, one in Namibia, one in Mongolia, and one in the United States (San Francisco).

“I don’t mean to idealize the lives of the Namibian women,” she says. “But it was hard not to notice how calm they were. They were beading their children’s ankles and decorating them with sienna, clearly enjoying just sitting and playing with them, and we’re here often thinking of all of this stuff as labor.”

Children handle the overwhelming influx of information differently. They ask a lot of questions, ignore some of it, fixate on other parts. They rarely worry about the future or past. That’s what allows Lila one minute to tell her friend Rosie she hates her and the next minute they’re best friends again. 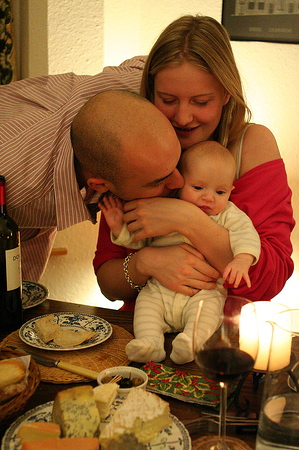 It’s one of the best things about being a parent, really, to have this little person forcing you over and over to be with them right then and there. Play with me.
Draw with me. What is that? Why is the flag so stretchy? What is the dog eating?

We Do Not Trust Ourselves

Last week, a boy at school told Lila that she’s not as pretty as Desiree. She was crushed.

Generally, the things that bother us most are the things which we ourselves already believe to be true, and are based squarely in our own already well-cultivated insecurities.

Tell me my child is an entitled brat? I’ll shrug my shoulders. Call me a blue jumping lily leaping frog, and I’ll think you’re crazy. I know none of these to be true.

Suggest to me that I spend too much time working and not enough time with Lila. That hits home.

I am a much happier person today than I was before Lila was born. I am more content and less anxious about every area of my life. Again, this has nothing to do with Lila and everything to do with myself and the way I see the world.

If I’m more worried about the contents of a stranger’s bag than myself and my child, I rely on that stranger’s approbation before I feel right in myself. If I care what another says about my house, clothes, weight, my child’s development or any other number of things, I place the onus of my happiness in their hands.

Even if a stranger manages to touch on an insecurity hot spot, we still have the ability to recognize the insecurity, address it and change it.

Why hand over that power?

We Give Up Our Own Responsibility

Just yesterday, Lila had a huge fight with Rosie, because she wanted to be the cat and Rosie was supposed to be the horse. Rosie doesn’t want to be a horse. Rosie hits Lila. This escalates into crying, and even when Rosie apologizes, Lila does not want to accept. “She doesn’t even mean it!” she screams, tears running down her face. 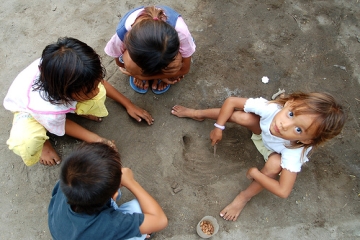 Lila’s feelings are hurt. She’s angry. She feels rejected, because her friend doesn’t want to give her what she wants. There is little Rosie can do to ease Lila’s pain. Now Lila must decide for herself to move past her emotions.

While this may seem a childish exchange, the pieces are merely variables. Lila’s experience working through interpersonal relationships mirrors the adult experience.

You decide for yourself. When is it so much more important to be the kitty instead of the horse that you’ll trade your own contentment?

The Parental Conundrum of Self Development

Having a child forces us to be more aware, more in the moment and less selfish, all things that make room for tremendous self growth. But having children also robs us of the time and energy we need in order to make the changes we’d like to improve our lives and outlook, so we find ourselves constantly off balance. Then, we worry it’s not OK to be off balance, because we’re disappointing others. In the meantime, we’re not nourishing ourselves.

So there we are, standing on one foot, juggling horses in one hand and kitties in the other, all the while wishing we could be doing it better, with more style; that we could be happier doing it. At what point do we stop, pat ourselves on the back and say, “Hey, look at me! It may not be pretty, but at least I’m doing it.”

While it is often difficult to accept that perhaps we are the cause of our own misery, isn’t it good to know that the power to turn it around lies firmly in our own hands?

What life lessons have you learned from parenting? Share your thoughts in the comments.

What did you think of this article?
Meh
Good
Awesome
Bookmark
Posted In
Parenting

9 tips for traveling with kids over the holidays

Want to raise a girl who travels? Show her Moana.

How 8 different cultures teach their children about money

How to raise a wild traveling toddler

8 family travel resolutions and how to keep them

Travel is the best gift you can give your child