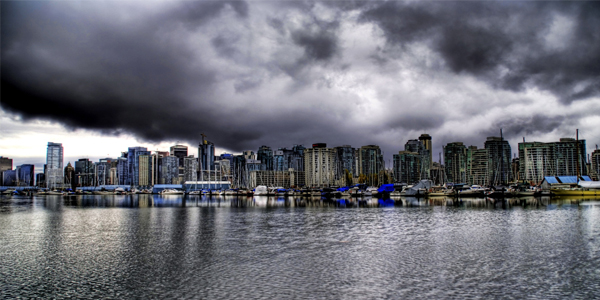 Feature photo by PoYang_博仰. Photo above by Stuck in Customs.

Just like the rest of the world, Vancouver hasn’t been spared by the economic crisis.

Vancouver, it seems, has a knack for incorporating the undesirable into the accepted norm of everyday life. There are months of rain, an out of control homeless situation, and an undeniably poor public transit system, but the city forever saves face with its stunning mountain views and seagulls at the quay.

It’s for this reason I felt that the effects of September’s economic tsunami would have less obvious signs of impact here.

This past September, Vancouver saw a 42% drop in home sales. That’s fundamental for any city, but it’s an especially bold underscoring of the end of an era in Vancouver.

Throughout the past five years, Vancouver housing prices have thundered on in anticipation of the upcoming 2010 Olympic Winter Games. Now, with the global economy in its current state, confidences waver.

Add to this the fact that the Olympic games are to cost taxpayers an estimated $2.5 billion in lieu of the original declaration of $600 million, and things begin to look as though Vancouver is facing its very own financial problems. 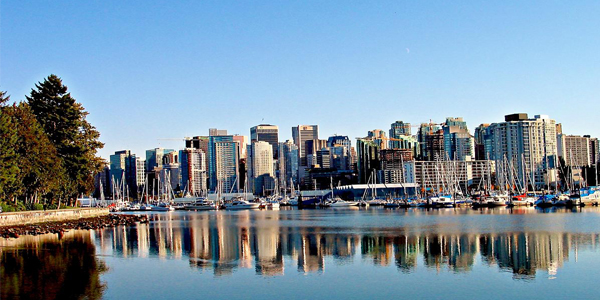 Still, there’s only one way to find out for certain. I decide to view the busiest district of Vancouver – its downtown – on foot looking for anything and everything. First it’s Robson Street, a lengthy strip of shops, buskers and restaurants.

This is Vancouver’s beauty belt, one in which Vancouverites and tourists alike have always poured great gobs of cash into.

Two blocks into my walk, for lease signs begin popping up in gutted storefront windows. By the time I’ve walked the length of Robson, no fewer than ten of these signs have created an ugly gap toothed grin along Vancouver’s favourite street.

Next I head to Gastown, Vancouver’s oldest neighbourhood. Here I really don’t see many signs of a city facing an economic crisis. The tourist shops are still crammed with tacky souvenirs. Japanese and Korean tourists hurry by, shopping bags in hand, cameras hanging faithfully from their necks.

I follow them to the steam clock where other tourists are poised with their cameras for the famous whistle that takes place quarter hourly. Standing there amongst this eager crowd, I can’t help but feel a renewed confidence. I head off with the sounds of the steam clock’s tune behind me. 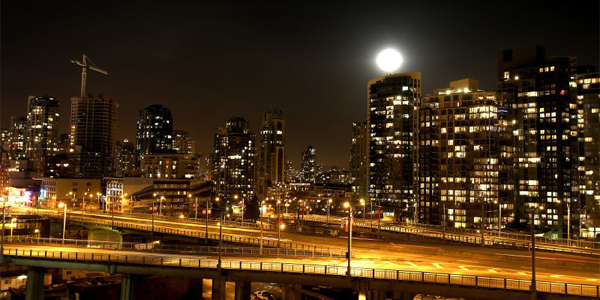 Onward into Yaletown, a converted old warehouse district that now houses high-end condos, shops and restaurants. This is Vancouver’s denizen of comfort and financial security: Ugg-booted, yoga pant wearing moms push tandem strollers, gabbing on their mobile phones as they glide by.

The sounds of construction seem to be everywhere – a direct contradiction to the ten for lease signs I count in a matter of blocks.

Things go from bad to worse when I spot the Vancouver Condo Centre building, its windows plastered with for lease signs. I walk on, stopping at the corner where construction of a luxury apartment complex looks to be all but stalled.

The sign at the base of the lot proclaims the complex to be “Yaletown’s Last Opportunity”. I wonder if this “last opportunity” actually rests more firmly with the seller than any prospective buyers.

It’s getting late and the daylight begins to drain away. I decide to head for home. My mind buzzes with unanswered questions as I walk: are we suffering? Or is it business as usual in Vancouver? Are things just slow or are they slowly grinding to a halt?

I pass a homeless man, his arms raised in exaltation to the sky, mumbling frantically to himself. Whatever he knows, he’s certainly not telling. 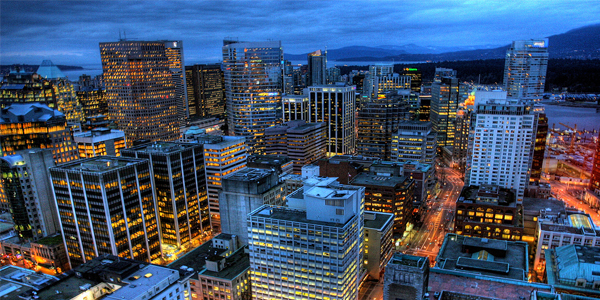 Vancouver’s lips are sealed, forever doing its best to save face. I continue on, passing a hipster guy sporting an Obama shirt that declares, “Black is the New President.”

It’s been less than 24-hours since the first black president in the history of the United States was elected and already there is evidence of his presence here. I consider this: maybe it isn’t all a matter of hiding the bad with the good.

Maybe Vancouver knows that the bad is fleeting and that the good, no matter how premature, deserves our immediate attention. Maybe Vancouver understands a thing or two about the importance of hope, chiefly that in ways both metaphorical and literal the sun will come out sooner or later, and dry up all the rain.

With this in mind, my eyes drift toward the mountains on the horizon. The seagulls are busy squawking and circling the bay. All we can do is hope, but just between you and me, I think there’s a sea change coming.

NYC restaurants will soon be able to add a 10 percent COVID-19 surcharge to checks
France is opening three underwater sculpture parks this fall
A national park in Thailand is mailing litter back to disrespectful campers
The world missed its 2020 biodiversity targets, UN report shows
Hawaii was just named the happiest state in the US in 2020