Donald Trump has been sworn the 45th President of the United States a few days ago and the fate of hundreds of thousands of young aspiring Americans who have been given the opportunity to pursue their education and contribute to our nation’s workforce through an immigration program known as DACA is still uncertain.

Launched by President Barack Obama in 2012, DACA — Deferred Action for Childhood Arrivals — has temporarily shielded nearly a million young immigrants from deportation and provided them an opportunity to work, study, and give back to the only country most of them call home. Put simply, DACA has been a resounding success economically, educationally, and socially.

Donald Trump ran for President as one of the most toxic and divisive candidates in our country’s history. He began his campaign by slandering Mexicans as rapists and criminals and called for mass deportation of all undocumented immigrants regardless of how long they’ve been here and regardless of whether their families would be uprooted and destroyed.

But Donald Trump didn’t stop there. He peppered his vicious campaign rhetoric with a call for a ban on all Muslims seeking to enter the U.S., bigoted attacks on a federal judge of Mexican ancestry, and repeated verbal assaults on Gold Star parents of a fallen Muslim American soldier.

Trump promised his supporters he’d begin implementing his anti-immigrant vision for America on day one of his administration — including scrapping DACA.

In the days and weeks since the election Trump, perhaps in response to the bipartisan pushback against deporting DREAMERs, made a vague promise to “work something out” for DACA immigrants. But he was not specific. We still have no idea what he’ll actually do.

It would be naive to believe that Donald Trump would back off his anti-immigrant positions . So the president’s threats have forced me to take every precaution against his imminent mass-deportation policies.

If you are an ally, a friend, or a decent human being who understands that immigrants and refugees work hard, play by the rules and are proud aspiring Americans, then read this guide. I wrote it for the day that you witness the deportation of one of the eleven million undocumented immigrants in the United States.

First, show the world what my deportation looks like. 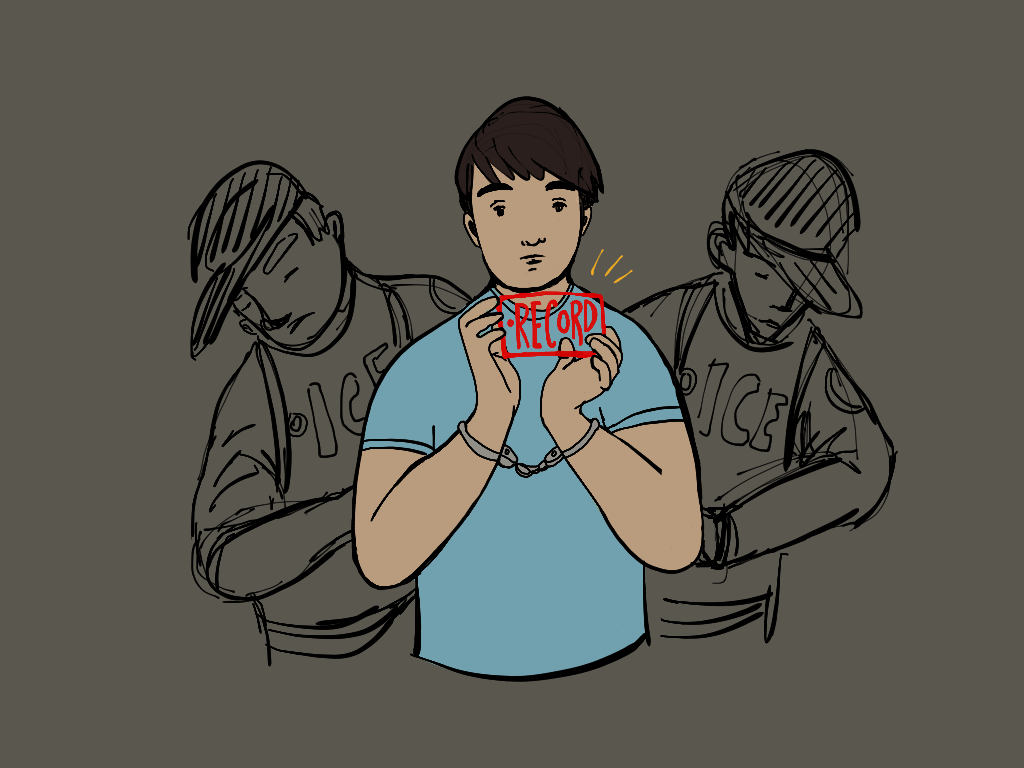 I became politically active following my high school graduation in 2007. I discovered that I would not be able to obtain in-state tuition or any form of scholarship due to my immigration status. At the time I was scared of sharing my story publicly. But I knew that the only way to defend and advocate for myself and other immigrants was to speak up.

I shed my fears in 2009. That is when I decided to share my immigration story across digital platforms like Facebook and Twitter; to highlight the plight of undocumented immigrants like myself. I was fearless and determined. I aggressively advocated for immigrant rights with the firm belief that good and decent Americans across the country would fight my deportation if they heard my story; if they met and knew me as a person.

Now in 2017, I am ready for the worst – including an attempt by federal immigration enforcement agents to take me away from my home in the United States.

My hope is that you, as a friend, advocate, or reader, will use online broadcasting tools like Facebook LIVE to show your friends, families, and community what Donald Trump’s mass deportation machine looks like.

True, recording a deportation will be uncomfortable, difficult, and terrifying. Yet, if we are to resist Donald Trump’s deportation force, then the world must witness his draconian immigration enforcement tactics firsthand.

Using your phone, tablet, or computer to record ICE attempting to deport hard-working immigrants in your community will help expose the ugly reality of deportation. It will show, first hand, how far Donald Trump is willing to go to rip apart immigrant families. Check out the step-by-step guide below to learn how to use Facebook LIVE to fight against deportations.

How to use Facebook LIVE to document and expose Donald Trump’s mass deportation tactics in your community. #immigration #resist pic.twitter.com/WJFeGFSsJZ

Second, if I am arrested by federal immigration agents contact my friends, family, and attorney as soon as possible. 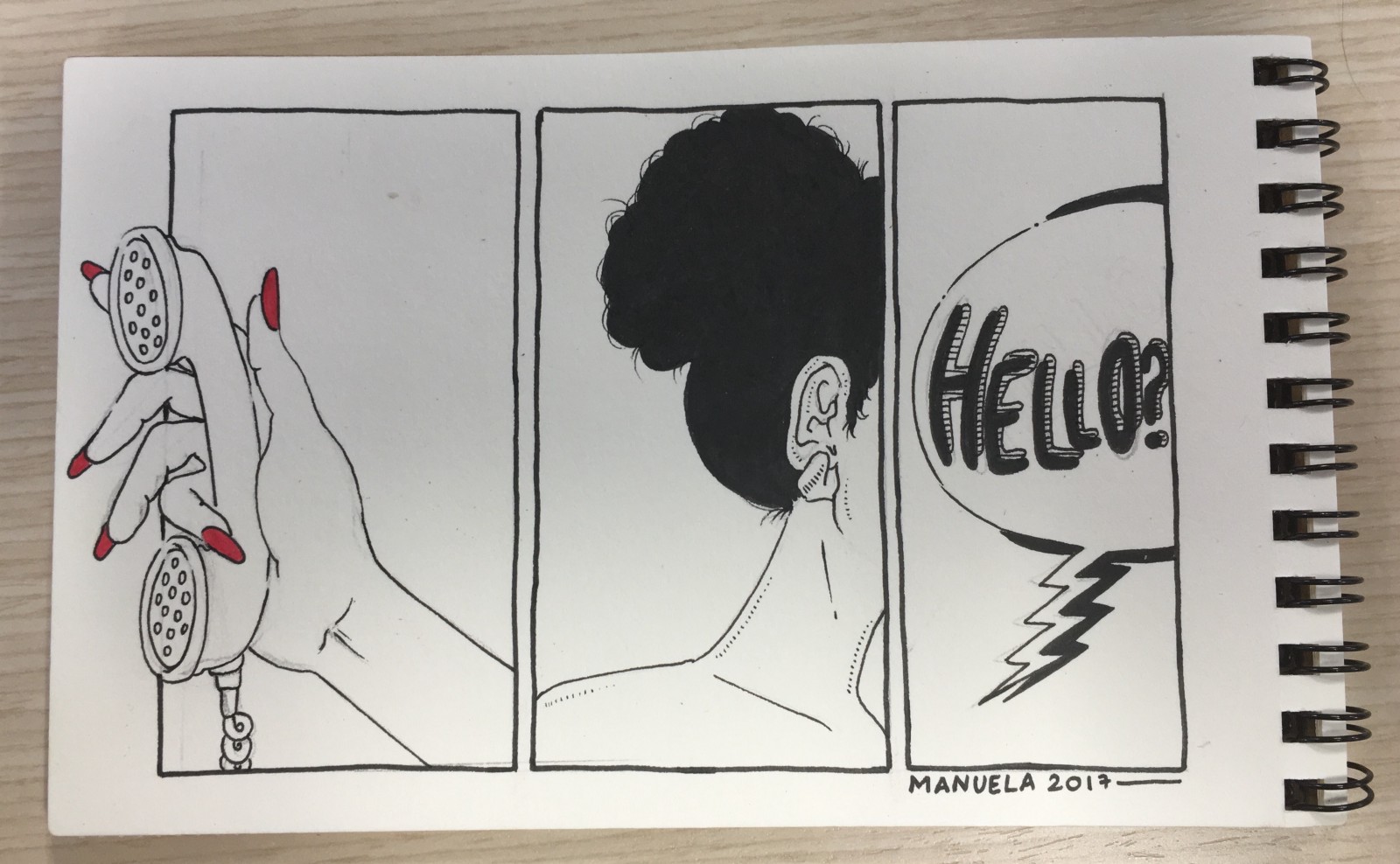 Commit to having these tough conversations with your friends and family members who are undocumented. (Art by Manuela Karim | @guavavenezolana)

You can help stop my deportation by immediately notifying my friends, family, and attorney of what has happened.

Whether you have witnessed my deportation, or have heard of it, you should get ahold of those closest to me, tell them what you saw and find out what actions are going to be taken to prevent my removal from the country.

How do you do that? It’s easy. The next time we meet ask me about who you should contact if I get arrested by immigration agents, what steps you should take, and what you should do to fight my deportation.

As David Leopold, former president of the American Immigration Lawyers Association, shared with me recently:

For the next four years the protection of immigrants’ rights will fall to communities, neighborhoods, families and individuals. It will be incumbent upon all of us to personally stand up for and defend the rights of all Americans, documented and undocumented alike.

Your voice, telephone calls, and advocacy will be crucial to ensure that immigrants like are protected from Donald Trump’s mean-spirited anti-immigrant agenda. That’s why I ask you to commit to having these tough conversations with your friends and family members who are undocumented.

It’s critical that you have a plan to respond to Trump’s deportation force.

A reminder of the impact picking up the phone ☎️ & calling 📞 your Senator/Representative has —>https://t.co/6kaOSMAJGJ

Third, If I am deported then I hope you will take my place and advocate for immigrants and refugees. 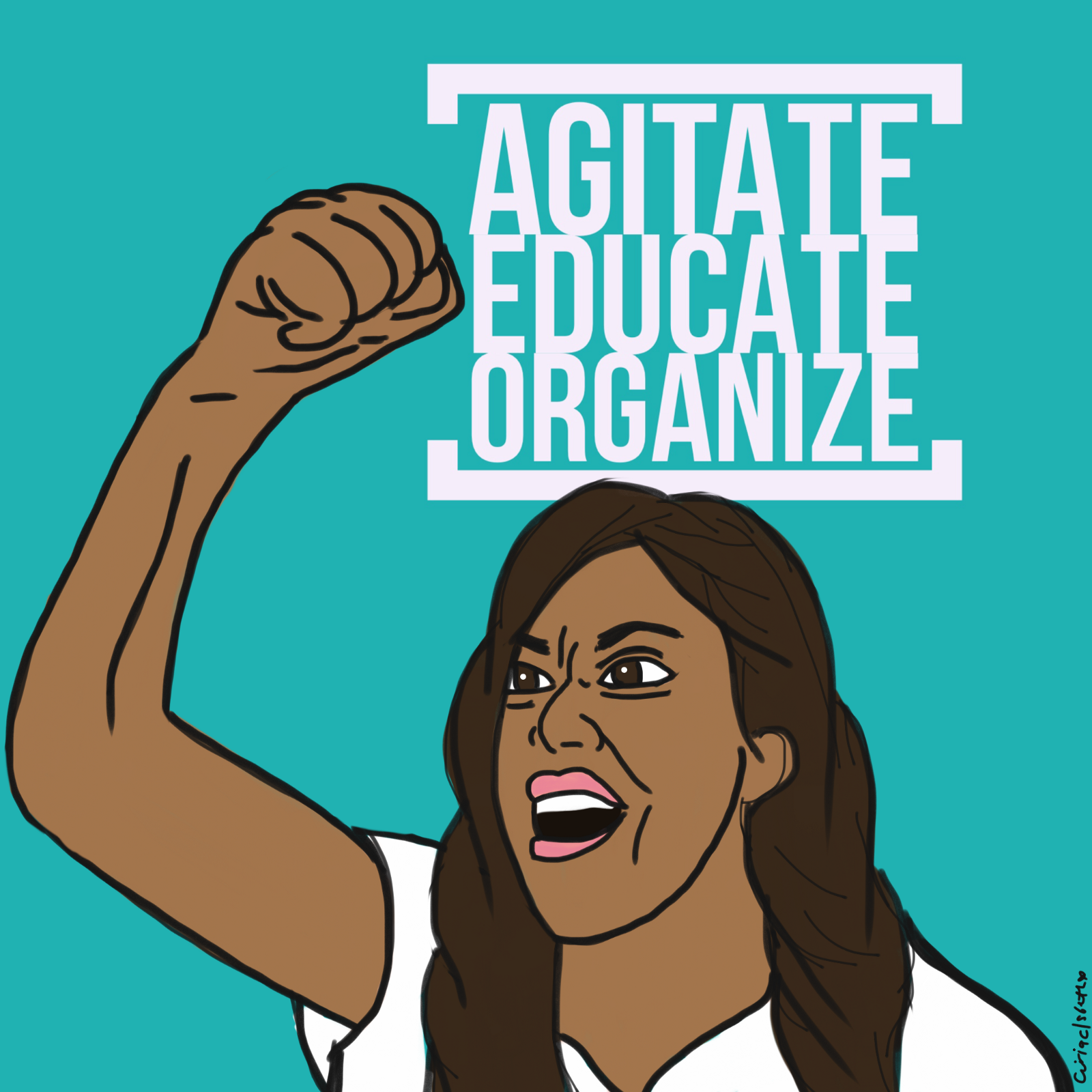 Local organizing is how we resist and defend our communities from Donald Trump’s dark vision of America. (Art by Ciriac Alvarez | @ciriacisbeth)

In the end it comes down to each one of us. The fight against Donald Trump’s anti-immigrant policies depends on our communities.

Right now, anti-immigrant restrictionists across the country feel empowered by Donald Trump’s victory last November. They think that they can simply destroy all the progress we’ve made toward immigration reform over the past decade, which is why we must prove them wrong.

State and local organizations that work on immigration and refugee-related issues will need new, strong, and determined voices to help defend the values of diversity and inclusion that we all cherish.

Your advocacy for immigrants and refugees is needed in your communities now more than ever. That means calling your elected officials at all levels of government to voice concerns and advocate for pro-migrant policies and legislation at all levels of government. Understand, Donald Trump’s anti-immigrant attack won’t just come from the White House or Congress – it will come from the local government institutions that some of us often take for granted.

So please take the time to get to know not only your U.S. Representatives and Senators; but your state legislators and city council members, as they will be the officials you lobby directly throughout the next four years.

Also, check out a list of state and local immigration advocacy organizations via United We Dream and Reform Immigration for America.

You can’t commit time to another organization? No problem. Then please consider donating money to the organizations listed above and become familiar with pro-migrant petitions that are published on platforms like MoveOn.org.

This is how we resist and defend our communities from Donald Trump’s dark vision of America; by becoming active and taking action every single time injustice presents itself. Speak to your local elected officials, attend their town hall meetings, get involved in a local advocacy organizations, sign petitions, make phone calls, and go door to door.

If Donald Trump is successful in deporting my family and me, then it will be up to you to continue my work on behalf of immigrants all across the country. It won’t be easy; immigration advocacy is certainly complex and difficult. But it is one of the most rewarding and profound causes you could ever become a part of.

That I can promise you.

When we fight, we win. So it’s time to keep on fighting. Adelante!

This is my emergency plan in case Donald Trump decides to deport me, my family, or any of the eleven million undocumented immigrants across the country.

Please commit yourself to becoming informed on immigration issues, asking hard questions, and learning how to fight back against anti-immigrant legislation and deportations. Knowledge is power — and you can learn about cutting edge immigration issues and how they affect our nation from well-respected organizations like the American Immigration Council and The Center for American Progress. Our communities are going to need all of the help they can get.

I am not sure what my future looks like in this country. All I can tell you with certainty is that I will keep fighting for immigrants’ rights and against injustice everywhere. And I’ll fight until the moment Donald Trump forcibly removes me from this country.

If you take away one thing from this post, then please let it be that deportations don’t just hurt immigrants and their families. They hurt our communities and our nation.

Immigrant families are American families; there is no question about that. That is why I choose to do this work, and hopefully the reason that encourages you to join me in this epic struggle.

This story originally appeared on Medium and is republished here with permission.

Tagged
Activism Narrative United States
What did you think of this story?
Meh
Good
Awesome