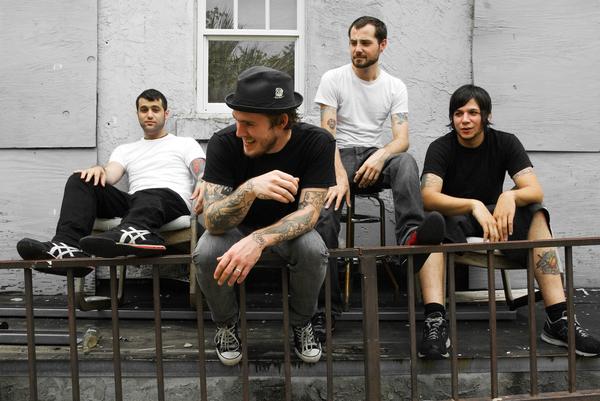 The Gaslight Anthem’s album is a fivespot on Amazon.com.

Amazon’s digital music downloads don’t come with anything to protect filesharing. So why are record labels selling their albums here cheaper than on iTunes?

The #1 selling album on Amazon’s digital store right now is the soundtrack to a little-seen film (Away We Go ), by a too-seldom heard artist (Alexi Murdoch). So why’s it selling? At $6.99*, it’s a cheap investment for an album that currently holds a 4 ½ star rating.

Amazon seems to be working hard to get the price down on titles. This is encouraging for those of us who still like to purchase music but find a price point one penny shy of ten bucks to be ridiculous.

The disparity between pricing with iTunes is puzzling. Jay Z’s The Blueprint 3 is currently $5.00 on Amazon and $9.99 at iTunes. Same price difference for Tim McGraw, Flight Of The Conchords and Grizzly Bear.

On top of their low-price model, Amazon has been rolling out plenty of free albums over the past few months. Most of the titles are garbage, but it’s a dizzying selection of garbage nonetheless, with 144 titles at last count.

If you’re going to low-dough album, I’d suggest The Gaslight Anthem’s The ’59 Sound . Currently one of the best live acts in the world, they’re about to enter the studio to record what music-folks are whispering could be the album of 2010. At five bucks, this one’s a steal.

*This title was $1.99 when we first posted the article but jumped shortly thereafter.