Brooklyn makes a move with its own spirited festival, from June 11-14

The Northside Festival will celebrate four days of art and music in Brooklyn, starting June 11th. It’s exactly the kind of festival that Brooklyn’rs have talked about for years but have been a too busy to take beyond the brainstorming process, due to all of the waiting for the damned F train.

The schedule is hot shit. It invades big joints (The Hold Steady @ Music Hall Of Williamsburg) and many smaller, cultish rooms (Henry Wolfe @ Coco 66). Much like South By Southwest or CMJ, rooms have been taken over by hipster imprints, zines and radio stations. The talent that comes as a result is on the edge of something – we won’t know of what until next year, or until some blogger gives it a cutesy name.

Northside has also taken care to include the best of Brooklyn’s blowing-up art scene. As with anything in the borough, tastes about what is ‘art’ and what is not will differ. 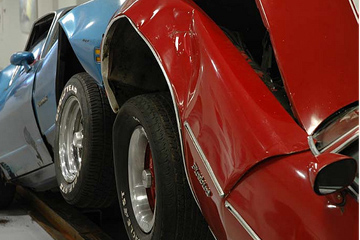 Like, for example, Jonathan Schipper‘s “The Slow Inevitable Death of American Muscle”, described as a “live, head-on collision which takes place in slow motion over the course of the exhibition.”

Be sure to check out Northside’s schedule for a full list of shows and events.

What did you think of this article?
Meh
Good
Awesome
Bookmark
Posted In
Events + Festivals
Destinations
Brooklyn, NY, United States

12 thoughts you have immediately after leaving Brooklyn

On the geography of beards and other dogma

10 things that will happen to you after moving to Brooklyn

10 dates people from Brooklyn go on

The gentrification of Brooklyn, in 3 holiday parties

7 uncomfortable truths about living in Brooklyn

You know you are in Park Slope, Brooklyn when…

How to inflate a Brooklynite’s ego

How to piss off a Brooklyn native

30 questions Brooklynites are sick of hearing

Major events around the world canceled due to the coronavirus

The 7 best places to celebrate Holi outside of India