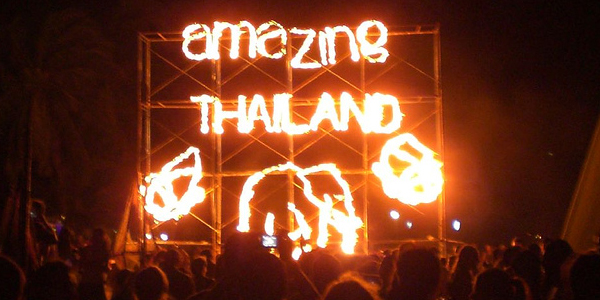 From its shadowy origins to tips on raging there today, here’s everything you need to know about Thailand’s Full Moon Raves.

It’s sunrise. In fact, it’s my third sunrise this week. All around me, music blasts as hundreds of people dance and drink on the beach. Buckets and beers cover the sand and passed out people are checked on by the occasional passerby. I look around. Tonight was a lot of fun. Full moon raves always are.

What is the Full Moon Rave?

The origins aren’t fully known, but legend has it that in 1987 a group of young backpackers celebrated the birthday of a friend under a full moon in Thailand. They had so much fun they came back the following year and then the following month.

Word got out and more people came. Enterprising Thais saw an opportunity and hyped the party, bringing more people.

At first it was like a house party on the beach–a few hippies and backpackers playing guitars. The 90s brought the rave scene and all the drugs that went with it.

By 2000, Thailand was on the map and hordes of young people inspired by the movie The Beach were flocking to Ko Pha Ngan. The Full Moon Rave was in full swing. 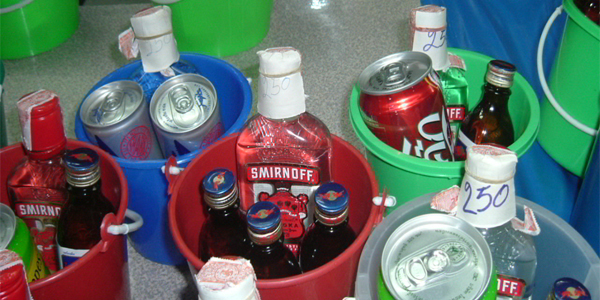 What to Expect Now?

The Full Moon Rave has turned into a giant party with a lot of drinking, dancing, drugs, and sex. Each bar has its own sound system, so you’ll hear different music every few feet.

The beach is lined with people selling alcohol, fire dancers put on shows. Little booths are also set up selling glow-in-the-dark face paint as kids run up and down the beach selling trinkets and glowsticks.

The full moon of every month. High season parties see about 20,000-30,000 people, with the full moon around New Year seeing the most. It you miss it, there’s always the half moon party, quarter moon party, and black moon party. Really, every day is a party here. 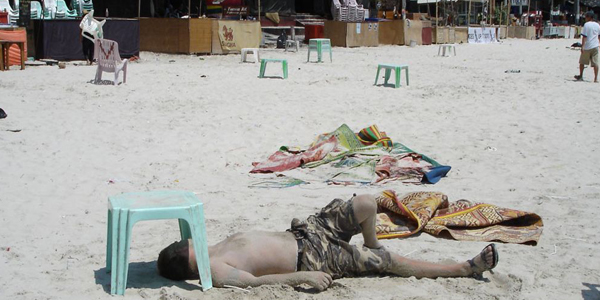 There’s accommodation all over the island, but you’ll want to stay in Haad Rin so you can be close to the action. Bungalows start at about 300 baht and go up from there. Bungalows on the beach, despite what Lonely Planet says, are at least 1,000 baht a night.

If you want any chance at cheap accommodation, get here at least three days in advance. The closer you get to the party, the higher the prices are and the harder it is to find a room. Get here that day and you’ll need a miracle to find accommodation, especially if it’s during the high season.

How Do I Get There?

There’s no airport on the island, so everyone comes via ferry. You can arrive via the Surat Thani, on the mainland, or from its bigger neighbor, Ko Samui. From Surat Thani, roundtrip tickets cost about 600 baht and drop you off at Thong Sala.

From Samui, tickets cost about 400 baht and leave from Big Buddha Pier or Maenam beach. The Samui ferry will drop you off at the main dock of Thong Sala or at Haad Rin depending on time of day. During the full moon rave, boats go from Samui to Haad Rin every hour. 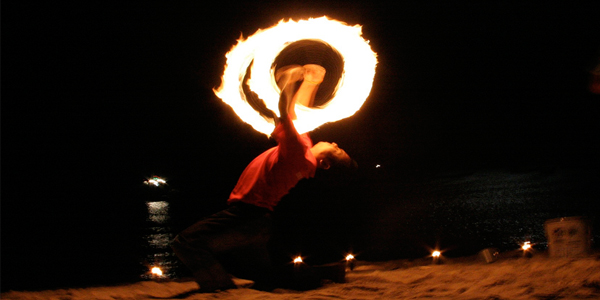 Here’s a sample budget for a full moon rave in Haad Rin:

Drugs: There are a lot of drugs here, especially during the full moon. All drugs are illegal in Thailand and possession is punishable with time in the worst prison or death.

Undercover police will try to sell you drugs only to arrest you. Locals will rat you out for a reward. You could probably avoid jail by paying a hefty “penalty.” Simply put, doing drugs here is stupid. The risk is not worth the reward. Ever see Brokedown Palace? They weren’t making that stuff up.

Buckets: Buckets are little sand pails filled with one pint Thai whiskey, one Red Bull, and one Coke. They’re deadly! One, two, three, passed out on the beach! If you want to make it to sunrise, don’t start drinking buckets before midnight.

(Note: The Red Bull in Asia is a kind of ephedra. This substance is like speed and you’ll be flying high after one of them. It also negates the effect of the alcohol quickly, keeping you from feeling drunk. Be careful and watch your consumption of both liquids.) 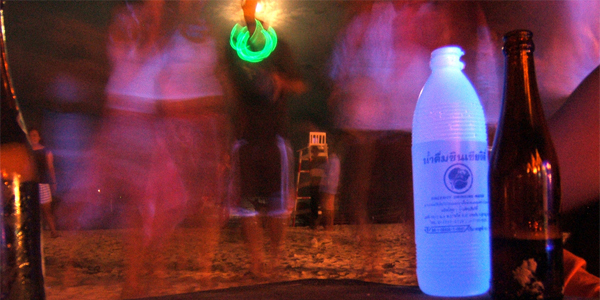 Pre-hydrate: You are going to be drinking a lot and, even though it is night, the weather is still hot and humid. Drink a lot of water!

Avoid the ocean: It may seem like a good idea to play in the ocean, but it’s not. Not only do you risk drowning, but everyone uses the ocean as a personal toilet. There’s a reason why the water is warm, and it’s not because you are in Thailand. Stay sanitary and don’t go in.

Wear footwear: Partying on the beach without footwear may seem like a good idea but as the night goes on, broken beer bottles and other sharp objects litter the beach. Avoid a foot injury and just wear something on your feet!

Bring enough money for drinks and a copy of your passport in case of an emergency. You don’t need anything else.

Protect your belongings: Theft is ripe during full moon raves. Bring as little as possible. You’ll be drinking so much, chances are you could lose something. Bring enough money for drinks and a copy of your passport in case of an emergency. You don’t need anything else.

Plenty of Matador members have partied hard in Thailand, but they’ve also enjoyed other experiences as well. Check out 18 year old Rigo Lara’s article about his first trip abroad or Ian MacKenzie’s profile of Sean Aiken, who made his experience SCUBA diving in Thailand.

Tagged
Travel Thailand
What did you think of this story?
Meh
Good
Awesome

On getting my bush waxed in various places around the world