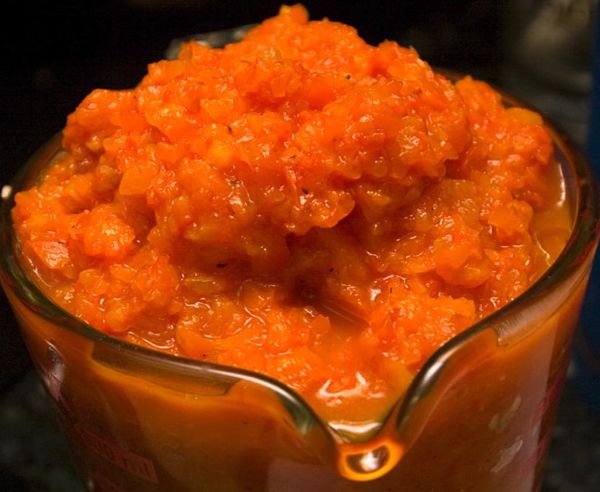 Ajvar is a mushy relish that is very popular in The Balkans. It is principally comprised of red bell peppers, eggplant (aubergine), garlic and chili pepper. The main ingredients are both baked and stewed, which makes creating Ajvar quite a laborious and time-consuming process. 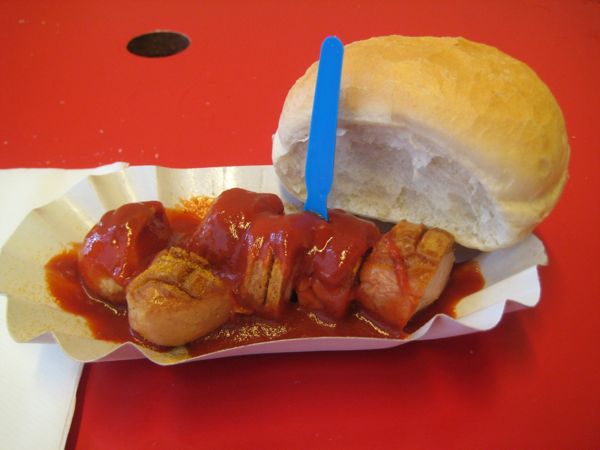 This is the most important ingredient in one of the most popular and delicious fast foods in Germany – currywurst. While you can buy it bottled at most stores in Germany, it’s pretty simple to make this famous wurst topping, which consists of ketchup dosed with curry powder and paprika. 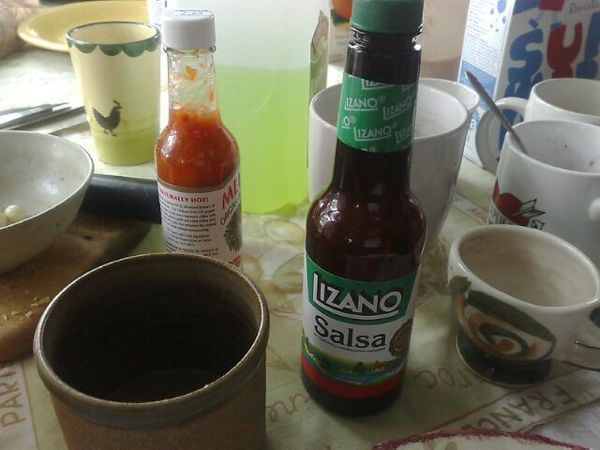 A staple of all Costa Rican kitchens, Lizano is a slightly sweet condiment that packs a spicy punch, given the inclusion of turmeric, pepper and mustard. It would also appear to be quite addictive – threads of foodie message boards are filled with desperate cooks looking for a place to find a bottle in their country. 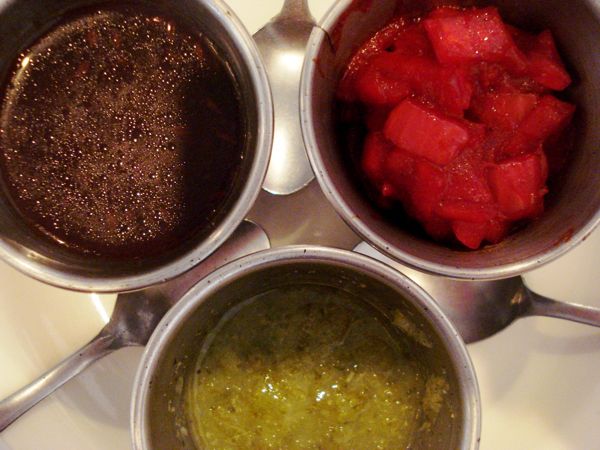 Types of chutney are as varied as are the regions in India that they originate from. Among the more popular are mango, tamarind and peanunt/red chili. Other concoctions can include ingredients like beetroot, shrimp, curry leaf and eggplant. 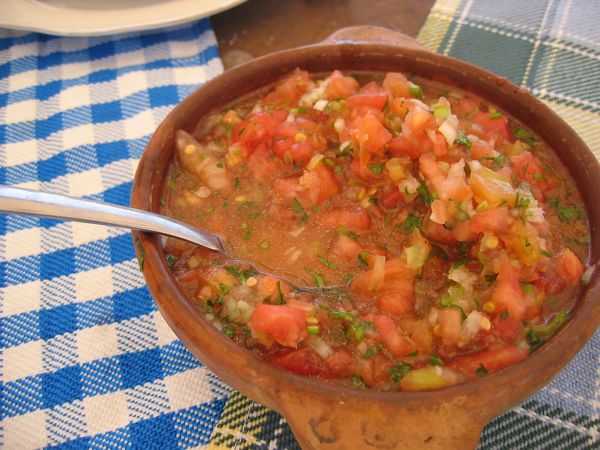 Still a bit of a traveler’s secret, eyes go glassy when this Chilean condiment is discussed. The recipe says it all – coriander, chopped onion, olive oil, garlic and ground or pureed spicy aji peppers. It’s most usually piled on top of barbequed meat and often served with bread. 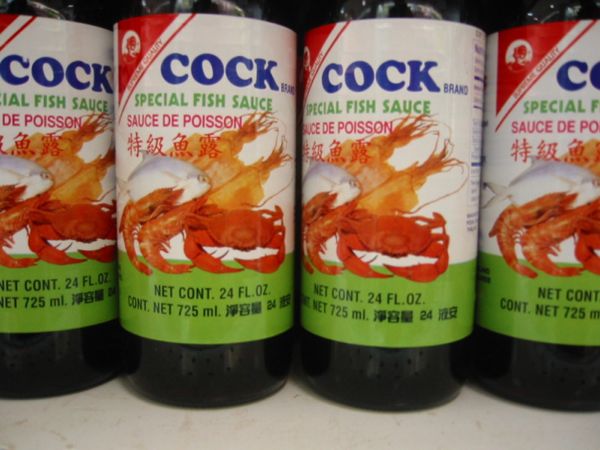 The gaggiest of all condiments, fish sauce is a staple in many Southeast Asian dishes, such as Cambodia’s delicious Amok. Disgusting a smell as it may be, it somehow becomes a magic ingredient when used in the right combinations.

When I have a bad day at work, I just imagine what it would be like to work in a place that makes this stuff, which is largely comprised of fermented anchovies or sardines. 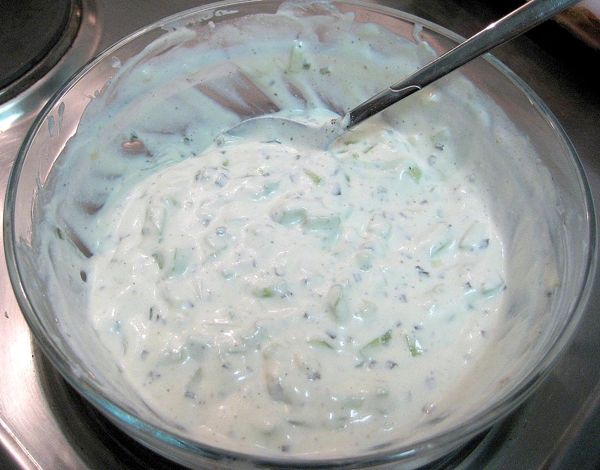 Most often used on gyros, Tzatziki is a condiment (arguably a dip) that combines puréed cucumber and strained yoghurt with garlic, salt, olive oil & pepper. The whole thing looks a bit like what oozes out of a zombie’s brain after it has been cracked with an axe. 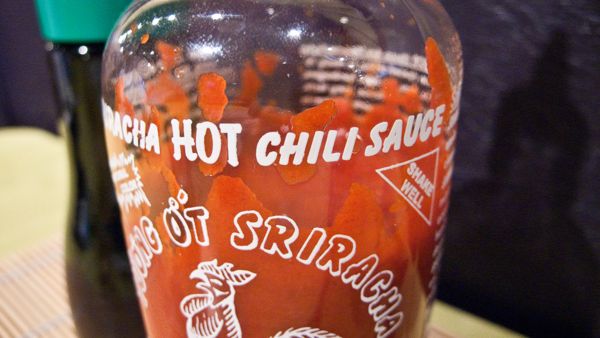 Nobody seems to know what the original purpose of Sriracha sauce was but it’s now turned into as catch-all as catsup. Often used as a condiment with seafood, it’s also been used as a topping for everything from sushi to pizza. Chili peppers give it the whallop that it’s known for. Also known as Rooster Sauce, which comes from the logo on the bottle. 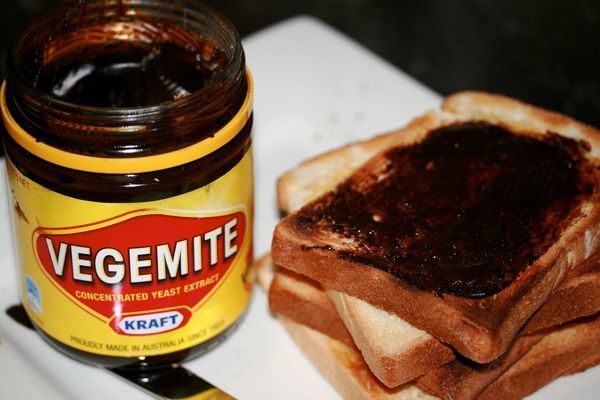 The inclusion of this condiment is simply to placate the Australians (and hangers on) who worship this paste made from yeast extract. Brits will also go on about their similarly-created marmite. With over 20 million bottles made just by Kraft each year, there’s no escaping its popularity. Some even say that it’s a great hangover cure. 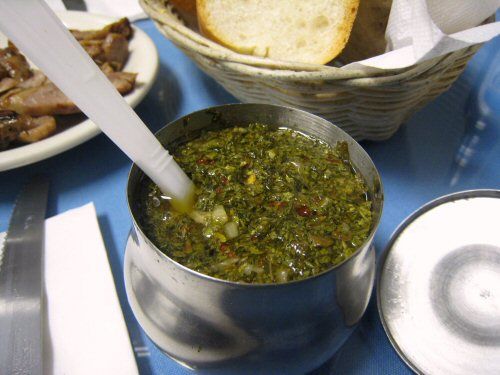 Chimichurri is a popular sauce from Argentina and Uruguay, often used as a marinade for meat. Most people make the Homer Simpson Drooling Sound when it’s mentioned. Key ingredients include chopped parsley, minced garlic, oil, vinegar and red pepper flakes. 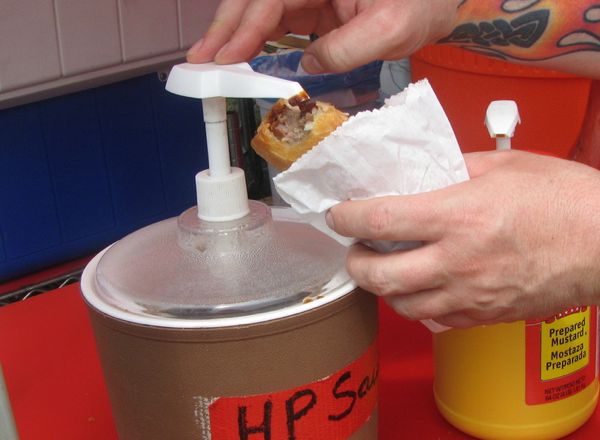 While some Americans have a taste for steak sauce, most across the pond are consumed by it. What’s the magical combination that makes it so popular? How about malt vinegar blended with fruit and spices (HP) or meat stock mixed with flour (Brown Sauce)… 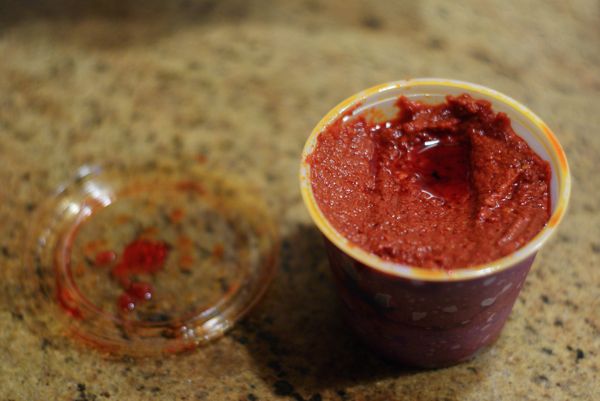 Harissa is a hot chilli sauce made from crushed piri piri chillies, tomatoes and Paprika. This North African creation is even sometimes served alone as an appetizer, especially in Tunisia, where it is present at every meal. 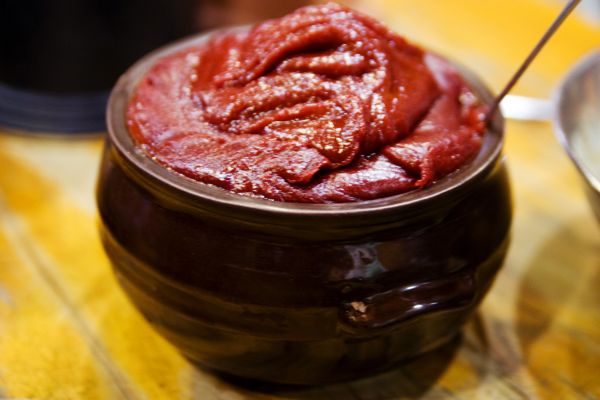 This is a must for the Korean kitchen. Gochujang looks a bit like high-end ketchup but tastes quite different because of its ingredients – chili peppers, glutinous rice powder, fermented soybeans and red peppers. It’s almost holy when combined with Bibimbap (a dish made of rice, vegetables and sliced meat). Not suggested as a condiment when eating live animals, though. 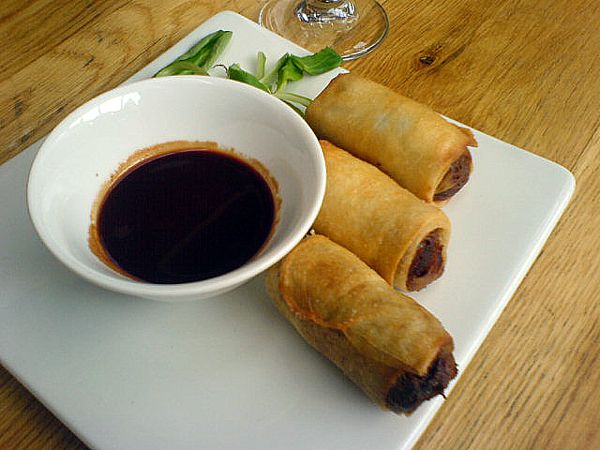 More of a dipping sauce than a condiment, this sweet, soy-based liquid does not contain fish despite the fact that it literally translates to English as “seafood”. It’s often served with spring rolls or pork. 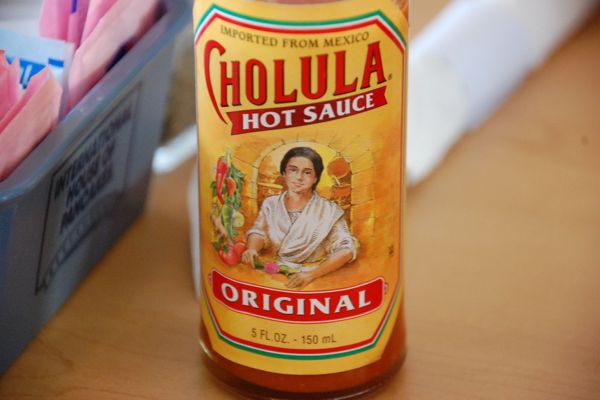 Cholula is a brand from Mexico that makes one addictive Hot Sauce. Packaged with a trademark wooden cap, this condiment is made with pequin peppers, red peppers and various spices. 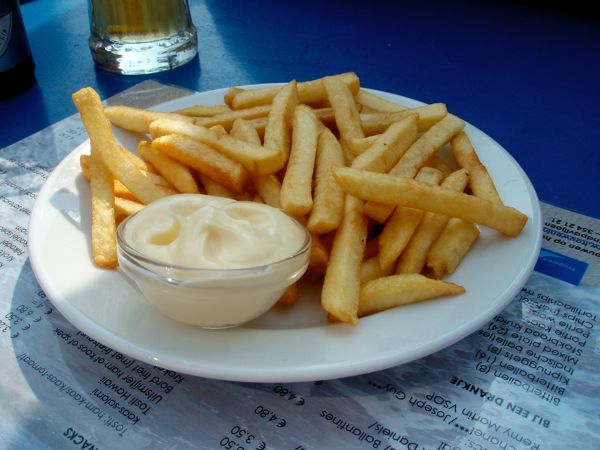 I was going to exclude this but then thought of the outcry that would come from Europeans, who take mayo to new levels of obsession. Also, any opportunity to show a picture of one of travel’s guilty pleasures (french fries, chips, frites, whatever-the-F) is a good one.

This is probably as good a place as any to also list Salsa Golf, a South American goop that is a simple combination of mayo and ketchup, usually slopped on potatoes. 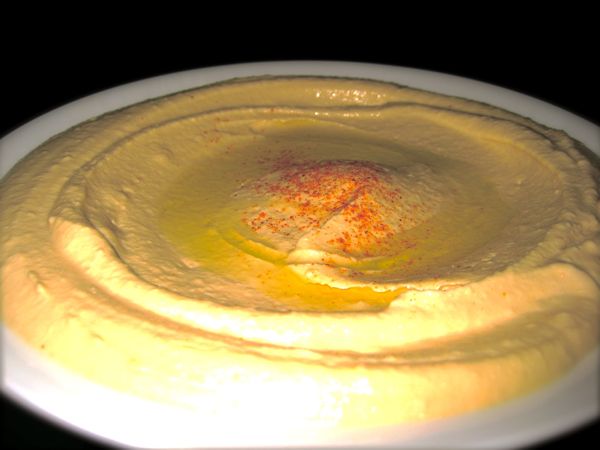 Tahini is a Middle Eastern topping often used in pitas. The key ingredient is sesame seed paste, which gives it a taste unlike any other. With nothing particularly spicy about it, it often even outs even the hottest stuffed pocket. 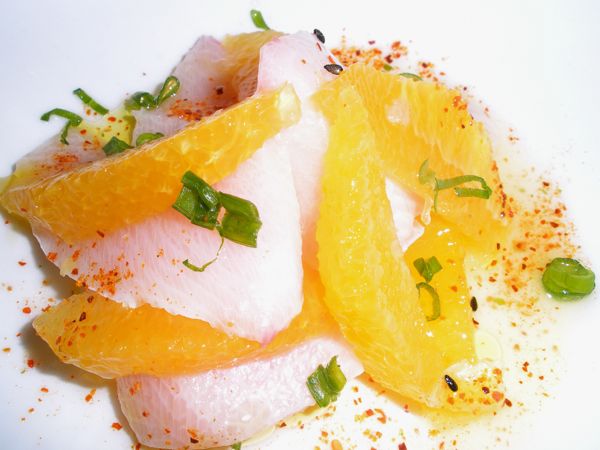 This seven flavor chili pepper powder is a staple in Japan and is often added to soups and noodle dishes, although sushi chefs have recently taken to it as well. Its unique taste comes from the addition of other elements, often including mandarin peel, poppy seed, sesame and nori. 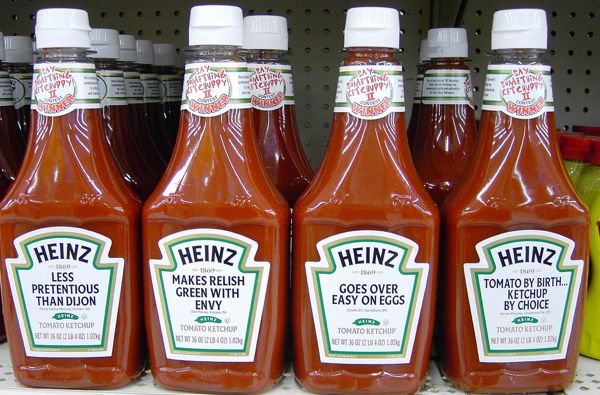 It is not until you’ve had another country’s watery, tomato-tasting sludge that you begin to appreciate the fructose-infused ketchup that Heinz makes. Spend a month in Russia or Laos and you’ll be surprised just how much you miss it.

Bored with what you’re eating? Why not say goodbye to sushi and hello to ceviche? For more on worldly foods, be sure to check out our ultimate resource for food travel.