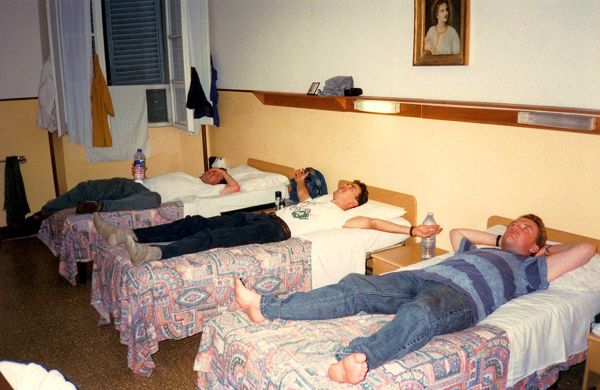 Pope John Paul II apologized for being wrong about the trial of Gaileo. YHA might allow men and women to sleep in the same dorm room. Major advancements have been made in the past decade.

THE GUARDIAN reported this week that YHA is considering the implementation of mixed dorms, in London at the very least. The piece suggests that this move comes as a response to the the rapid growth of the hostel movement, many with properties that not only allow for mixed rooms, but also fancier digs.

No one is mentioning numbers but it’s obvious to this oft-packer that YHA must have a difficult time competing in towns leaking other hostel options. Party backpacker digs certainly aren’t the answer for everyone, but YHA’s are often affairs so stodgy that not even sex-crazed rats would breed in them, let alone backpackers lulled into submission by sparse rooms, concrete walls and a rigid lockdown schedule (which, to be fair, many seem to also be doing away with). 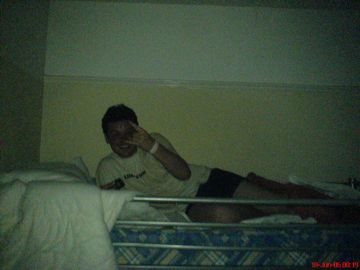 It’s not about taking off the garter belt – it’s more about at least unbuttoning the collar.

Not one put off by being in a room with a woman, I do understand why some people prefer to be with their own sex, especially women who might be traveling alone. Because The Guardian’s piece is less of an announcement and more of a hmmmmm, one has to guess that they’ll at least leave some of the rooms to single sex guests.

More than one person has spoken to enjoying mixed rooms because it leads to a diverse experience, in terms of who you meet. And let’s face it – both guys and girls can be kinda gross.

Let’s hope that one thing is for sure; that like with other hostels, the unspoken code should apply. If you’re gonna get some, find dark corners or take a long shower.

With more and more party hostels popping up each year, it will be interesting to see if YHA loosens up or even realizes that marketing a more puritanical angle might actually benefit them.

I’m kind of Switzerland in the whole debate. Me, I’d be happier if they outlawed bad movies in the common room.